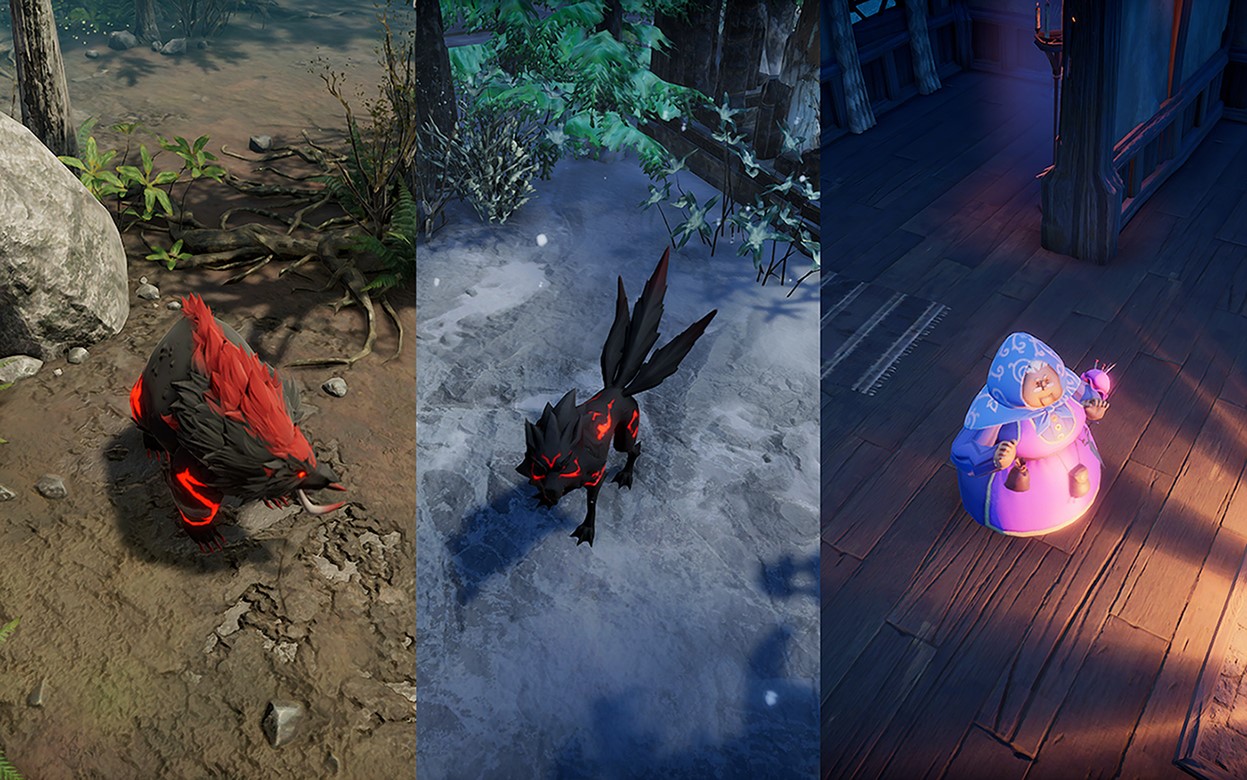 In V Rising, you can obtain the ability to shapeshift into various animal forms, even a human one. This allows you to blend with the surroundings. If pulled off successfully, you can either infiltrate an enemy base, sneak past your enemies, or even traverse the world of Vardoran.

However, to shapeshift to such forms, you need to obtain them first. There are a total of 6 forms you can assume including wolf, bat, bear, rat, toad, and even human. In this guide, we’ll find out how you can obtain them all.

How to Get Every Form in V Rising

As mentioned, there are 6 forms you can shapeshift to in the game. They’re as follows:

With the wolf form, you can increase your movement speed by 45%. This is really useful early game as it can help you travel from one place to another quickly. Also, since you won’t have a mount in the first few parts of the game, shapeshifting to a wolf is really helpful.

To obtain this form, you need to hunt down the Alpha Wolf. You can track this creature in the Wolf Den in Farbane Woods.

The bat form is the last form you can obtain in the game. To obtain it, you have to defeat Nightmarshal Styx the Sunderer who can be found in Cursed Forest.

With the bat form, you can fly across the map which is really useful for traversing impossible terrains. The only caveat is that you won’t be able to transport resources.

The bear form increases your vitality which is really useful for surviving enemy attacks. It increases your rate of regeneration, maximum speed, and resistance while decreasing the amount of damage you receive.

Not only that, but you can also destroy blockades that will normally require the use of explosives.

To get the bear form, you have to defeat the Ferocious Bear in the Bear Cave in Farbane Woods.

The rat form is perfect if you want to sneak past enemies or run from them without them detecting where you are. To obtain this form, you need to summon the Putrid Rat via the Vermin Nest which can be crafted in the Alchemy Lab.

To craft this, you’ll need 120 Bones and 360 Stones. Then, after crafting the nest, you’ll need 1 Twilight Snapper, 4 Fish Bone, and 8 Grave Dust to summon the creature.

With the human form, you can interact with human merchants and even enter villages without being detected. However, you will be recognized by priests, and your blood consumption rate will increase.

To obtain this form, you need to kill Beatrice the Tailor inside Dawnbreak Village. Make sure to kill her as quickly as possible as she will run immediately after being attacked.

The toad form lets you jump really high, but as of now, it doesn’t have much to offer aside from that. To obtain this form, you need to defeat the Duke of Palaton in the Swamp of Greed.

ALSO READ: V Rising: How to Find and Mine Iron