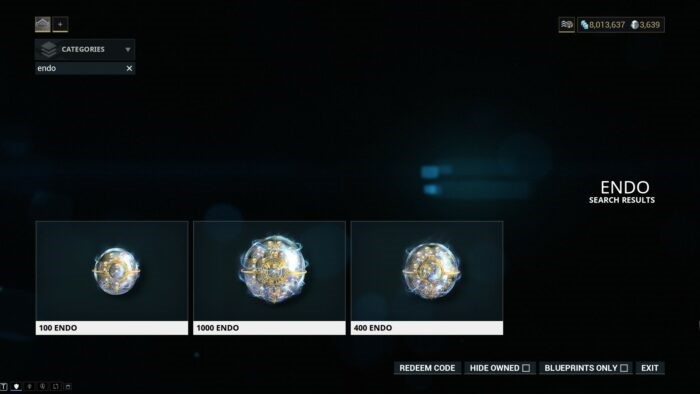 If you’ve played Warframe, you already know how important Endo is. Endo is a special resource that you use to upgrade your Mods via Fusion. The problem is that they only come in small quantities. Luckily, you can actually farm them in different locations, and that’s exactly what we’re going to talk about here.

Without further ado, here are the best Endo farm locations in the game.

What are the Best Endo Farms in Warframe

Let’s start right off with one of the best Endo farming locations you can access early on in the game. I’m specifically talking about the tier 5 bounties in Cambion Drift located on planet Deimos. The best part about this farming location is that the enemies are a bit weak, so you can kill them off pretty quickly. The missions included are also pretty straightforward.

The first stage will grant you roughly 45% of obtaining up to 1000 Endos which is actually pretty decent. Apart from that, the entire run will only take around 15 minutes on average.

Another bounty mission you can do to farm Endos is the Narmer Bounties which are unlocked after completing The New War expansion. You can find these bounties in The Plains and Vallis, with an average of 10,000 Endo per hour with a bounty that takes roughly 10 minutes to complete on average.

Next up are Arbitrations which grant you not just Endos but Ayatan sculptures which you can also exchange for Endos via Maroo’s Bazaar. On average, this will net you around 10,000 to 15,000 Endos per hour, with the potential to go up to 20,000 Endos per hour when done with a good team.

Then there are the Railjack missions which grant not only Endos but a variety of other loots as well. You can run Flexa (Veil) if you want to run the fastest missions that can be completed in just a few minutes. You can farm around 10,000 Endo per hour with the potential to go higher with an efficient team.

The last farming location which is also possibly the most challenging is the Sedna Arena in Vodyanoi. Ideally, you want to run this with a group as the number of enemies that spawn will scale with the number of players in your party.

This Endo farming method is pretty simple but very lucrative. All you have to do is kill as many enemies as possible within the time limit. Each enemy will drop a number of Endo ranging from as low as 15 Endos up to 50 Endos, so the more the enemies present, the more Endos you can earn.

ALSO READ: Warframe: How to Play Void Cascade in the New Update Angels of Zariman