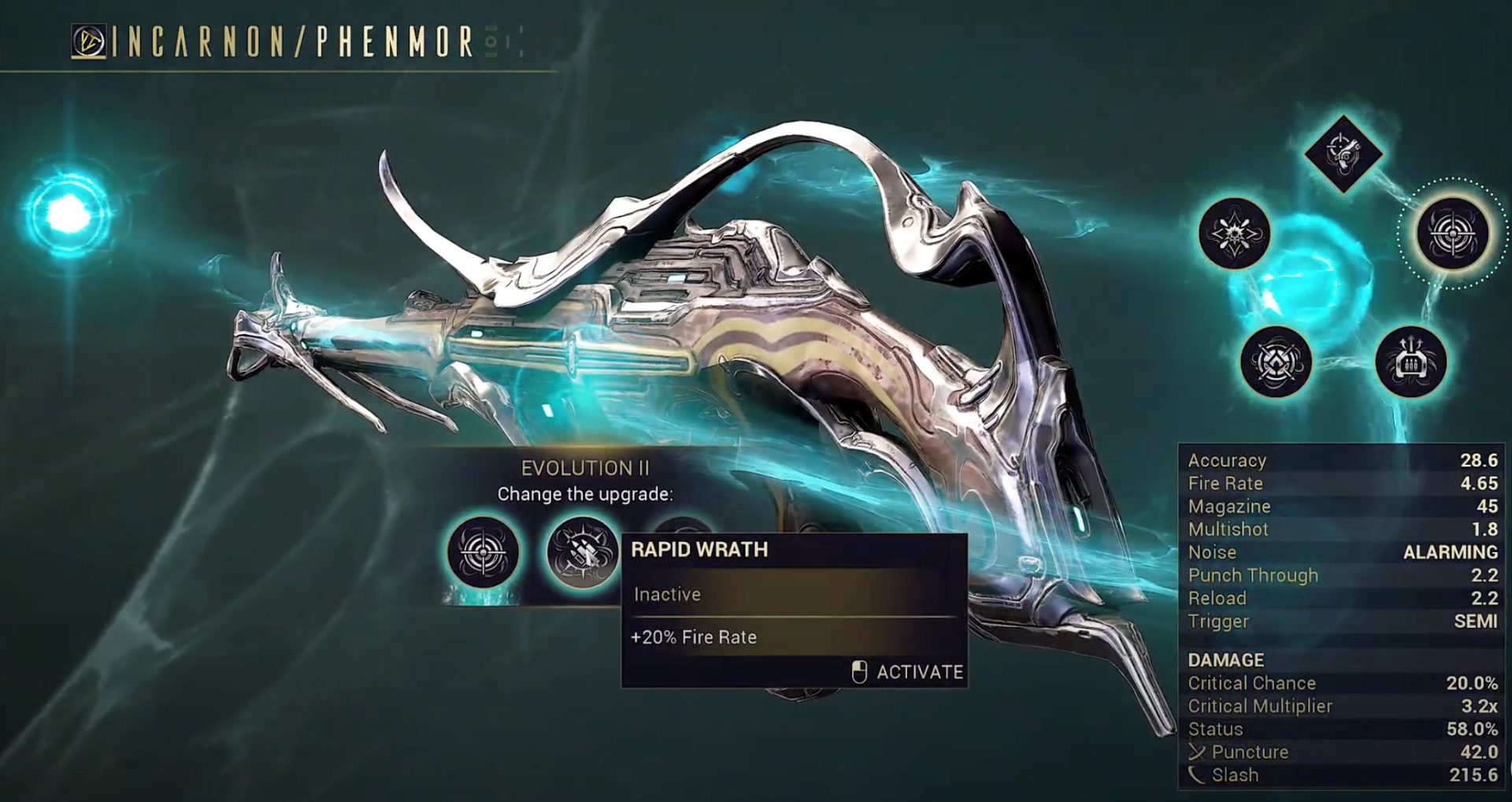 The Phenmor is an Incarnon ceremonial rifle recently introduced in Warframe. It is a semi-automatic that can be transformed into a heavy rapid-fire weapon after scoring some headshots. The weapon primarily deals slash damage, but its alternate fire allows it to shoot radiation damage. With a strong gun, you can easily explore the game without worrying about monsters.

This guide will teach you how to obtain the weapon’s blueprints and the requirements to craft it. We have also added some valuable and interesting builds that can fully maximize Phenmor’s potential as Warframe’s strongest rifle. Excited? So are we! Let’s get it on!

You can purchase Phenmor’s primary blueprint at Rank 2 – Watcher. Just talk to Cavalero of The Holdfasts and pay 6,000 standing.

The rifle’s manufacturing requirements are as follows:

Crafting typically takes 24 hours, but you can pay 35 platinum to bypass crafting time and instantly get the weapon.

This build is tailored for steel path disruption and is meant to be used with arcane accelerations, taking advantage of the additional 90 fire rate buff.

It doesn’t require enemy armor stripping when facing trash or weak mobs. Additionally, you need a primer for this setup.

Using Phenmor doesn’t require you to optimize DPS as the weapon is already OP, so it’s best to prioritize having a balanced setup that you can use in different scenarios.

This mode takes advantage of Phenmor’s raw damage and is meant to be a standalone setup for a generic steel path.

It deals a tremendous amount of damage and can easily defeat any monster on sight, proving that Phenmor is currently the strongest rifle in the game.