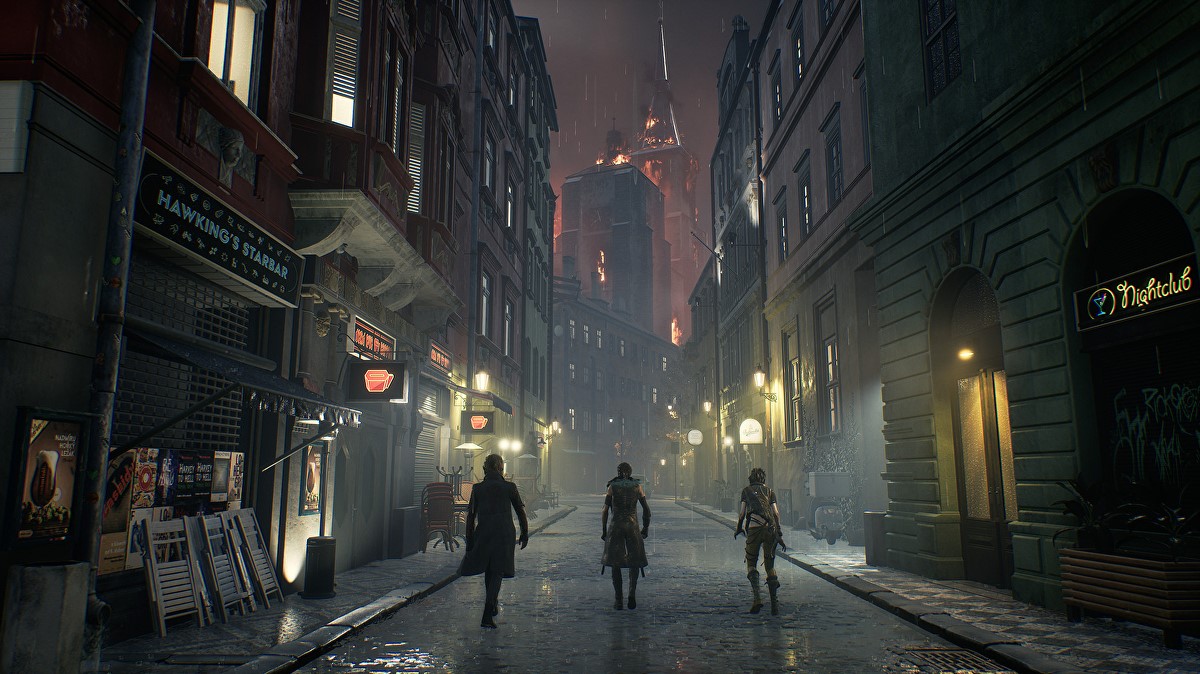 There are three vampire clans in the Vampire: The Masquerade Bloodhunt video game. These clans produce two archetypes, each with different skills giving an edge over the others. However, some of these skills are better than others and will earn you a better advantage in combats.

The Best Archetype To Use | Character Tier List – Vampire: The Masquerade Bloodhunt

The free-to-play game has six characters, two each from three different clans. These characters are also called archetypes with skills including a clan skill, an archetype skill, and a passive skill.

The archetypes/characters include the Brute, Vandal, Prowler, Saboteur, Muse, and Siren.

The Brute and Vandal archetypes come from the Brujah clan, the Prowler and Saboteur are from the Nosferatu clan, and the Muse and Siren are from the Toreador clan.

The Brujah is considered the best and most powerful of all with its skillset. Its skills include but are not limited to performing powerful jumps (the clan skill), healing fast up to half health when not under attack (passive skill), and causing a shockwave that can stop bullets (archetype skill).

With this skillset, Brujah is often considered the strongest Archetype in the game.

Can you imagine healing up to half health in seconds after you’ve run away from combat? It is very useful skill to use, and its shockwave is perfect for avoiding tense situations. Even though her abilities are not “In Your Face” and damage sorted, it is still quite useful.

The Vandal is the second-best, with a clan skill to perform forward jumps, a passive skill to resist damage when in tight space with enemies, and an archetype skill to cause earth shock that lifts and damages enemies.

Its skills can be very useful in-game, especially for close combat. You’d want to attract your enemies closer, where you can tank the damage with the passive and destroy them with earth shock.

The Prowler is next with a clan skill to become invisible and move fast for a short time. It has the passive skill to sense wounded enemies and an archetype skill known as the Scouting Famulus to send out bats for surveillance purposes.

Most people consider Prowler as a supporting character since it can be used for finding enemies faster. With that said, it is also powerful as the main class.

Its invisibility makes him pretty sneaky. So, if you like laying low until the end game or using strategy to kill enemies, The Prowler is a good character to use.

The Saboteur takes the following position with a clan skill to become invisible and move fast for a short period. Its passive skill is to be partially invisible when crouching, and an archetype skill that throws bombs releasing harmful gases at enemies.

The invisible skill is pretty OP. Crouching can help you avoid enemies or sneak up to your target without them noticing until you are ready to set the bombs away.

It is a powerful class if used the right way. So, if you still haven’t tried Saboteur, you should give it a go, it might become your main.

The Muse takes the second to the last position with a clan skill to teleport and send projections at will, a passive skill to use powers when down, and an archetype skill to heal itself and allies when not taking damage.

The Muse isn’t wasting any time to the last breath. Even when you are down, you can use your powers, and with the healing ability, The Muse is also a great tanker.

On top of that, the teleport skill is pretty useful especially for traveling to unreachable places.

My last and least favourite is the Siren. This character has a clan skill to send out projections and teleport at will, a passive skill to charm civilians into friendliness, and an archetype skill to blind enemies with pure beauty.

Even though Siren is in the last place on our list, it is still a good Archertype that can be useful in the game.

It is kind of a supporting character without too many useful skills when it comes to combat. With that said, the blind makes him a pretty good for escaping tense situations.