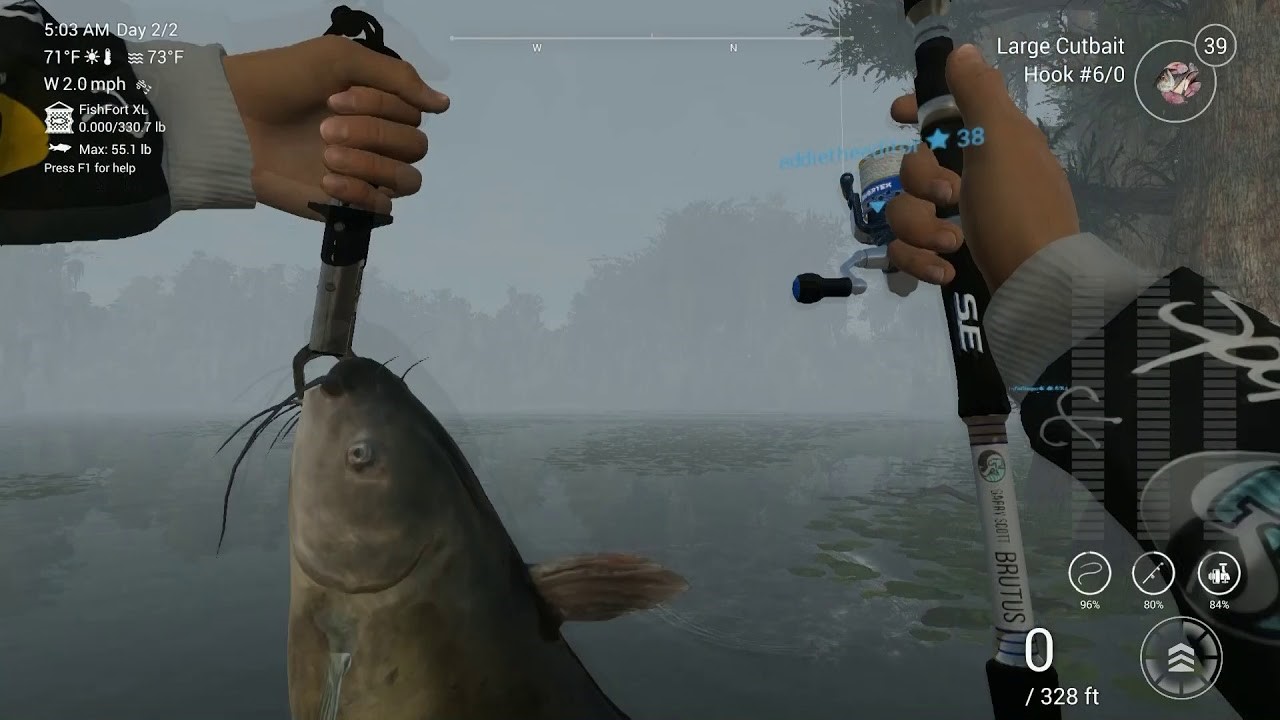 Catfish are a very diverse group of fish, whose name is inspired by their whisker-like barbels. Catfish vary widely in size and behavior and they are very commonplace among many regions. No surprise then, that they’re one of the many types of fish you can find in Fishing Planet.

Facts About Catfish in Fishing Planet

One thing that all catfish share in common is that they generally prefer deeper waters. You will have to prepare your gear specifically for trying to reach the depths to have a good chance of catching the catfish. They also prefer live prey, which is also something to keep in mind.

While the game Fishing Planet features a wide variety of catfish, with 19 different species in the game, the most common is the Channel Catfish, found in the most location compared to other species.

Where to Catch Catfish in Fishing Planet

While there are many spots where you can find catfish in Fishing Planet, a recommended area is the Quanchkin Lake in Louisiana. This lake alone is home to 3 different species of catfish: Blue Catfish, Flathead Catfish, and Channel Catfish. Blue Catfish can appear in Common and Trophy variations. Meanwhile, the Flathead and Channel catfish can appear in Common, Trophy and Unique variations.

All of these catfish have some things in common. Once again, they are bottom feeders. They prefer to stay in the deeper parts of the water. So, you have to prepare for that. Additionally, the Flathead and Blue catfish both have the same preferred baits. This makes it easier to try to fish for both at the same time.

While it’s hard to specify any one spot to catch these fish due to how much variance there can be, here are some tips for catching these fish.

How to Catch Channel Catfish

The channel catfish is a bit unique compared to the other catfish covered here. It spawns in 5 different locations: Lone Star Lake, Mudwater River, Everglades in Florida, Quanchkin Lake, and Blue Crab Island.

Its preferred lures are the craws and crayfish. Its preferred baits are pet food, leeches, small cut bait, large cut bait, and blood. Make sure you use these lures and baits when you try to fish for them. Also, again, make sure to stick to the deeper parts of the water, where they are much more likely to spawn.

Quanchkin Lake is a good spot if you use leeches as bait, as the Blue and Flathead catfish are also in the area and also prefer leeches.

How to Catch Blue Catfish and Flathead Catfish

These are probably the best catfish to attempt to catch early on. They both share a habitat, Quanchkin Lake. They also both have the exact same lure and bait preferences. Their preferred lures are the shads, crayfish, craws, and crankbaits. Their preferred baits are leeches, medium cut bait, shiners, large minnows, and crawfish.

In summary, use craws and crayfish as your lures and leeches as your bait. Stick to the Quanchkin Lake area. Due to the shared habitat and preferences of these 3 catfish, this is one of the best setups and locations to catch a variety of catfish.