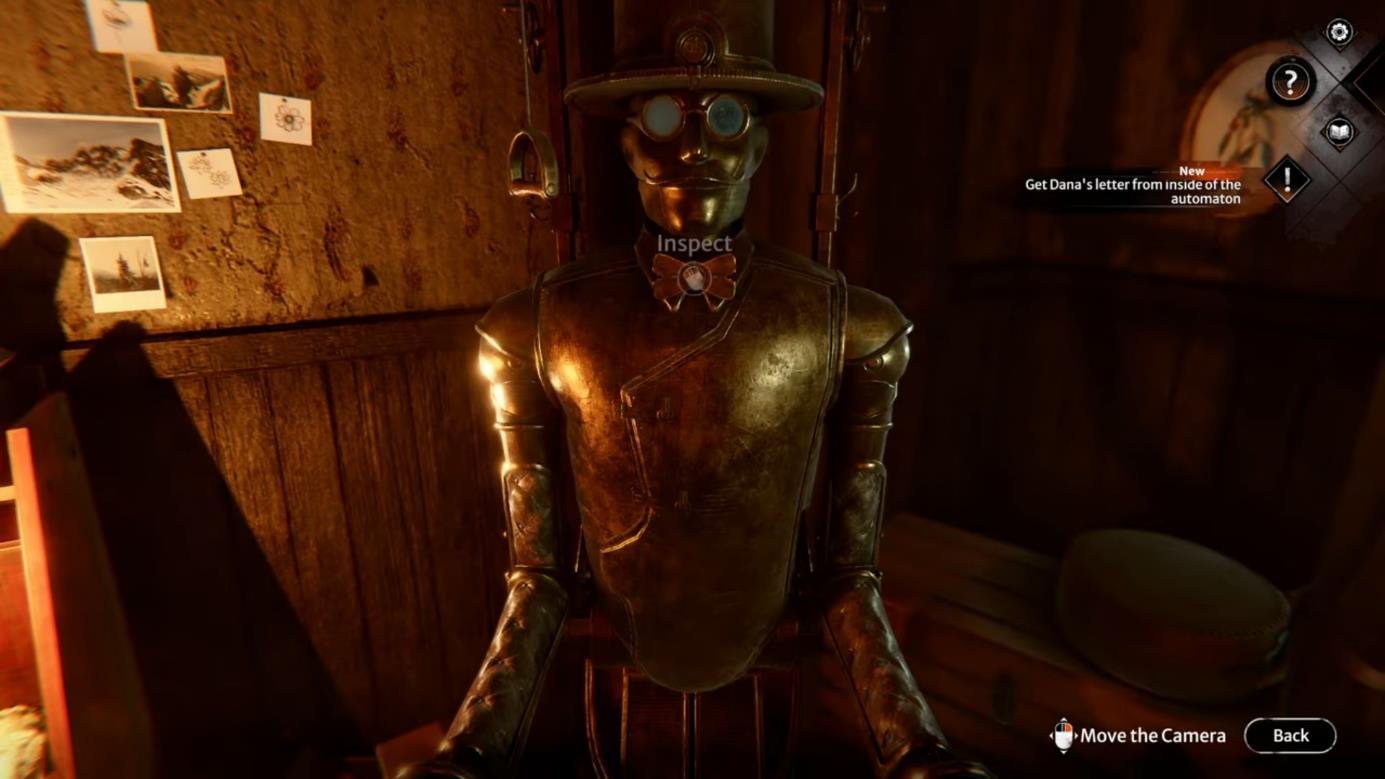 Dana’s Letter hides the last secret needed to piece together the game’s story, but to obtain it, you’ll have to figure out how to operate an old automaton without any clues whatsoever. The puzzle can be quite difficult, but this guide should help lead you through all of its steps.

How to Get Dana’s Letter From the Automaton in Syberia: The World Before

You can interact with the automaton after listening to Leni’s confession, but you won’t be able to do much unless you have the Voralberg Key. It can be found in a room downstairs in one of the armrest of Leni’s wheelchair.

Now you can work on fixing the automaton. First, open the two clasps on it’s chest, than rotate both halves of it’s bowtie by 180 degrees, to form a keyhole. Use the Voralberg Key on it to unlock the machine’s heart.

Now, change the shape of the key to make an L. The upper prong should have the diamond at the end. Now, you’ll see a seemingly complex mechanism moving, with a blockade that will not allow you to remove the heart.

You’ll need to use the handle at the top in order to stop the mechanism so that the rotating circle at the bottom will expose the small key you need to pull. Now, you can rotate the crank in the lower right and push the central switch all the way down, to remove the automaton’s heart. Insert Oscar in it’s place to give you more control over the machine.

Now it gets a bit tricky. You’ll need to lean twice with Oscar to expose another keyhole on the automaton’s back – this one requiring using the key with only one diamond prong extended. Rotating it will change the position of the route you might’ve noticed before on the machine’s stomach.

On the back of the Automaton there is a slider you can use to release the small knob on the machine’s stomach. But to use it, you’ll have to place Oscar in a straight position first. While you’re at it, move both of his arms/hooves up twice, to remove the small blockades on the Automaton’s chest.

Now, all that’s left to do is turning the crank on the Automaton’s chest and using the key with all the prongs down on the lock in the machine’s mouth. You should now have the access to Dana’s Letter.

Related Topics:Syberia The World Before