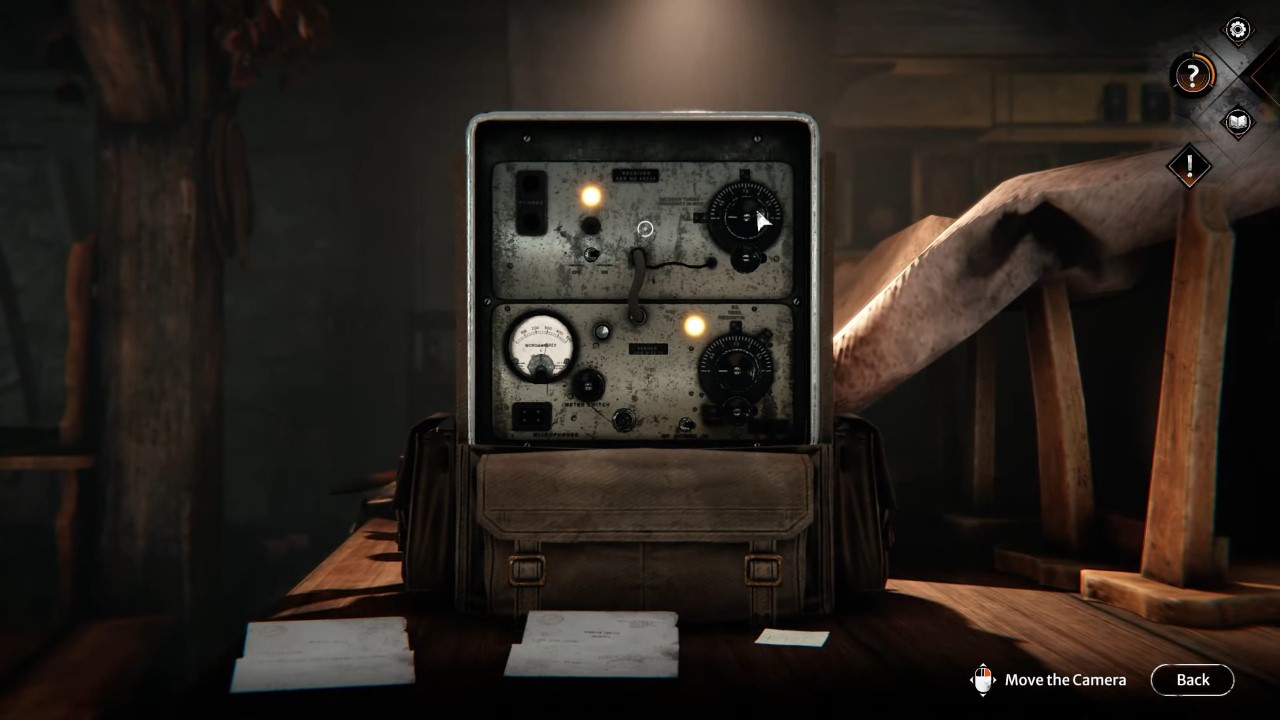 The radio puzzle is encountered during your second visit to the Silberspiegel Refuge. The puzzle mostly requires players to turn on and configure a radio, but a lot of the required frequencies are in Morse code. Players who don’t know Morse code, or have trouble understanding the in-game documents, might have a hard time with this puzzle. But this guide should make it easy for everyone to solve.

Radio Puzzle Solution for Syberia: The World Before

Before we get started with the radio puzzle, you’ll first need some extra parts to make the radio work. First, head to the attic and inspect the radio transmitter on this table. You’ll obtain the “Voralberg antenna”. Interact with it until you extend the 4 pins at the bottom.

Now go back to the radio below. Plug the antenna into the cross-shaped opening on top of it. Once it’s placed, interact with the valve-like handle at the top to extend it. Drag it up with your mouse when prompted.

With it extended, you’ll need to again operate the valve-like handle. Drag your mouse until you tilt the antenna at an angle and then interact with the slider next to the handle. This will open the antenna. Finally, press the button at the base of the antenna to turn it on. Also remember to flip the Batteries switch on the radio to On.

Now open the side pocket of the radio to get some pieces of paper with information about the puzzle. This entire puzzle is based on Morse code. In the paper, you’ll get an encoded frequency listed as “2111.12.121.21”. This is Morse code. The 2s stand for long beeps and the 1s are short beeps. This translates to “BARN”, which one of the papers lists as code for 6,9. This is telling you to set the dial on the Receiver part of the radio to 6,9.

You’ll receive a transmission, which is another Morse code. In this case, its morse for “PEAK”, which one of the documents lists as code for 8.4. This is the frequency you need to set the Sender dial to.

With that set, the puzzle is completed. Simply pick up the listening device on top of the radio and the story will continue.

Related Topics:Syberia The World Before