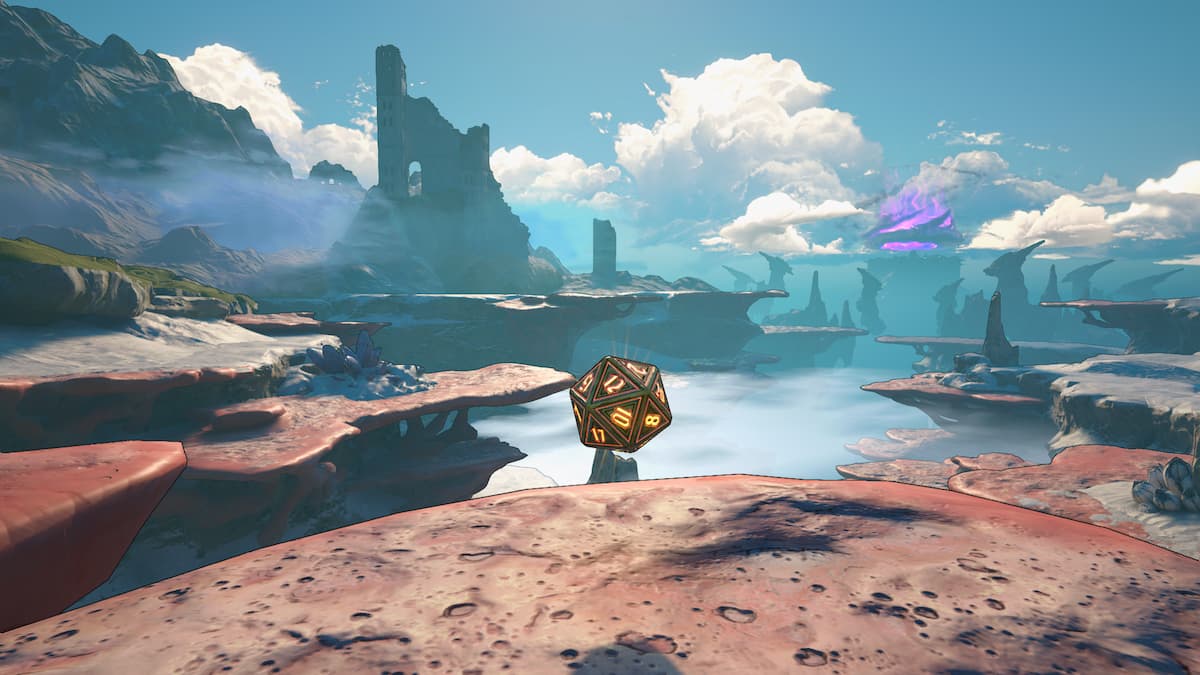 Tiny Tina’s Wonderlands has several treasures, including Lucky Dice. They’re golden D20s used in tabletop gaming, and when you find them, you can roll a number from 1 to 20 to see what kind of prize you’ll acquire. Of course, finding Lucky Dice will also boost your Loot Luck stat.

You would be unable to use some of the dice in Queen’s Gate until you’ve completed the Main Quest Emotion of the Ocean. This guide will contain details on what happens during the quest. In addition, each of the Lucky Dice locations in the Queen’s Gate region will be listed in this Tiny Tina’s Wonderlands Lucky Dice guide.

The Queen’s Gate has several dice dispersed around the areas of Kindness Landing, Buttsville, Honor’s Tower, The Rampant Parts, and the Salten Dredge.

Drop down from the broken bridge to the fishing cottages below when approaching Buttsville along the Queen’s Gate route. Defeat the skeletons on the first pier on the left. The Lucky Die is hidden behind a fisherman’s house at the end of the pier.

Enter the town after meeting Paladin Mike at the big gates leading into Buttsville. The Lucky Die will be on the second house to the right’s balcony.

To get to the balcony, walk around the fire on the right side of the house and jump onto the roof.

Mike Paladin will ask you to take down a catapult in Buttsville. There will be a Lucky Die by the home to the left of the catapult when you find it. Turn around to the back of the home, which is perched on the cliff’s edge.

Head down the route to the crossroads and turn right from the Buttsville inner gate. Follow the path as it descends and circles (right before the main entrance into Brighthoof).

A little cave will open up in the mountainside to the left. The die will be on the back far wall of the cave opening.

There is a house on the left after Tina crosses the bridge from Honor’s Tower to Buttsville. On the balcony lies the die. Go around the house and onto the low roof to reach the die. Climb to the top and then descend to the patio.