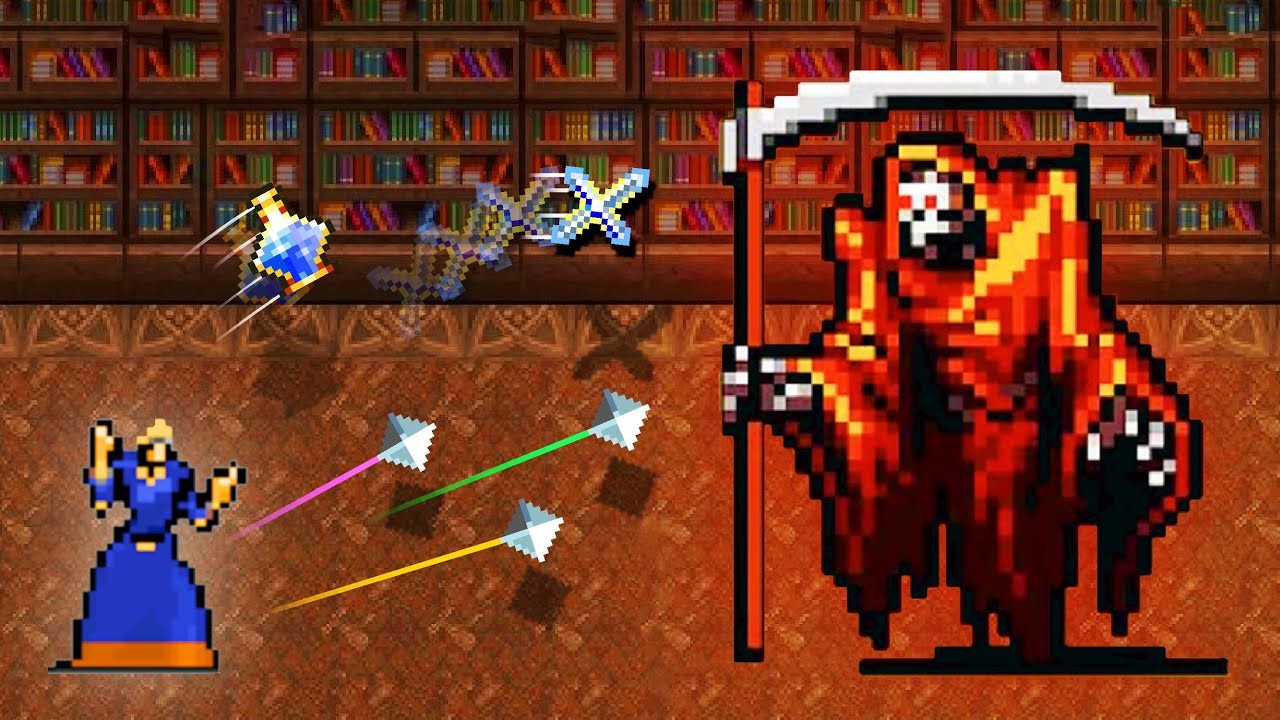 Vampire Survivors have a ton of quirky characters, and one such character happens to be the Mask of the Red Death. This character is actually a secret character that you can get by killing Death himself. Although this might sound impossible, it’s actually quite doable. You just have to know what to do and prepare yourself for the fight.

You want to keep in mind that precise positioning is vital in your quest of killing the Reaper. In most cases, it will require several times before you can finally unlock the character, considering that a slight mistake could mean the death of your character.

The prerequisite for this mission is Clerici as well as the Hyper Mode for the Inlaid Library. You also want to make sure to refund your Vampire Survivors Powerups. Lastly, you’ll want to purchase the following in their maximum ranks:

You can then spend your extra coins on Banish, Reroll, and Skip.

Once you’ve made all the right preparations, choose Clerici and equip Awake as your Arcana, then head over to the Inlaid Library. You have to make sure Hyper Mode is turned and Arcanas are turned off. As soon as you arrive in the area, you should head upward to get the green gem found on the table.

Doing so will cause you to level up, and during this part, you’ll have to obtain the weapon Runetracer. If the weapon does not appear, simply reroll or restart your run until it becomes available. Equip the Runetracer and make sure Clerici is positioned in a way that her left hand is in line with the clock’s center and her belt buckle is in line with the third step of the stairs to the left.

You can leave it that way for around 30 minutes. However, during this duration, there’s a chance that you’ll go up to level 3. You just have to restart your run once that happens. Once 3 minutes have passed, enemies will no longer drop gems. Instead, you should be able to see a red gem drop on the left side.

If there’s no red gem, simply restart the run. Throughout the duration, you’ll also pick up chests which will cause you to take some damage. There’s a slim chance that your character might die here, and if that happens, it’s probably because you’ve picked the wrong powerups or your position is a bit off.

Once 30 minutes have passed, the Reaper should then appear. If you don’t see him yet, just move slightly down and he should appear. As soon as this happens, go pick up the red gem to level up. As you level up, make sure to pick all of the essential items listed below:

You should prioritize Lancet and Laurel to make sure you stay alive. After that, head back to the table. Position Clerici in a way that her belt buckle is in line with the middle step of the stairs and her body on the right edge of the table.

At this point, all you need to do is wait for around 3 minutes and watch as the Reaper dies. You won’t be getting any notification that the Mask of Red Death is unlocked. Instead, you just have to go to the Character Selection menu and he should be there.