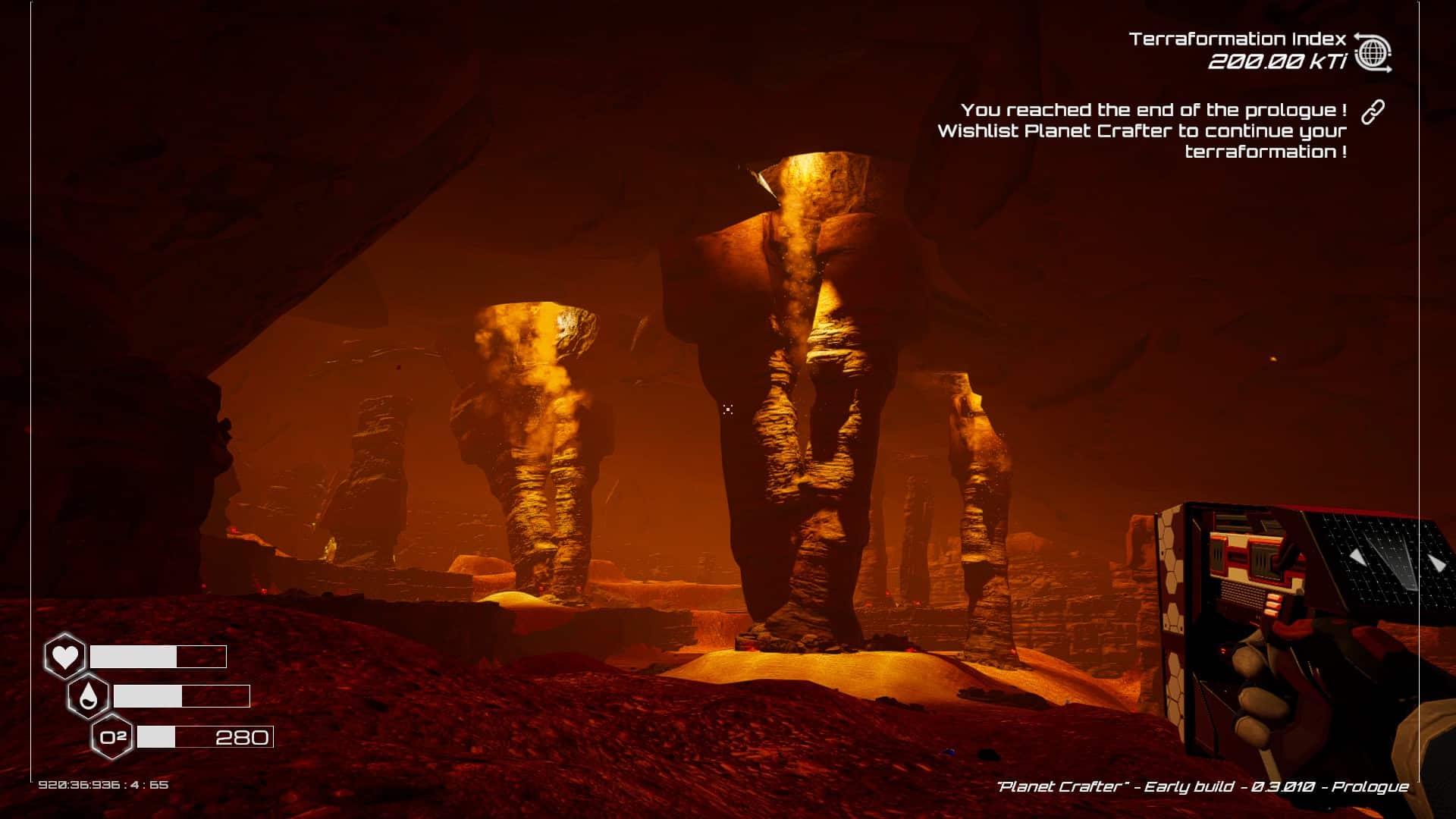 Currently, 4 secret caves exist in The Planet Crafter. These secret caves have oodles of rare resources such as sulfur. On top of that, they have very limited osmium. You will have to progress through the game to a certain point to access them, but this guide will tell you everything you need to know.

There are currently a few secret caves found in The Planet Crafter. They provide many unique end-game resources, such as the limited osmium. Like other things, such as wrecks and golden crates, their locations are currently stationary. However, as the game’s development continues, they might become randomized. Keep that in mind as the game gets updated.

Regardless, we’ll go over their current locations. First off, notice your coordinates on the bottom left of the map. There’s a set of 5 numbers just like 200:400:100:10:30. For our purposes, we’ll only use the first 3 sets of numbers. These coordinates will allow us to have an easier time locating the caves. There’s some variation with coordinates due to player positioning, but our estimated coordinates should be pretty close.

This cave is found pretty close to the starter area. You’ll want to locate a big stone structure next to the shipwreck in the area. You might have come across this cave naturally earlier on. The thing is, its entrance is completely sealed by ice until you progress further in the game. Once the ice has melted, you can enter and find a good amount of osmium inside.

This one is in a somewhat nondescript location. Basically hiding in plain sight. We recommend just following the coordinates here for the general area. There should be some really tall columns in the area. Nearby, there’s a much smaller round rock, pictured above. Simply find this rock and circle it until you find an opening. The cave’s entrance is in this opening.

This one is found in the Field of Spiked Columns found around 366:30:-59. It’s hard to give directions to this cave, as there aren’t many noteworthy landmarks in this field. You should hug the wall of the area until you find an opening in the wall with some stalactites. Much like the other caves, you’ll have to wait for the ice to melt to enter it.

As an extra visual aid, the cave is in the circled area in the picture below: