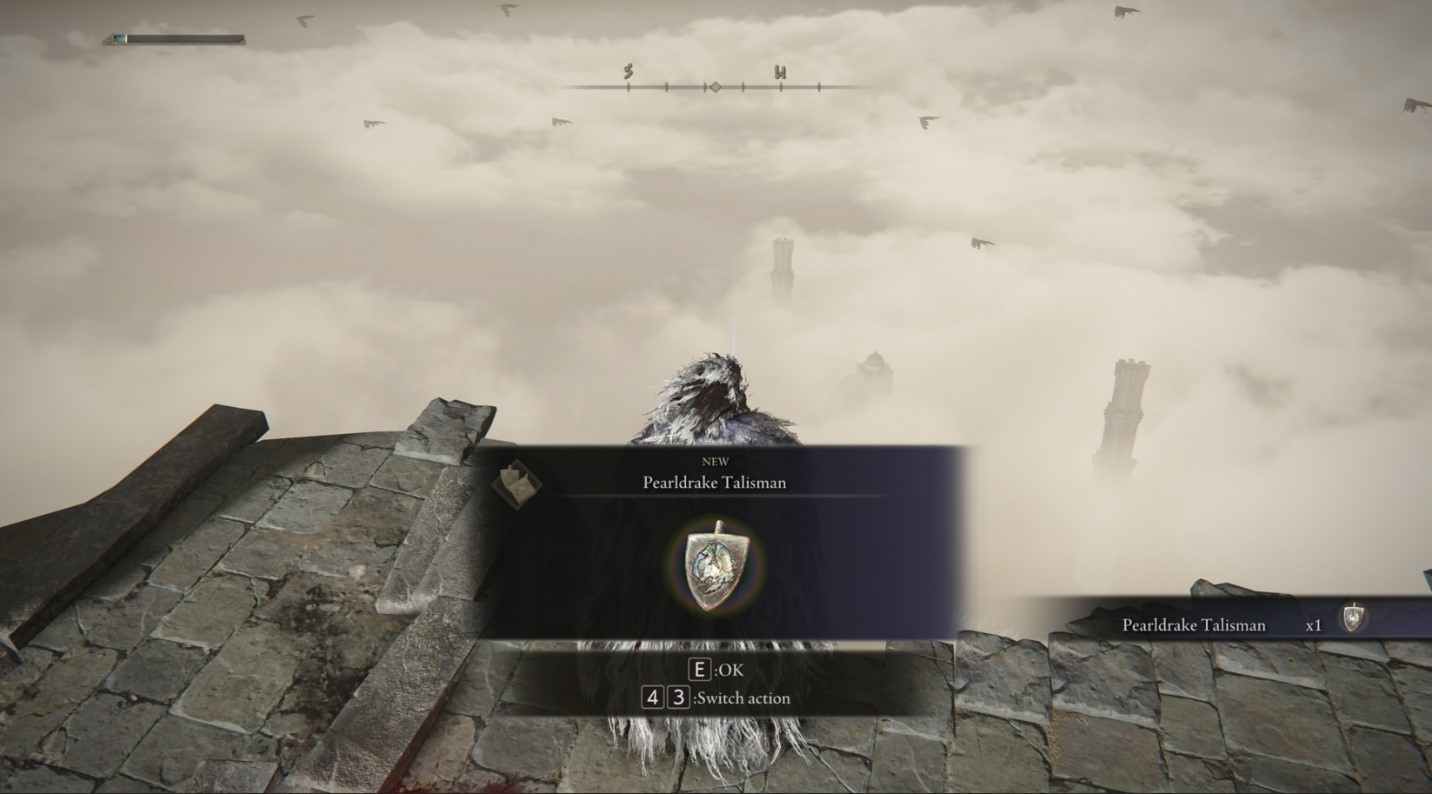 If you’re planning on bolstering your character’s defenses as much as possible in Elden Ring, then the Pearldrake talisman is an excellent choice. As the counterpart to the Dragoncrest Shield talisman, the Pearldrake talisman boosts your non-physical damage negation. This means reducing the damage you take from magic, fire, lightning, and holy spells and attacks.

If you don’t have one yet, then simply follow the guide below.

How to Get Pearldrake Talisman in Elden Ring

The talisman can be obtained from Crumbling Farum Azula, which is an endgame area in the game. However, there’s a trick you can use to get there pretty early on. To do so, you’ll want to head to The Four Belfries which is found in Liurnia of the Lakes.

From there, head to the highest part to loot the Imbued Sword key inside a chest. After that head down and go to the second belfry from the bottom. Go close to the Imp statue and interact with it. When prompt to use the key, select Yes.

This will activate the portal nearby. Simply go inside the portal to get teleported to Crumbling Farum Azula. Once you’re in the area, head left and jump down the ledge until you land on a platform below. Immediately turn right and look for a small floating platform below.

Before you go all the way down, keep in mind that there will be a couple of beastmen in the area. You can kill them from above using a bow or a spell. However, if you’re a melee build, your only option is to kill them as soon as you land below.

After clearing the area, head to the left section of the platform until you find another platform below the ledge. The talisman is just on top of the corpse at the edge of the floating platform.