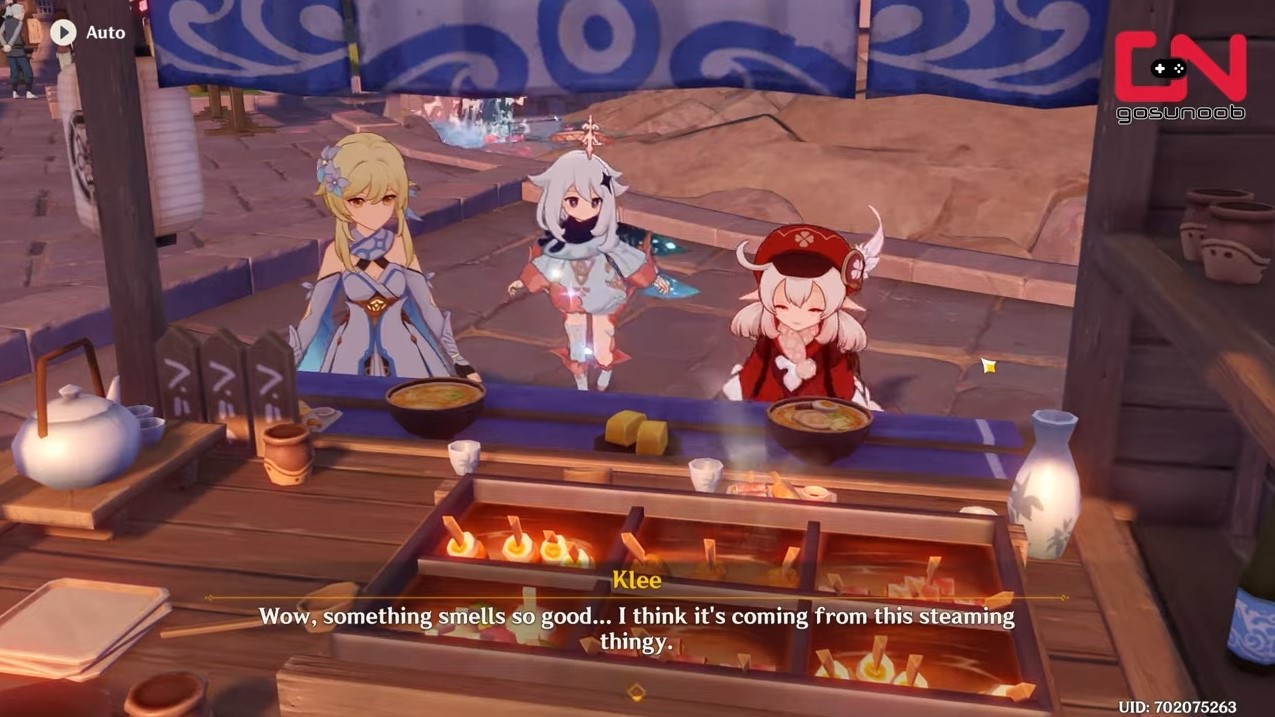 Genshin Impact is filled with a lot of quests, and one quest in particular will assign you the task of giving 3 delicious egg rolls to an NPC named Klee. If you’re a first-time player, it’s obvious that you have no idea how to complete this quest. Luckily, this guide is for you.

How to Give Klee 3 Delicious Egg Rolls

Though the quest sounds easy enough, it actually involves following a handful of steps to complete. Before you can even start, you’ll have to complete the quest called “The Strange Tale of Suikou’s Tipsy Tincture” first. As soon as you complete that quest, only then will you be able to unlock the “A Story for You” quest.

Here are the steps you need to follow to finish the quest:

1. Upon starting the quest, head to the Five Kasen Plaza and look for Albedo who will ask you to take care of Klee.

2. Klee will arrive shortly, after which you’ll have to give her a tour around town.

3. While strolling, she’ll stop in front of a food stall selling a handful of delicious foods.

4. After a short conversation, you’ll then offer to prepare three egg rolls. One for Klee, one for Paimon, and one for their new friend.

To cook the egg rolls, you’ll need to learn the recipe first. To do this, head over to Shimura who’s located in Inazuma City. Buy the egg roll recipe from him (this costs 1,250 Mora), and after obtaining the recipe, simply cook an egg roll.

You’ll need 1x Sugar and 1x Bird Egg, and since you’ll be cooking 3 egg rolls, you’ll need 3 of each ingredient to finish the quest. After you have 3 egg rolls, simply give them to Klee.