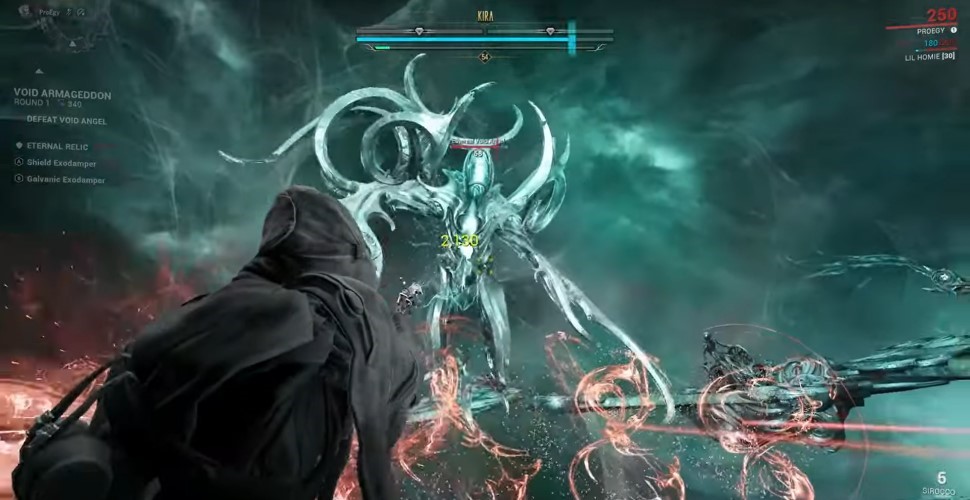 The Void Angel is a new boss introduced in the Angels of the Zariman update in Warframe. Kira, a Void Angel, is introduced in the intro mission of the new story quest. The fight is relatively easy but the monster’s attacks might be hard to anticipate, making the task quite difficult. But don’t worry; we got you!

How to Beat Kira Angels Guide in Warframe Zariman

The first Void Angel you’ll meet, Kira, appears during the new Void Armageddon story quest in the Angels of the Zariman.

This mission type includes two mechanics: tower defense and resource gathering. Once you successfully defend two points, a message indicating that a Void Angel is nearby will appear.

When Kira appears, you will notice she has multiple health bar segments. Scary? Wait until we tell you that you can only empty one health bar at a time.

Fortunately, defeating her is easy.

First, continuously barrage Kira with attacks until her health bars deplete, which starts the real fight.

Corrosive Damage and Void Beam can greatly help taking out her shields. You need to weaken Kira and swap to your Operator to enter a pocket dimension of The Void and fight her true form.

Another thing to keep in mind, you will need to gather shattered protective fragments to shield yourself against a fatal energy attack.

Once Kira’s blue health bar drops to 50%, she will summon two golden orbs to protect her. Use your Void Sling ability to pass through these golden orbs, which may take several tries to land a hit on.

But when you do, the orbs will explode and you can continue attacking Kira until eventually defeating her. However, be wary of the bottomless pit.

ALSO READ: Warframe Angels of Zariman: How to Get All Voidplumes