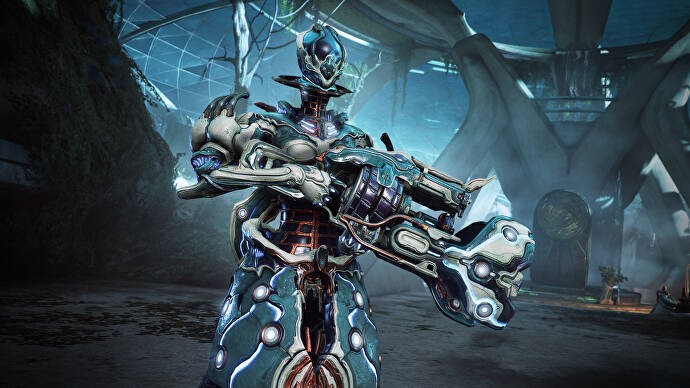 There are several Warframes in the Angels of Zariman game with special skills in combats. The 49th and newest addition is GYRE, with an energetic and momentous style of play that could deliver electrical status damages and crucial hits. The Alternox Rifle her its assigned weapon, and she has four special abilities that come in handy.

Our review of GYRE reminds us of the hybrid of sentient and Warframe that was raised in the wreckage of the old war, Caliban. GYRE is as extraordinary as he was, with the fun and excitement she brings to the gameplay. Although not steel-path ready, she comes with four special abilities, and her EHP is enclosed in shields.

We discovered that at level 30, she has only about a hundred armors, 300 health points, and 525 shield points. In addition, she has high shields that cause shield gating, which is a detriment to her suit. As a result, she has very little ability to survive against steel path enemies.

However, GYRE has mild cc, decent damage, and an excellent dodge roll animation. She also delivers electric spheres to enemies close to her and shoots lightning bolts at enemies far from her. Her passive skills give her an extra ten crit chance to her abilities per electrical status.

Gyre is a fragile Warframe, and we recommend you use a Prime Sure-Footed build in the x-list slot. You could also use the handspring, and there should be plenty of adaptation so she can survive damage. You want to ensure the rest of her build is on duration, range, and strength.

Use arcane aegis to help her rebuild and reset shields.  You can also use arcane fury, considering her melee frame. You should also consider giving her a breach surge if you plan to use her plenty of times in the game.

ALSO READ: Warframe Angels of Zariman: What are Zarium Accolade and Where to Find Them