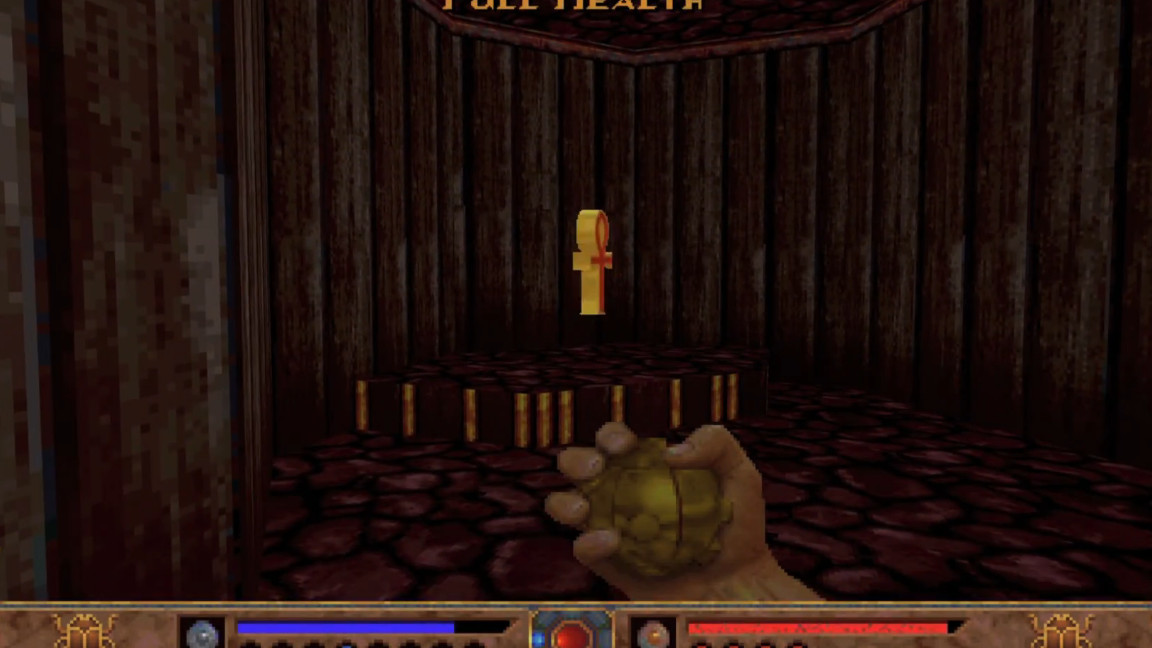 Ankhs are ancient Egyptian symbols that, in this game, adds one more bar to your health reserves. This makes them really valuable as you would definitely spend some time tanking some hits from your enemies. Below is a guide on how to find every Ankh in the game.

You would need the Sandals of Ikumptet for this Ankh. Go through the place to the big room and blast the flaming pots.

Blow up the pots from across and jump the length of the ledge to get the Symbol of time.

Go back to the time door and it should open. Jump up the platforms to the top to get the Ankh.

You need Sobek’s Mask for this Ankh. Go underwater to the checkpoint and the Ankh should be to the right when you resurface.

Take a leap of faith above the green acid next to the exploding pots, there should be a small area before you drop to the acid that you can glide into.

Once inside that tunnel, use a bomb to blast the wall to the right and the ankh should be inside.

We would recommend taking Protective Anklets for this, but it is not needed.

The ankh is floating on lava in one of the platform places after the checkpoint. Just jump straight into the lava and grab the ankh, don’t stay too long as the lava will burn you!

From the room with the moving platform, jump on it and turn left, follow the corridor to a clearing.

Look up and the ankh should be floating some distance away on a ledge. To get there you would have to use your bomb.

Aim the bomb to your feet, jump then deploy the bomb to give you extra leverage. This has to be timed well! Once you’re in the air, move forward and stop just above the ledge to get the ankh.

That’s all the ankh locations that would allow you to be powerful in the game! Be sure to get them all!

ALSO READ: Kardboard Kings: How To Get Legendary Cards