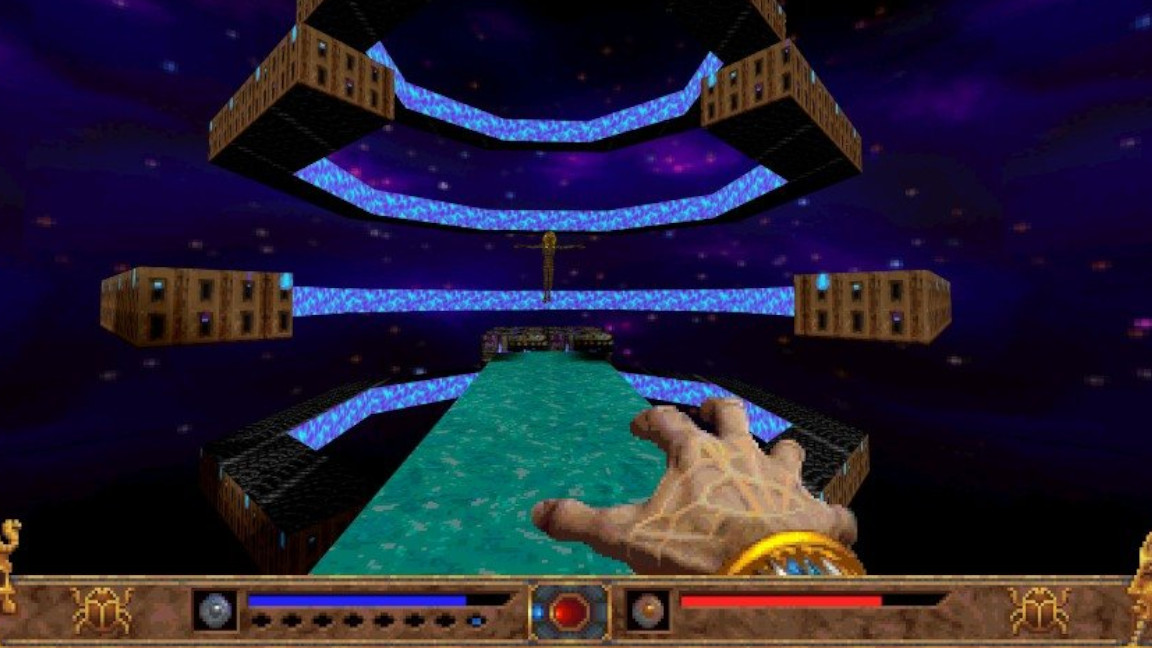 PowerSlave Exhumed is set in Ancient Egypt with the core gameplay of an action shooter much like games such as Doom. While it’s an achievement in itself to finish the game once, there are some players who like to complete all achievements.

Here is how you can earn the Now You’re Playing With Power trophy.

Unlike some trophies within the game, it shouldn’t take too much of an effort to acquire this one as you can naturally get it as you progress the game. There’s no special strategies to follow nor should you need to be at a certain place at a certain time.

This trophy has something to do with certain boosters in this game. PowerSlave Exhumed has a few upgrades that you can use as you play along the levels.

You would need to acquire said boosters in order to go through the more difficult parts of the journey. It’s certainly hard to miss them and some of them are needed for certain achievements.

One of them would be for this trophy.

All that needs to be done is to get a weapon boost powerup, something you should naturally get as you play. It would be hard to miss this particular trophy and if you did, that would be an achievement in itself!

Simply get this powerup, play through the next levels and your achievement should pop up as soon as you get the boost.

Become the best fighter of the game by reading this guide! 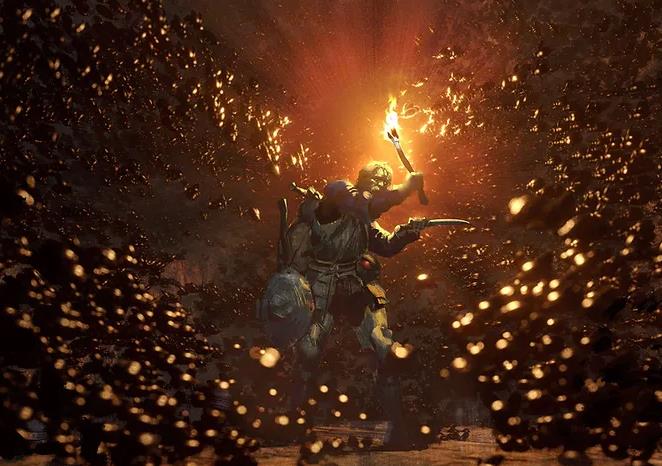 Some gamers prefer to be on the frontline beating bad guys or skeletal minions showing off their brute strength and powerful abilities that will blast their enemies away, although if overwhelmed and there’s no healer on-site well that could be a huge problem, especially on a dungeon that is dark and crawling with monsters and powerful ones and not only that you’re also going to face other players that might have the edge of taking you down. But enough of that part today we are going to talk about the builds and loadouts of a Fighter in Dark and Darker game.

Where Does the Fighter Perform Best and Worst?

The Fighter is the front-line character in Dark and Darker that players choose if they wish to serve as a tank for their team, engage in intense combat, or don the traditional plate armor that knights are famous for wearing.

It is (by default) a sword and shield class with a ton of options to increase its tankiness, give it access to more weapons, or do any number of other things. But what precisely are the Fighter’s strengths and weaknesses? Consider their advantages and disadvantages:

The Best Skill Options for Fighter

This class doesn’t have a lot of fantastic Skill options, as was described in the Fighter’s disadvantages. Only two of the six options are generally useful, and the rest are mostly dependent on the situation.

These are the reasons Second Wind and Sprint are the two suggested options:

The Fighter now really shines in the Perks. There are nine Fighter’s Perks, all of which can be used, with only a few of them being noticeably superior than the others.

In addition, many of these Perks give the Fighter additional mechanics, which is wonderful to see in contrast to other Classes that have a lot of tiny +5%-type Perks.

However, these generally appear to be the better choices for the following reasons:

The Best Defense A Fighter Can Don

The Fighter should generally use common sense when it comes to armor. The more similar to plate armor it is, the better, and players should only select leather over plate when there is a significant disparity in item rarity or when the leather item offers a significant advantage to a particular characteristic.

The more armor a Fighter possesses, the more at ease they’ll feel in the middle of the distinctive battle in Dark and Darker, and the better they’ll probably fare. When it comes to stat boosts, the Fighter typically benefits most from anything that raises True Damage, Max Health, Strength, or Agility.

The Best Weapons for The Fighter

The Fighter now has the most options when it comes to weapons when compared to suggestions for any other class when taking into account the Weapon Mastery Perk.

Yes, several of these weapons will do 20 percent less physical damage when used by the Fighter who is equipped with this Perk, but they’re still so helpful that it’s still worth mentioning:

Beginners can start with this class, and once they determine which features of the Fighter they prefer, they can switch to any of the other classes that are more suited to that facet.

Here are a few additional “generic” advice for players of Fighter as a sort of closing note:

ALSO READ: Dark And Darker: 10 Things I Wish I Knew Before