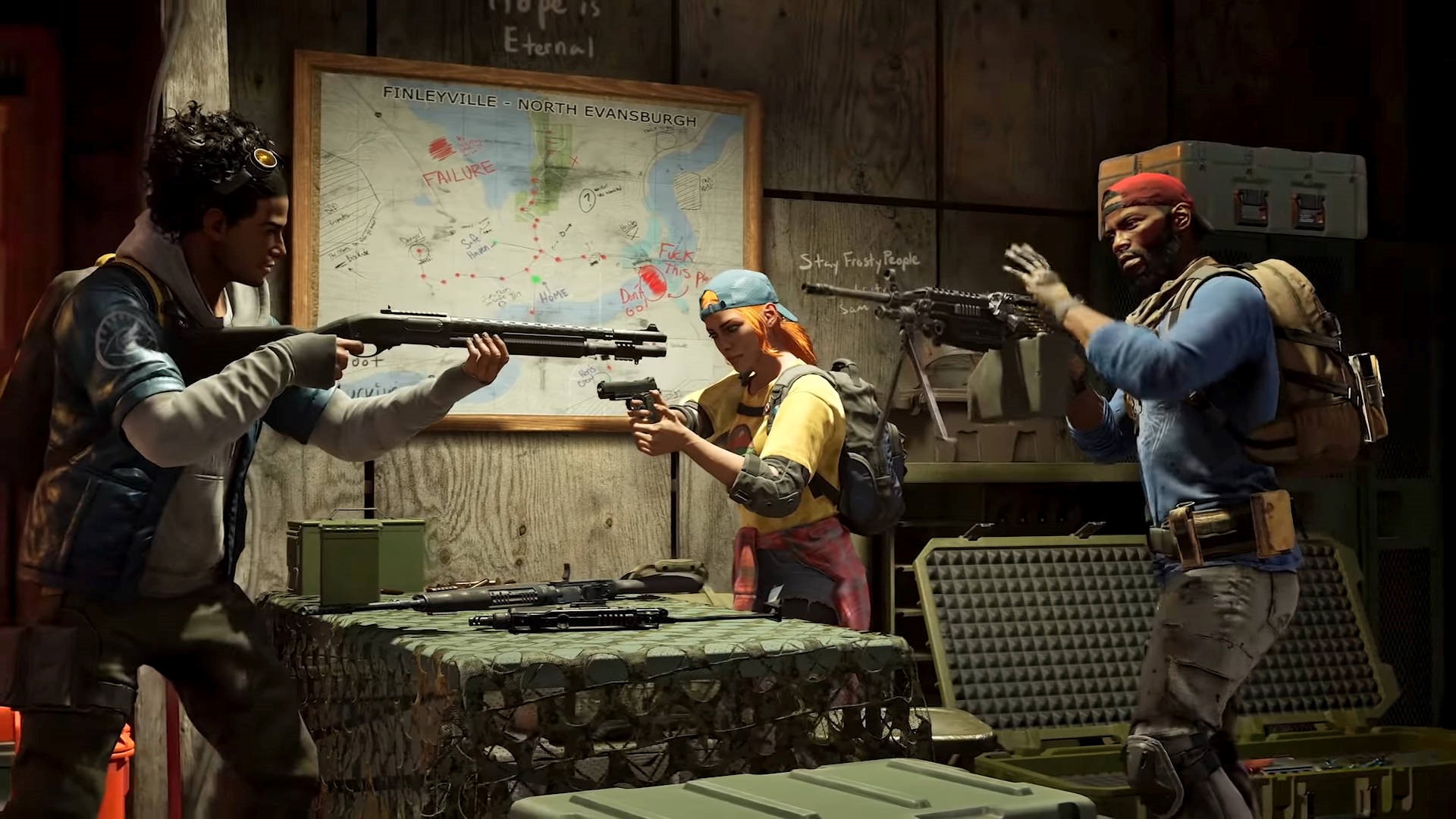 The most recent Tunnels of Terror update for Back 4 Blood has introduced a handful of legendary weapons in the game. These weapons can be quite rare, but they sure pack a punch when it comes to fighting hordes of zombies.

In this guide, we’re going to talk about all of the legendary weapons available in the game and decide which of them is the best one so far.

All Legendary Weapons Guide in Back 4 Blood

There are a total of 8 legendary weapons in the game. They’re as follows:

The Nemesis is a legendary light machine gun that has the AK-47 as the inspiration for its design. It has the unique ability called Final Showdown which draws enemies within 30 meters toward you when wielding it.

It deals pretty decent damage at a pretty decent range. The caveat is that it suffers from low accuracy due to the massive recoil it comes with when firing.

Next is Prototype 378 which is a legendary submachine gun. Its ability called ZAP! will significantly slow down the targets it hits for 1 second. Since this is a submachine, which means it has a high fire rate, you’ll be effectively slowing down your targets for as long as you keep on firing.

Compared to the other weapons in the game, this one fires off lightning bolts, allowing it to inflict decent damage at a decent range. It has far better accuracy than the Nemesis, but its shorter range means you’ll have to shoot enemies a little bit closer.

The Witness is a legendary sniper rifle that deals heavy damage at a longer range than the previously mentioned weapons. It has high damage and high range, making it perfect for sniping enemies before they even get the chance to get close to you.

Its ability called Sight Unseen allows you to highlight nearby targets and deal 20% more damage to them. Compared to the typical sniper rifle, you can continuously fire this one while scoped, removing the need to reload after every shot.

The Tenderizer is a legendary melee weapon that resembles a hammer with the head of a meat tenderizer. It packs a massive punch during its attacks, and its Mincemeat ability dismembers enemies when hit, dealing 90 damage to nearby surroundings.

Essentially, this weapon is really good at dealing with hordes of enemies up close. And since it deals AOE damage, it can take out multiple zombies in one swing.

The Damnation is a legendary shotgun that deals heavy damage at close range. Similar to all shotguns, you’ll have to get up close to your targets to maximize its damage. What makes it unique compared to other shotguns, however, is the fact that it shoots in a rapid fire mode, allowing you to deal with hordes of enemies quite easily.

Its Fire and Brimstone ability will also burn your targets for 3 seconds via the incendiary rounds it fires off. Meanwhile, you are granted immunity against fire damage.

Pestilence is a legendary assault rifle that deals quite terrible damage despite being a legendary weapon. However, it has an ability called Atrophy which applies 3 damage per stack on your enemies upon successful hits while simultaneously reducing their damage by 1% per stack.

What makes it even more unique is the fact that it has an infinite effective range, meaning you can still hit your target no matter how far you are.

The Skull Totem is a legendary melee weapon that has a spiked skull as its point of impact. What makes it unique compared to other weapons is that you can combine 3 different Skull Totems to increase its overall effectiveness.

Also, there’s the fact that they have a stumble ratio of 1, which means that they can effectively interrupt enemy actions whenever you hit them.

However, you’ll want to take note that the more skulls you add, the slower the weapon swings. To compensate for this, you’ll be doing much more damage with each swing.

The last weapon on this list is the Embezzler, which is a legendary sidearm. Its ability called Deaths and Taxes allows you to gain up to 10 copper per killing blow.

It has pretty decent damage with a medium range. What makes it amazing is that you can farm as many coppers as you like using this weapon.

ALSO READ: Fortnite: How to Get the Lightsaber | Locations