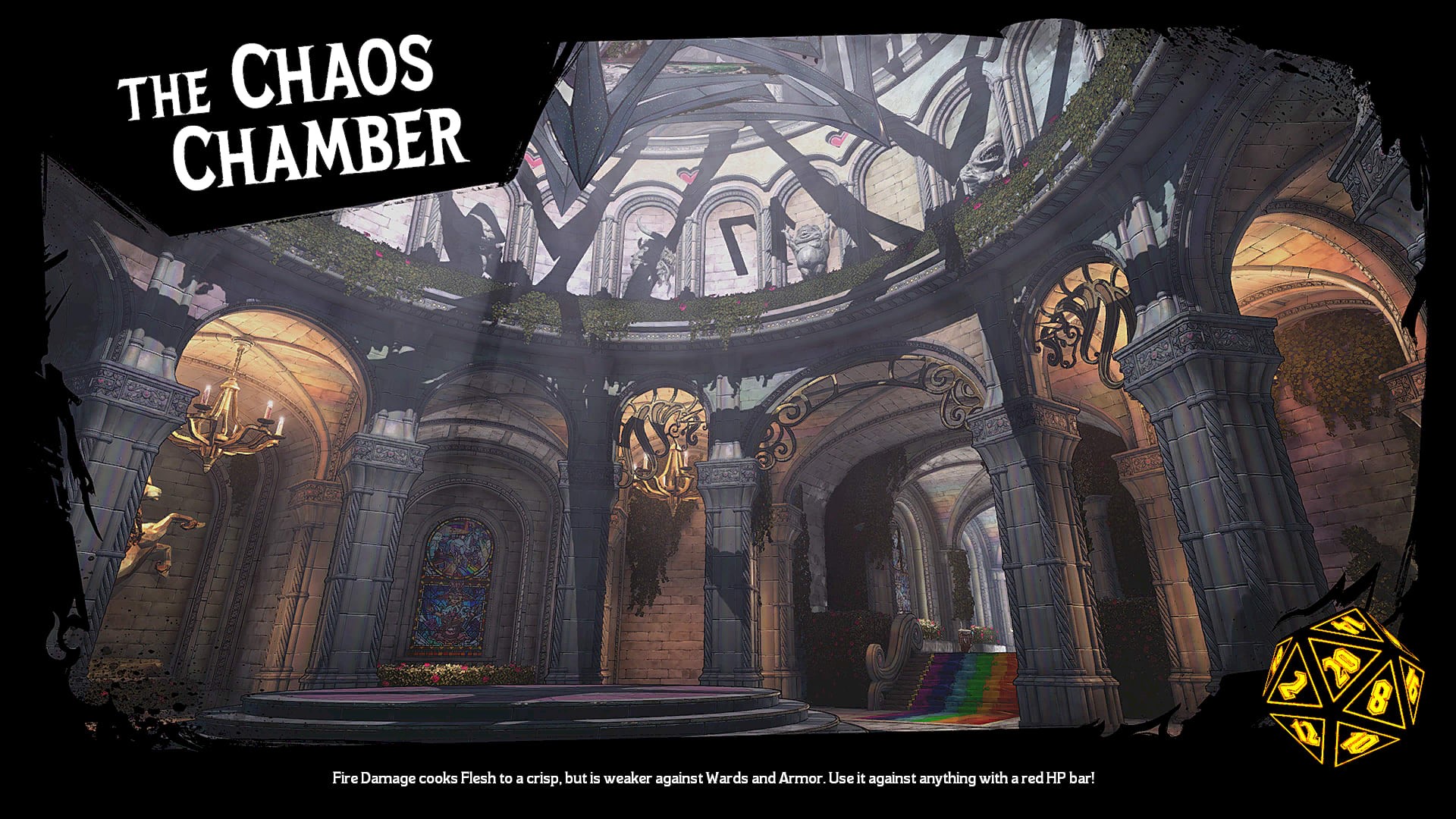 Once you’ve reached endgame, the next thing you’ll want to do in Tiny Tina’s Wonderlands is to get your hands on some Chaotic and Volatile gear. Similar to Borderlands 3’s Mayhem gear, you can only obtain these items after finishing the game’s main story.

However, it’s not just a simple case of ramping up the difficulty in order to get one. Without further ado, here’s how you can obtain powerful Chaotic and Volatile gear.

How to Get Chaotic & Volatile Gear in Tiny Tina’s Wonderlands

Before anything else, let’s have a short overview of what Chaotic & Volatile gear are.

Now, to farm these items, you’ll have to get to the Chaos Chambers which is basically the game’s endgame dungeon. To do this, you’ll want to visit the Chaos Chamber and talk to the Dragon Lord. He will be the one to provide you with several options as to which Chaos Chamber run you want to tackle.

You can choose from either a Normal run, an Extended run, a Chaos Trial, and the Featured Run. The higher your Chaos level, the better loots you can get. You can see the maximum Chaos level you have in the menu, alongside the bonuses you get in each level as well as the stats of the enemies you’ll come across.

You’ll want to keep in mind that the higher Chaos level you’re running, the harder it gets. On the other hand, it will grant you better rewards as well as a chance for obtaining both Chaotic and Volatile items. However, do take note that the drop chance for Volatile items only unlocks at Chaos level 20 and will remain at 0% percent on lower levels.

If it’s your first time running Chaos Chambers, the very first thing you should do is to level up your Chaos level. To do this, you’ll have to talk to the Dragon Lord and run a Chaos Trial. Every time you successfully clear a trial, your Chaos Level will increase by one until you get to the maximum level which is level 20.

Since the drop late is too low, only at 1.41%, getting a Volatile gear to drop will rely on your RNG. Also, you want to run a build that’s capable of clearing Chaos Level 20 runs to efficiently farm as much Volatile gear as possible.