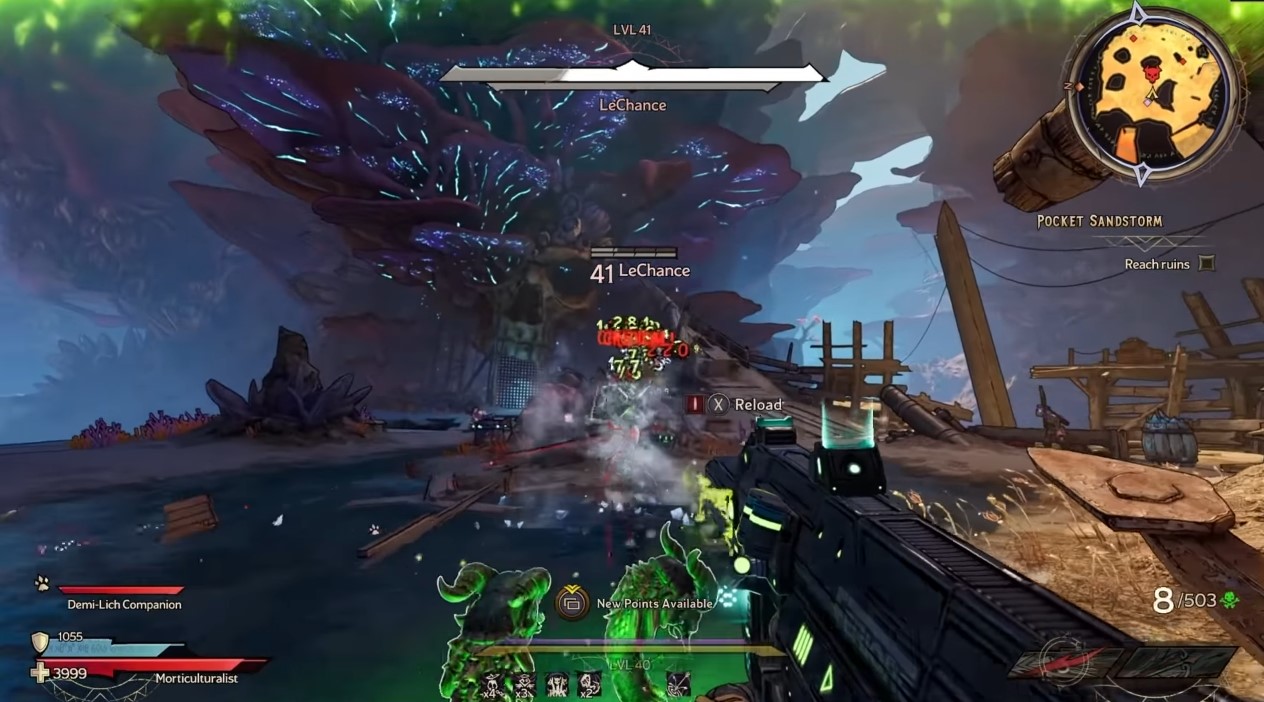 You can level up your character in Tiny Tina all the way to level 40. However, it doesn’t mean that any XP you gain afterward is wasted. In fact, as soon as you reach level 40, any XP you accumulated will go towards your Myth Rank instead. This means that you’ll still have to continue farming XP after hitting max level.

That said, here’s the fastest XP farming method in the game you can follow.

XP farming in Tiny Tina is basically killing bosses over and over again. In fact, the game even allows you to spawn back to a boss’ arena so you can fight it again. Once you defeat a boss, you’ll get a lot of XP as well as a chance for unique loot.

Regardless if you get a good loot or not, you’ll still get tons of XP which you’ll need to level up faster. That said, the higher a boss’ level is, the more XP you can get.

Before you start, however, I highly recommend getting the buff from the Shrine of Grindanna for an extra 10% experience gain and the Blank Slate for another 10% for a total of 20% experience gain.

Now that we’ve got that out of the way, the fastest XP farming method you can follow in the game is to simply kill LeChance over and over again. Although there are several bosses that give the exact same XP as LeChance, the problem is that they have immune phases alongside multiple health bars.

LeChance, however, doesn’t have any immune phases and is weak to cryo. Getting to him is very quick and easy as well. In fact, depending on your build, it will only take you around 20 seconds to load in and get to his arena. Once killed, he’ll give you around 13,000 XP per kill which is quite significant to help you reach level 40 as quickly as possible.

Now there is one trick you can use to make this XP farming method even faster. After killing him, instead of quitting and saving, you have to change your Chaos Level or turn off Chaos mode entirely. Regardless of which you chose, you will end up loading back into the game in the exact same state as you were before.

However, your Action Skills will be on cooldown, so it’s best to get a low action skill cooldown so you’ll be able to breeze through the farming process.