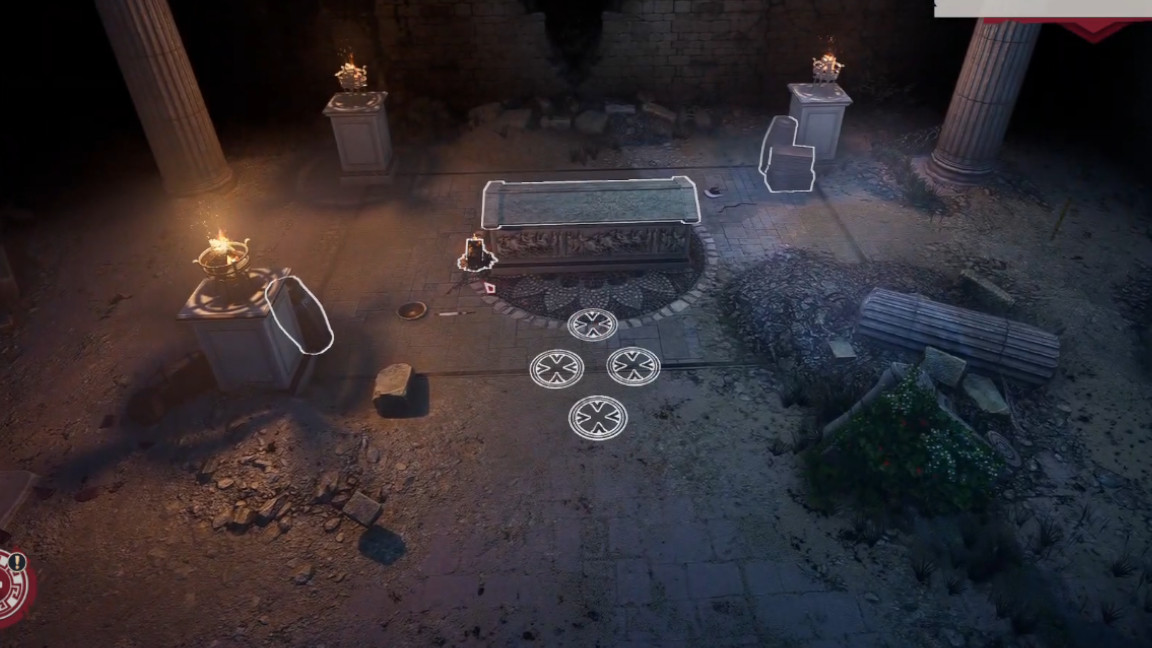 Although it’s the third installment in the Expeditions series, Expeditions: Rome is still fairly welcoming for newcomers to the franchise and the tactical RPG genre as a whole. Still, if you need some help (or just want an early game boost), here’s how you can obtain one of the best early-game weapons – the Spear of Achilles aka the best starting spear in the game.

How To Find The Spear Of Achilles In Expeditions: Rome

Once you have conquered Lesbos, your journey will then take you to Asia Minor proper.

Once here, you need to head northeast until you find Troas, a small fishing village – for reference, it is directly north of the Temple of Apollon

Once you enter Troas, take the first left and follow the winding road until you come to another fork in the road.

Take the left path again and head up the hill until you end up at a villa that sits on top of a small hill. Mouse over the tree and take the clue that is hidden inside of it.

Check your “Quests” tab in your inventory, the clue that you picked up should read “Symbol of the Warrior Stone Tablet”.

Now, leave Troas and head east to a small peninsula; specifically the southwestern corner of this peninsula. You’ll know that you’re at the right peninsula if you see three small islands off its west coast.

A pop-up for “The Statue of the Warrior” should appear when you’re at the right spot. Read through it (if you want to) and then close it when you’re finished.

Check your “Quests” tab in your inventory, you should now have the “Symbol of the Warrior Brooch”.

Now, to find the last clue you have to head all the way back to Lesbos, specifically the beach on the southeastern side. You’ll know that you’re in the right spot when you get a pop-up titled “Buried Treasure”.

Check your “Quests” tab once more, you should see that you now have the “Symbol of the Warrior Papyrus”.

Your final destination is now the southernmost tip of a peninsula that lies directly west of the Troas fishing village. When you’re in the right spot, the Tomb of Achilles should be revealed.

This area is fairly straightforward (literally) just walk forward and loot the tomb to obtain the Spear of Achilles.

The base damage output of the Spear of Achilles isn’t anything special, its main appeal is the reaper status effect that it gives at the start of combat.

“Reaper” replenishes all action points, resets all used skills, and fully restores movement, every time the character kills an enemy.