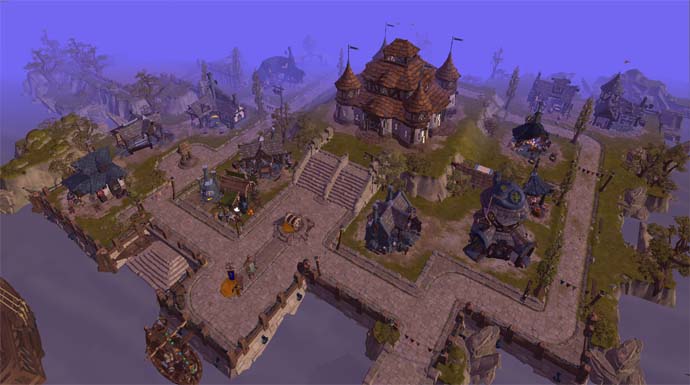 Albion Online allows players to own two types of islands – Guild Islands and Player Islands. Both of them allow players to build their own buildings, but it turns out this process is a bit less straightforward than one might think.

Building on Islands in Albion Online

In order to start constructing your buildings, you’ll first need to own an island. Both can be bought through an NPC called the island merchant, found in every major city.

A guild island can be bought at any time with 112,500 silver, but player islands work a little differently. Before you’ll be able to make such a purchase, a player must have at least 30 days of Premium time.

Once you’ve purchased an Island, all you need to do is right click on your character’s portrait and choose the “Build” from the drop-down menu, or hit the “H” key on your keyboard. But there’s a catch…

On Guild Islands, people are usually able to construct their first building, the Guild Hall, without much hassle, as long as they have enough silver and all the necessary materials.

But then, you might notice that you can’t build anything else. Why is that?

The answer lies in the Island Tier mechanic. In order to build more buildings (or any building, if we’re talking about the player island), you first need to have the so-called building plots.

These are given to you each time you upgrade the island to a higher tier. Only with free building plots and the necessary materials you’re able to build anything on your islands.

Although the space is limited, you can always use the “Demolish” option in the “Build” menu to get rid of unwanted buildings and get back 90% of the materials used to construct them.

Although the Player Island and the Guild Island are very similar, there are a few key differences between them.

The most important difference is that Player Island gives you a unique type of plots, called Farm Plots. These allow you to grow crops, herbs, and animals that can later be used, sold or crafted into food, potions, or mounts.

On the other hand, you can only build a Guild Hall on the Guild island. But other than that, the two islands are very similar when it comes to building. So, once you’ll get used to these differences, you might start forgetting which one is which.

ALSO READ: Albion Online: How to Get Learning Points?