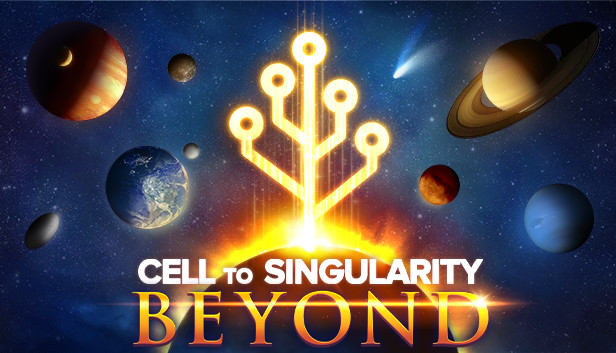 Cell to Singularity allows you to steer one of the most complicated processes known to humanity – evolution – by using an incredibly simple gameplay loo.

In a short time, you’ll evolve your single cell organisms into technologically advanced civilizations, unlocking the alluring Singularity option. But as you’ll get closer to it, more and more warnings will pop up.

So, what exactly happens after Singularity?

As you buy the upgrades leading to singularity, a series of ominous warnings will begin appearing. These are not just for decoration – buying singularity will completely alter your progress. Purchasing it for the first time will cause the entire game to “reboot” itself, forcing you to start the evolution process from the very beginning

On top of that, the AI hosting the simulation, semblance, will inform you of an error that occurs when it attempted to run Singularity. It will also tell you that thanks to this event, you have gather enough information to make every following simulations successful.

Of course, you’ll still need to get to Singularity from scratch, but fortunately, it might not be as hard as the first time.

After the crash, you’ll be brought to a new UI called the Reality Engine. From it, you can buy new upgrades that will speed up your progression through the game using a new currency called MetaBits. Those are earned for producing enough Ideas and Entropy and rebooting the simulation using singularity.

Buying singularity for the second time won’t reboot the progress this time, though if you wish to do so, you can by tapping on the Metabits bar under the currency counter. After getting singularity again, you’ll be able to unlock the game’s ultimate life form, the Sentient Android, brining your evolution journey to a nice close.

ALSO READ: Cell To Singularity: How To Get Replaceable Teeth