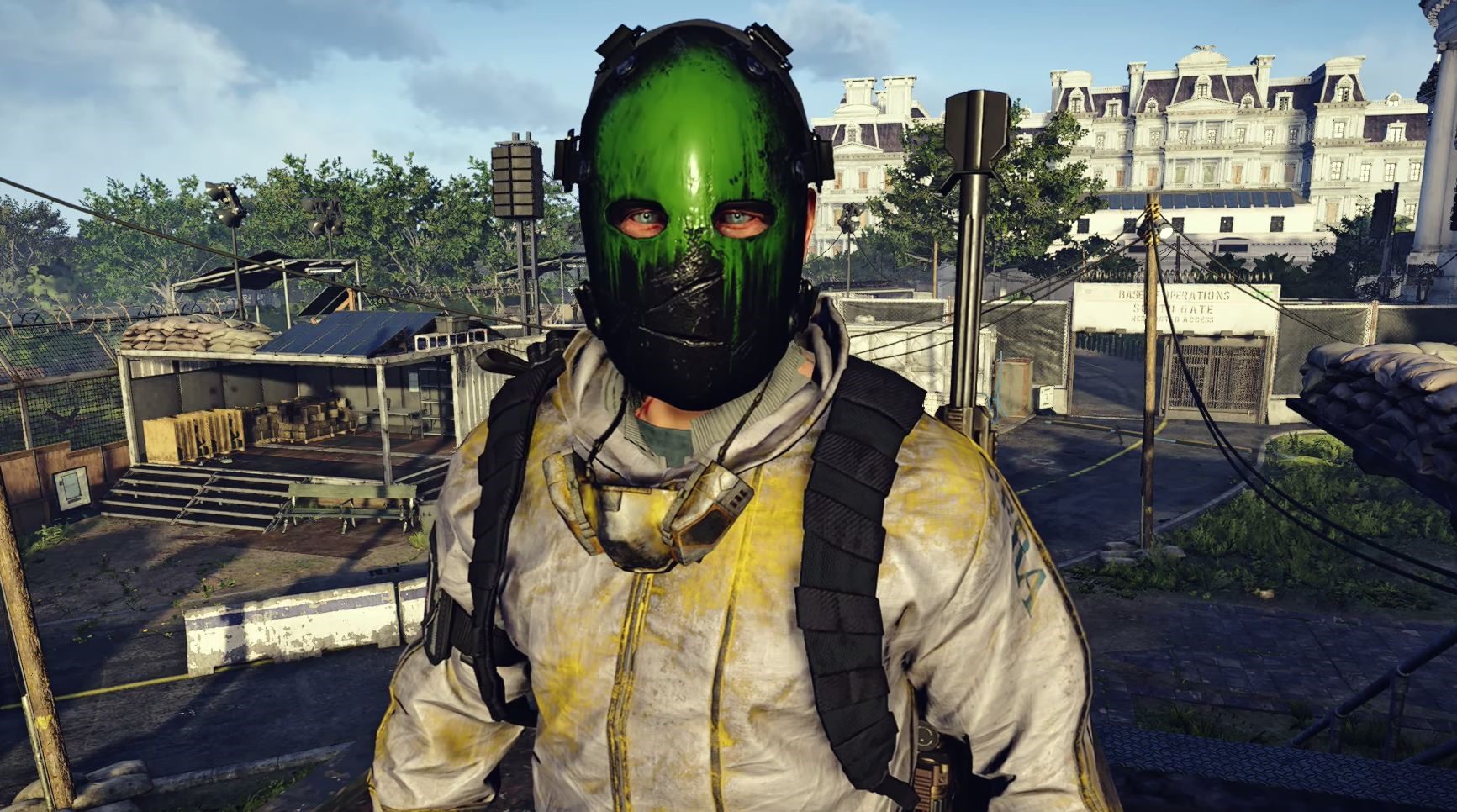 Hunter masks and ivory keys serve different purposes in the game. The hunter masks can be used as equippable items to add more customization to your character will ivory keys are required to unlock a special chest that’s hidden inside the White House.

If you want to obtain all of them, then this guide got you covered. Let’s get started.

We’re going to start first with the masks. There are a total of 12 secret hunter masks in the game, so finding all of them on your own will take some time. Here’s how you can find them all:

To find the ghost mask, you’ll want to start from the Washington Monument Control Point. Then, you’ll have to wait until dark before you go down the elevator that will take you to the loot room.

You’ll find a statue with a button that you’ll have to press to reveal the locations of three grave markers on the map.

What you need to do is head over to these locations and then use the salute emote. Doing so will summon the Ghost Hunter which you’ll then have to fight afterward. Here are the locations you’ll want to head over to:

Head to the bottom right corner of Flooded Levee Control Point located in West Potomac Park. From there, look for a grave that’s located close to shipping containers. Use the salute emote afterward.

Next, go to Washing Monument and head over to the northeast section at exactly where it says 15th St NW on your map. Use the salute emote on the spot.

Lastly, head over to the southwest section of the monument to find a grave located between a foliage. Use the salute emote, and once done, go back to the Washington Monument and press the button.

This one is not too far from the first one. You’ll want to go to the Contaminated Zone located southeast of East Mall.

Look for the Department of the United States building and go to the front. From there, you’ll have to shoot the windows in the right order to obtain the mask.

For this one, you’ll want to go to the West End part of the map to find a shallow swimming pool. Make sure to go there at night.

Then, do Jumping Jacks while standing in the water to spawn Hunters. Simply kill them to get both masks.

To get to this one, an SHD Tech Cache should be marked on the map. Head over to the location at Lincoln Memorial and look for a sewer which you have to go down into. Inside, you’ll find a Division Agent hideout and a laptop in the room.

Interact with the laptop to turn on a lightbulb which will reveal the location of the Ghoul mask on the map. The marked spot will have a crescent moon icon above it, meaning you’ll need to go over there during nighttime.

Head to the location and you’ll find a watchtower with a flickering light bulb. Shoot the light bulb and wait for a little while for the Hunter to spawn. Simply kill that Hunter to get the mask which the Hunter will drop.

Head over to the Capital Hill Stronghold point, and from there, head southwest and east of Safe House until you come across a memorial wall with the names of fallen soldiers engraved on it. On the left side, you’ll see a spotlight shining on the names which you have to shoot.

Then, make sure to get out of the water and perform the emote salute while facing the wall. This will spawn the Hunter that you need to take down to get the mask.

For this one, head over to Downtown East to find a courtyard with two open doors as well as a mirror close to them.

Head inside on one of the doors to find a computer which you’ll have to interact with, and then exit and run to the other side of the courtyard with another pair of open doors.

Inside, interact with the phone and once you exit, you’ll see the Hunter spawning in the middle of the courtyard. Defeat that hunter to get this mask.

Head over to East Mall and go north of the control point until you see a part with a Christmas tree at the center. Make sure to go over there during nighttime. Nearby, you’ll find a gift shop that contains a lever you have to interact with. This lever can be found just right behind the counter.

Go back to the middle of the park then run around the Christmas tree a few times until the three Hunters spawn.

Kill them all and loot the mask after. It’s recommended to bring around some friends with you this time as the fight will be quite challenging.

According to player reports, a fourth hunter will spawn once you leave the park while fighting the three Hunters and head east.

This will cause the fourth Hunter to spawn, making the entire fight a lot more challenging. Defeat this specific Hunter to get the phantom mask.

The last mask is located Downtown East. Head over east of the White House until you come across the nearby control point. Go down the escalator and exit to the other side via another escalator until you find yourself in a wide, open area.

From there, jump up the platform to the left with some bushes on top, then look up to the windows above.

Here, you’ll notice four different shooting targets which you’ll have to shoot from high to low. After shooting the fourth one, the Hunter will then spawn.

Now that we’ve got the locations of the 12 Hunter masks, let’s now talk about the 8 Ivory keys.

It’s made even worse by the fact that once you kill a Hunter, it will no longer respawn. As such, getting an Ivory key to drop is actually luck-based.

However, you can join friends or other players who haven’t killed the Hunters in their own world yet for another chance of dropping the keys. Take note that for the Midas/Revenant and Cross, Diamond, and Earth fights, only the last hunter will drop the key.

ALSO READ: Hogwarts Legacy: How to Choose The Best Wand