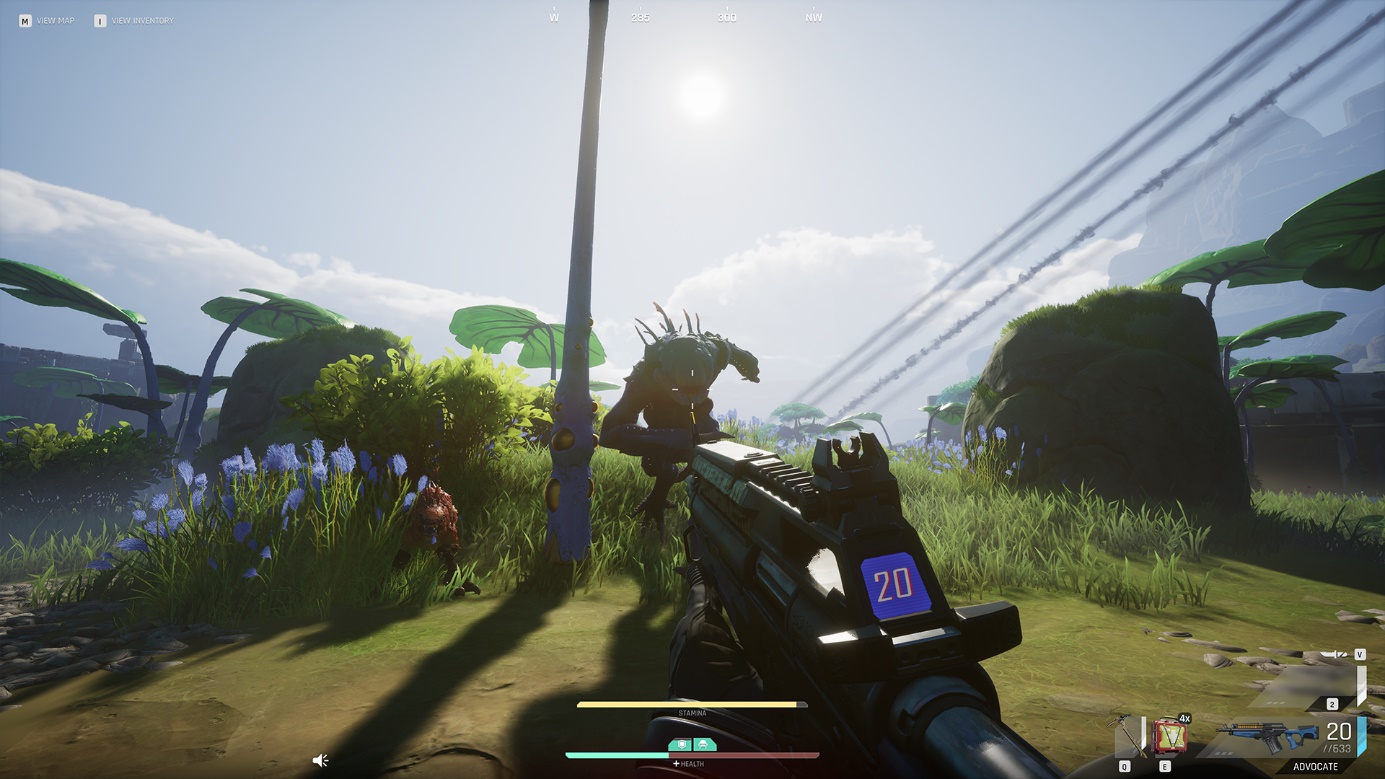 The Cycle Frontier is a unique online multiplayer shooter, where fighting other players is equally important as hunting the in-game creatures designed by the developers. But to get specific crafting materials, you’d usually want to focus on the creatures.

The materials dropped by the crushers allow you to craft the best armor in the game, so obviously, they are some of the most difficult enemies to fight.

Before attempting to  fight the crushers, you’ll need to prepare. Obviously, make sure you have at least the green (uncommon) armor on you, though of course, rare armor is better. No matter what weapon you’ll choose, you need to have a converter for it. Speaking of weapons…

The most affordable weapon that handles the crushers well is the ICA Guarantee, even of it’s not that useful in other situations. Advocate also works well, but it’s not the ideal choice. If you can afford them, ASP Flechette Gun and the Voltaic Brute also work very well. But no matter what weapon you decide to use, make sure to bring at least a few thousand bullets – crushers can take a lot of hits.

Where to Fight the Crushers

The Crushers mainly spawn in the Skeleton Area, with one always appearing in the Skeleton Thermal Pass. There’s also one in the Starport Warehouse and one near the Pinnacle Labs. But all of these locations are usually swarming with other players hunting crushers, as the level design there makes the beasts easier to kill.

The two other crusher spawn points are the area near the left corner of the map between the Fallen Tree and the Nutrition Farms Processing and the big field between Lagoon Thermal Ponds and the Jungle Thermal Ponds. The crushers are more dangerous here, but there are less players who can get in the way.

Crushers have four attacks. The weakest one is just an arm swipe that deals little damage on a short range. Their other short range attack is a ground slam, which is very dangerous and can kill you instantly. When a crusher glows blue, it’s going to use a hard to avoid charge, so you should get out of its way immediately. Lastly, the crushers can throw balls of mud at you when they’re far away, but these are not hard to dodge.

To fight the Crushers effectively, you’ll need to target their two main weak spots – knees and spine. The Knees glow red all the time while the spine and can be broken to interrupt a crushers attack.

The spine does not always glow red, but hitting it will always cause more damage than targeting other body parts. But since it’s hard to hit, many players choose locations with rocks or objects they can stand on to both target the spine and negate all of the crushers skills except for the easy-to-dodge projectiles. Still, with enough training, they can be brought down even without such tricks relatively easily.