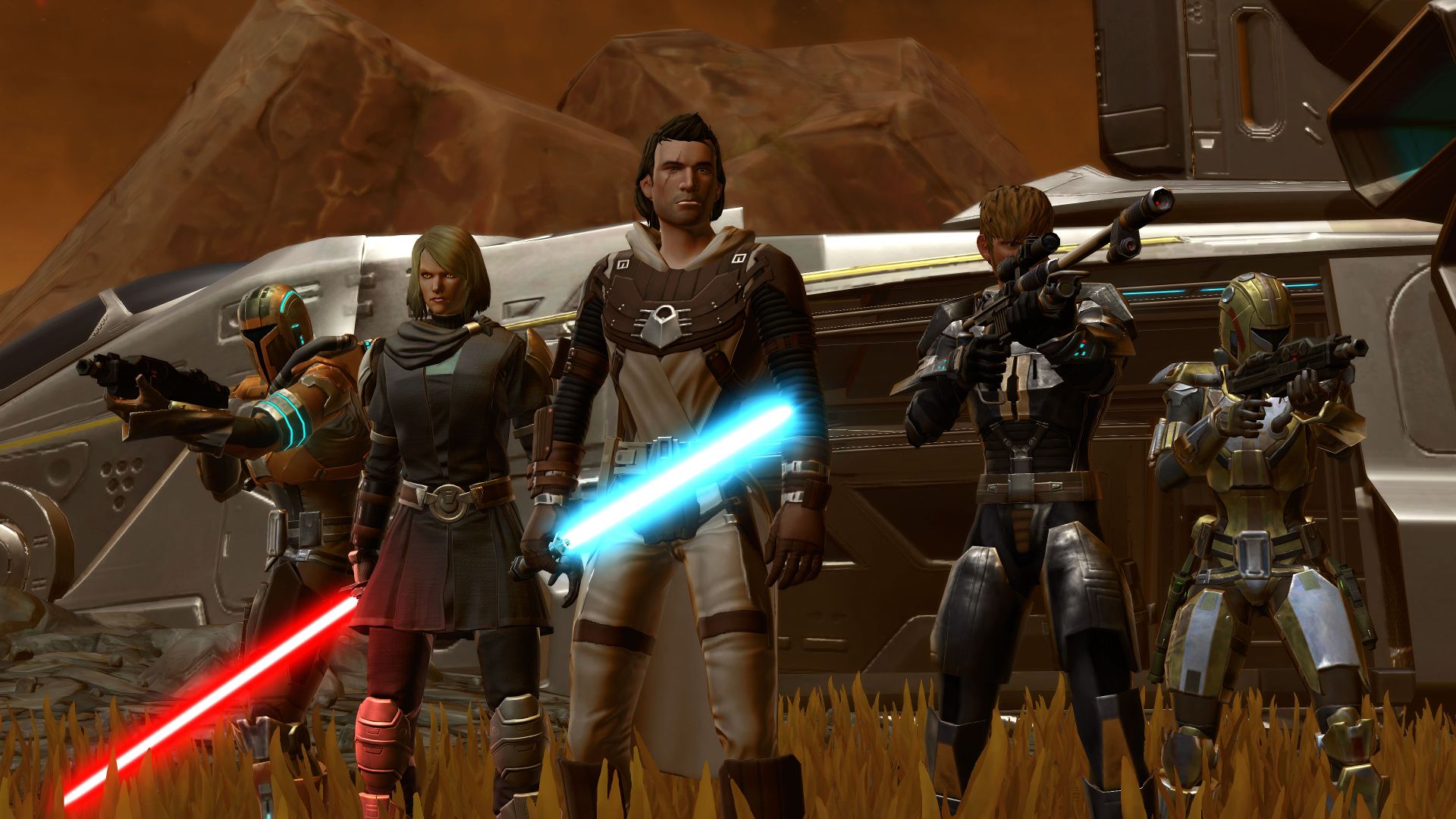 Choosing a character in any game is tough but choosing a class in an MMORPG must be one of the hardest choices to make. Not only do you have to consider your leveling experience, but also how effective you’ll be in endgame content.

For the longest time, your class in SWTOR was tied to the initial story class you chose, but with the advent of patch 7.0 and Legacy of the Sith, you have a lot more freedom when it comes to choosing a class.

But which style to choose? Let’s take a look at them.

Which Class Is the Best in Star Wars: The Old Republic?

Classes in SWTOR are now divided in two combat styles: Tech-based or Forced-based.

Tech-based classes, like the Bounty Hunter, Imperial Agent, Smuggler, and Commando, get to choose from 8 combat styles, each with their own skills, roles, and weapons.

Meanwhile, the Force-based origin stories get to choose from 4, depending on their alignment. However, the 4 dark side and 4 light side combat styles are largely mirrored, so don’t worry too much about that. Plus, you get to choose the opposite side later too.

With 7.0, your combat style will fully dictate the weapon and skills you use from level 1. That means that if you want to use Smuggler with a Blaster Rifle, or a Bounty Hunter with a Sniper Rifle, you can. Your story doesn’t dictate your gameplay choices anymore.

There are 9 weapons in the game, each tied to a specific combat style.

If you are mostly doing story content, you can choose pretty much any combat style you want. Your companions should be able to complement any choice you make by filling out missing roles. However, the role that you choose will be important for Endgame content.

There are 3 roles that classes are divided by: damage dealers (DPS), tanks, and healers.

If you want to be the one taking the punches and feel like an unbreakable wall, you want to go with a tank.

If you want to be the lifeline of the party, literally, you’ll want to choose a healer. There are 2 Force-based healers: the Jedi Sage and the Sith Sorcerer, and 4 Tech-based healers: the Commando, Mercenary, Scoundrel, and Operative. For heals with mobility and stealth, choose the scoundrel or operative.

And finally, you have your face burners. The glass cannons. Every class can spec into damage, including the ones we mentioned before. DPS classes have their own quirks between range and melee, consistent damage vs burst, and DoT effects, but they are all ultimately about blowing up stuff.

Truth be told, there isn’t one best class in the game. It will ultimately fall to your preferences. So, whether you choose to blast stuff, slice it, or shoot it with lightning, you’ll be good.