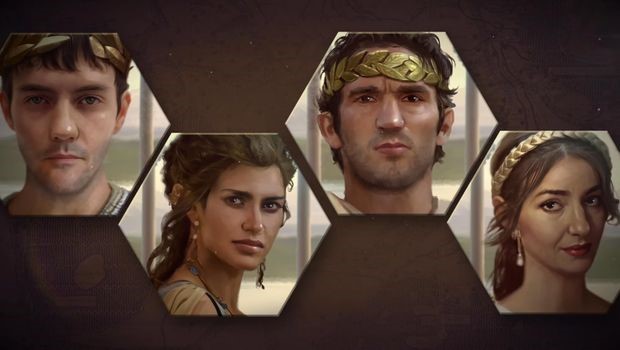 Compared to other 4x games, the civilization you choose to start with in Old World will play a major role throughout your game. In Old World, each nation features its own set of unique abilities as well as units, but its leader will inevitably die of old age. Hence, if you don’t have an heir, then it’s basically game over for you.

That is why one of the key aspects of the game is to have as many kids as possible on the throne once its current leader dies. Also, in Old World, kings and queens don’t have absolute reign over their subjects, and the nations themselves aren’t even monolithic.

Which Nation to Choose in Old World

There are a total of 7 different nations to choose from. Let’s have a breakdown of each of them and learn more about what they’re good at.

Assyria has Ashurbanipal as its starting leader, and this nation specializes in warfare. Specifically, the nation’s units start with the “Focus 1” promotion that increases their chance to deal a critical attack during battle by 10%. Moreover, they can receive +2 orders whenever they kill a unit.

Also, if you want access to the most powerful siege units in the game, then you can find them in this nation in the form of the Siege Tower and Battering Ram.

With Nebuchadnezzar as its starting leader, Babylon starts off with the best early game research in the game, thanks to the Wisdom of King Nebuchadnezzar. If you want to progress as quickly as possible with all the techs, then this is definitely the nation you want to go for.

Also, it features the Akkadian and Cimmerian archers were are the best unique units that can be compared to nuclear bombs while on the battlefield.

Ruled by Dido, Carthage is a nice pick if you want to get on everyone’s good side while still in the early stages of the game. Though it’s not a “top-tier” nation by any means, they do feel a bit different compared to the other nations in the game.

Besides, you can expand pretty easily early on with Carthage. All you need to do is enter a barbarian camp, purchase any barbarians, then have them take over the camp.

Egypt has Hatshepsut as its starting leader, and this nation is basically an economic powerhouse.

Besides, if you choose Egypt as your starting nation, you can receive 400 stones which allow you to pick a wonder of your choice early on.

Led by Philip, Greece is a militaristic nation that grants you access to the Champions family. This means that you can easily deal with barbarian tribes in the early game.

Moreover, it has excellent unique units that do very well in terms of defense compared to the other unique units in the game.

Persia is led by Cyrus, and this nation comes with a 50% bonus to harvested resources. Basically, you can get bonuses when picking up extra resources which, in turn, can be really useful for speeding up economic development.

Also, Persia is the only nation that lets you train both slingers and warriors in one turn. This might not sound too much, but it actually gives you significant early game flexibility.

Led by Romulus, Rome might just be the best nation in the game. Like Greece, you have access to the Champions family, not to mention Romulus himself is a Tactician archetype who massively helps during combat, thanks to his abilities.

Basically, everything about Rome is focused on destroying your enemies as quickly and easily as possible.