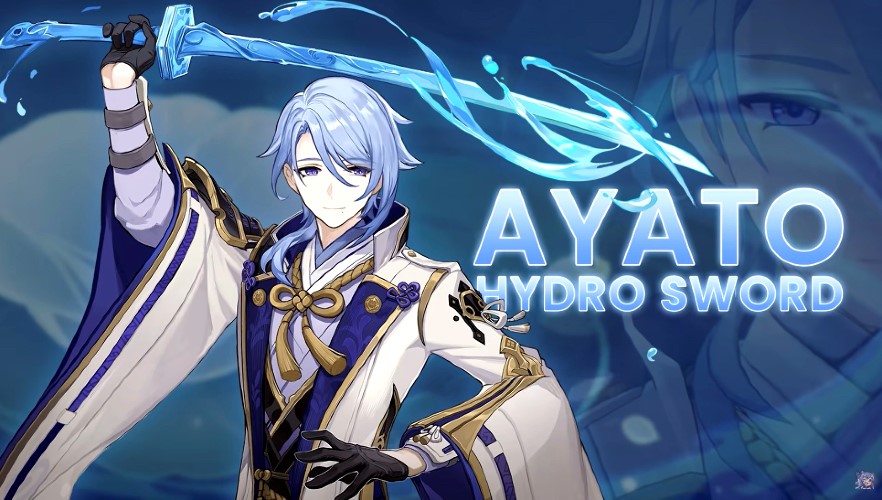 Kamisato Ayato is one of the most-awaited characters in Genshin Impact since Inazuma City was released. Be it for his aesthetics, design, skills, or even his boba, this newest character in Teyvat has won the hearts of many players. In this article, we will walk you through the complete Ayato guide.

How to Build Ayato in Genshin Impact (Builds, Artifacts, and Weapons)

Ayato was recently released in version 2.6, the newest version of Genshin Impact. He possesses a Hydro Vision, and uses the sword as his main weapon. Ayato is generally used as the main DPS, but lo and behold, he is also suitable for the sub-DPS position in the team.

Ayato’s elemental skill, Kamisato Art: Kyouka, and normal attack are similar to Tartaglia’s, another Hydro character, while his elemental burst, Kamisato Art: Suiyuu, resembles former Cryo queen Ganyu’s. Due to these similarities, many are saying that he is one of the most broken characters in the game.

Kyouka allows Ayato to shift position and enter Takimeguri Kanka, making all of his normal attacks hydro-infused while the skill is active. Suiyuu unleashes an AoE field that continuously rains down Bloomwater Blades, dealing AOE hydro damage to everyone inside it. Active characters in this field will gain a normal attack damage bonus. His ult strikes a total of 36 times in 18 seconds. If you want to use Ayato as an on-field DPS, it’s recommended you prioritize crowning his elemental skill.

There are a lot of good weapon choices for Ayato.

The 3-star Harbinger of Dawn is a cost-efficient sword but requires a shield or healer for HP protection.

For 4-star options, the Amenoma Kageuchi provides attack percentage and energy recharge. The Flute is another choice that gives attack percentage and extra damage with its passive. The Blackcliff Longsword is the standard crit-damage option available in the Starglitter Shop. Lastly, the Black Sword from the Gnostic Hymn battle pass is the best normal attack-based and crit-rate option.

For 5-star weapon choices, Skyward Blade may be the weakest, damage-wise, but the weapon has meaningful stats. Summit Shaper is a good option if you plan to use him with Zhongli. Primordial Jade Cutter is the easiest sword to build around. Mistsplitter Reforged is a universally strong sword that deals a hefty amount of damage. Last but not the least, Haran Geppaku Futsu, Ayato’s signature weapon, is the best choice as it was designed and catered for his gameplay.

Shuunsuiken DMG is increased by 40% against opponents with 50% HP or less.

Namisen’s maximum stack count increases to 5. When Ayato has at least 3 Namisen stacks, his Max HP is increased by 50%.

increases the talent level of his elemental skill by 3.

Increases the Normal Attack SPD by 15% of nearby party members for 15 seconds every time Ayato activates Kamisato Art: Suiyuu.

Increases the talent level of his elemental burst by 3.

Somewhat similar to Ayaka’s C6, which gives Ayato two extra Shuunsuiken strikes on his elemental skill, dealing 300% of his ATK as DMG.

One of the best artifacts builds for Ayato is a 4-piece Gladiator’s Finale, which provides a +18% on ATK and increases Ayato’s Normal Attack DMG by 35%.  Another option is a 4-piece Heart of Depth set which gives a +15% Hydro DMG Bonus and increases Normal and Charged Attack by 15% for 15 seconds. Additionally, the new Echoes of An Offering artifact set is good for Ayato, along with a Blackcliff Sword or Jade Cutter.

Burst DPS-wise, both Freeze and Taser team comps work best for the head of the Kamisato Clan. For maximum burst energy, the best duo partner for Ayato is Venti, the archon of Freedom slash wandering bard. From there, you can create a Freeze comp with a Cryo DPS like Ayaka or Ganyu.  Similarly, you can create a Taser team with any electro sub-DPS characters.

On the other hand, Ayato’s elemental skill is flexible and can fit in most team comps. Yunjin is his best support as she can increase attack speed with her burst. Other viable characters are Bennett, Sucrose/Kazuha, Xiangling, and many more.