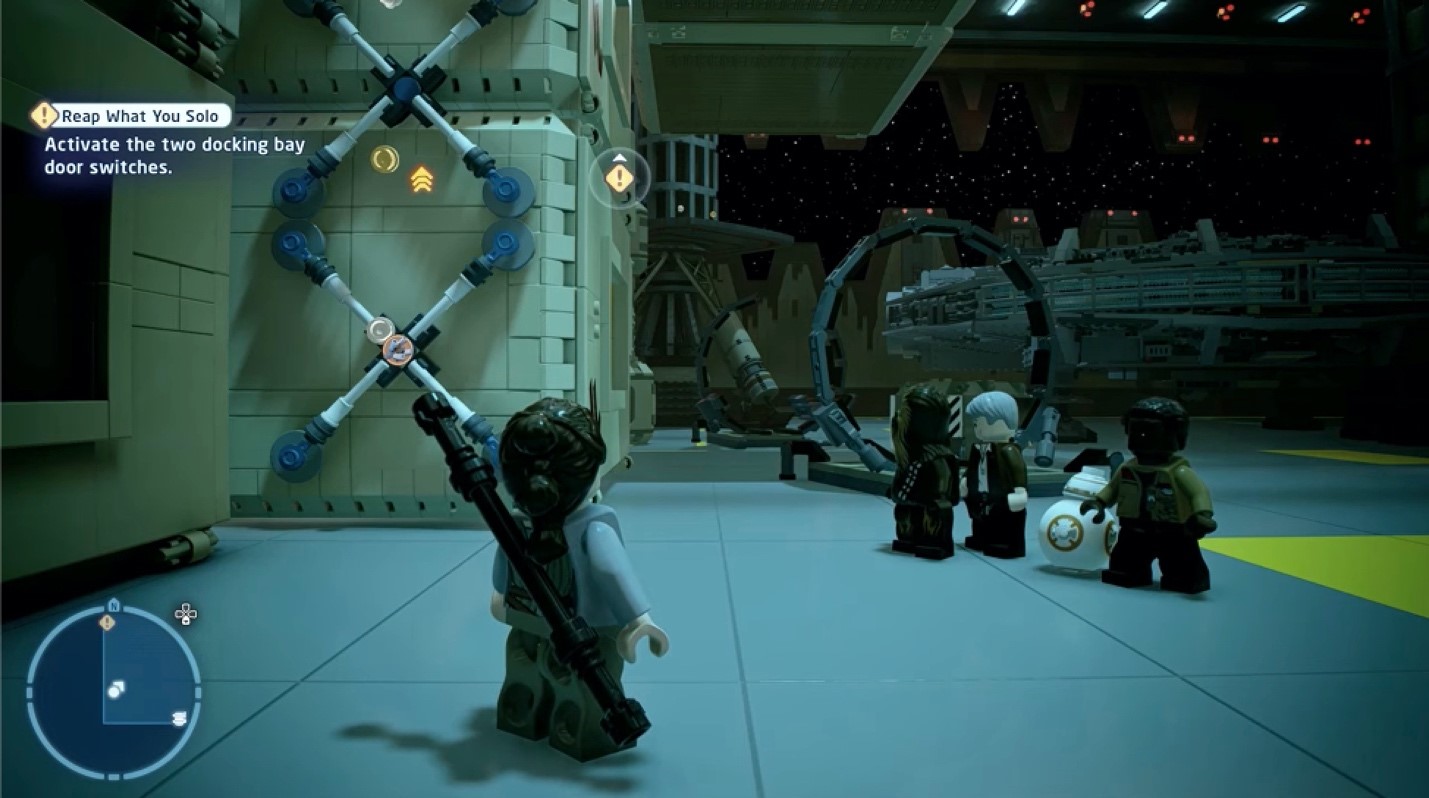 LEGO Star Wars Skywalker Saga has a lot of characters with different classes and upgradeable abilities. Some obstacles require a specific character’s ability to be completed. Which character will you need to use to be able to climb X walls & platforms in the game?

You may have seen the X-shaped objects with suction pads on walls and thought they were just a part of the city. Surprise! You can actually climb them with a certain character’s ability. This guide will teach you how to unlock this character, and which ability to use so that you can start climbing those X walls and other platforms.

Scavengers are one of the most useful classes in LEGO Star Wars Skywalker Saga. Their Scavenger Tools are vital in exploration and farming for collectibles. You cannot climb X walls without unlocking the Scavenger character first.

One of your best bets is Rey. To unlock him, simply play through the first few levels of Episode VII: The Force Awakens. Once completed, you may go back to the X walls and start climbing.

Another way to climb those X walls is the use of Scavenger Tools, which are helpful in traversing terrain and obtaining collectibles in hard-to-reach places. The Net Launcher, in particular, attaches a net to these X-shaped objects, allowing players to climb onto them.

To climb X walls, approach the object, hold the button that will pop up on the screen, and select the Net Launcher.