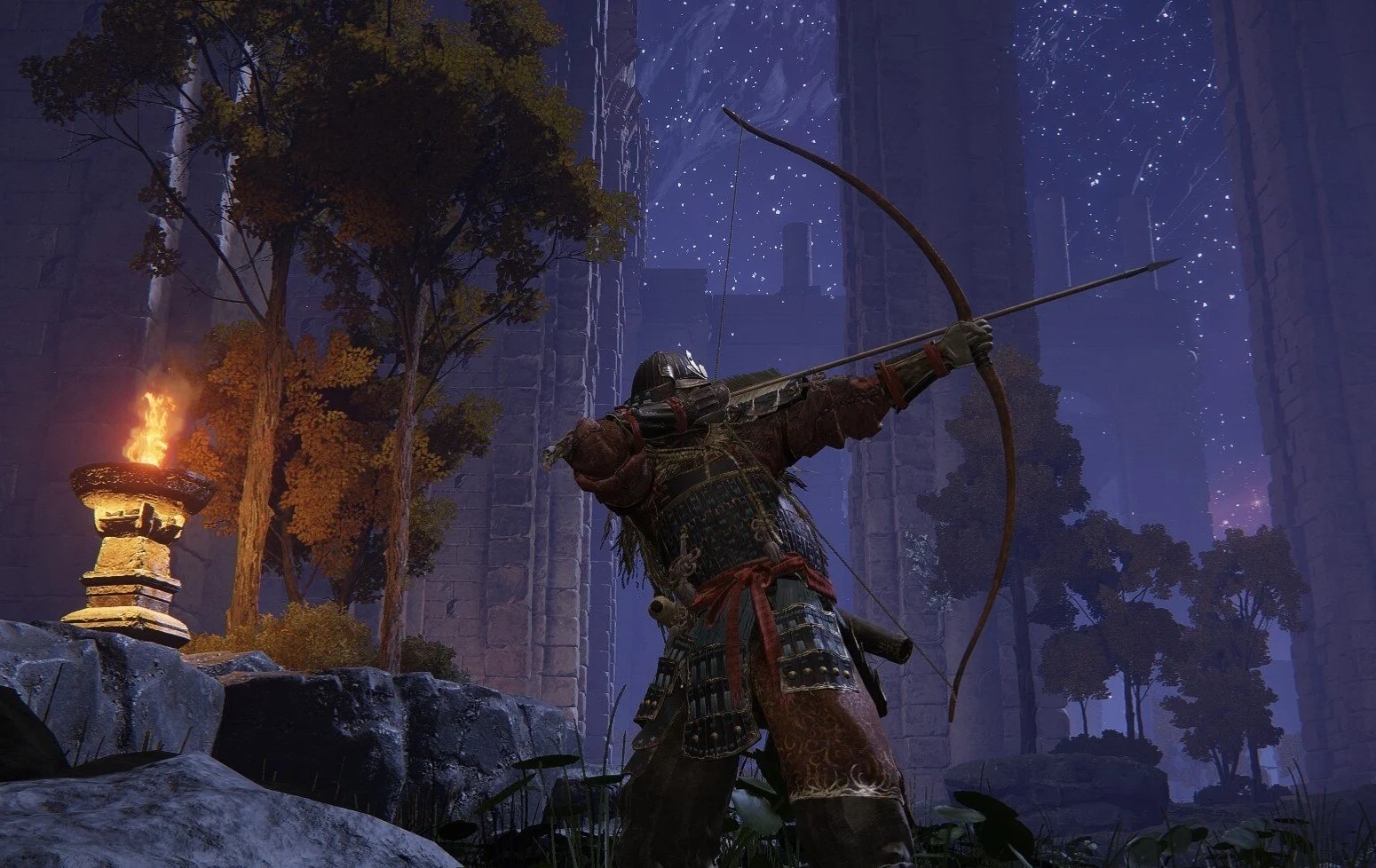 In Elden Ring, building a bow-focused build that lets you clear all content and deals even massive damage is actually possible. With the crafting mechanic introduced, this allows players to craft their choice of an arrow to suit all types of situations. There’s also the fact that some of these arrows actually have unique effects other than just dealing damage to your targets.

Now if you want to try out this fun yet really strong build, then read the guide below.

There are a handful of bow weapons in the game. However, for the purposes of this guide, we’re going to stick with two main bow build variants. The first variant focuses more on status buildups as quickly as possible while the second variant focuses on dealing massive physical damage to your target.

The first variant uses the Black Bow, which is a longbow that functions like a shortbow but with, of course, a higher base damage. What makes it amazing for a bow build is that it comes with the Barrage ash of war which allows you to fire several shots in rapid succession.

Personally, I would recommend going for either sleep, blood loss, or frost buildup if you’re going to use this bow. If you want this bow, you can get it from a corpse northeast of the Avenue Balcony site of grace in Leyndell.

The second variant uses the Pulley Bow which has a passive effect that increases the range of your arrows. This means you can snipe foes from a greater distance than you would with a standard bow. What makes it particularly good is its Mighty Shot ash of war which allows you to charge it for a small FP cost to deal devastating damage to your target.

To get this bow, you’ll want to head over to a tower located north of the Gelmir Hero’s Gravesite of grace.

To maximize your damage, you’ll want to equip the Shard of Alexander to boost the damage of its ash of war. Then, you’ll also need the Arrow’s Sting talisman to boost the attack power of your arrows and bolts. Next is the Blue Dancer charm, which raises your attack power the lower your equipment load is.

Since you’ll be staying out of your enemy’s reach, you don’t have to worry too much about equipping heavy armor to survive. In fact, you can go as light as possible to benefit from the attack boost and a more agile movement.

As for the arrow to use, that actually depends on the enemy you’re fighting. If you’re up against an enemy that’s weak to frost, then equipping the coldbone arrow is ideal. Meanwhile, if you just want to focus on pure physical damage, then some great options like the Stormwing bone arrows and the standard arrows are enough.

Want to get better at using Rogue? read this guide! 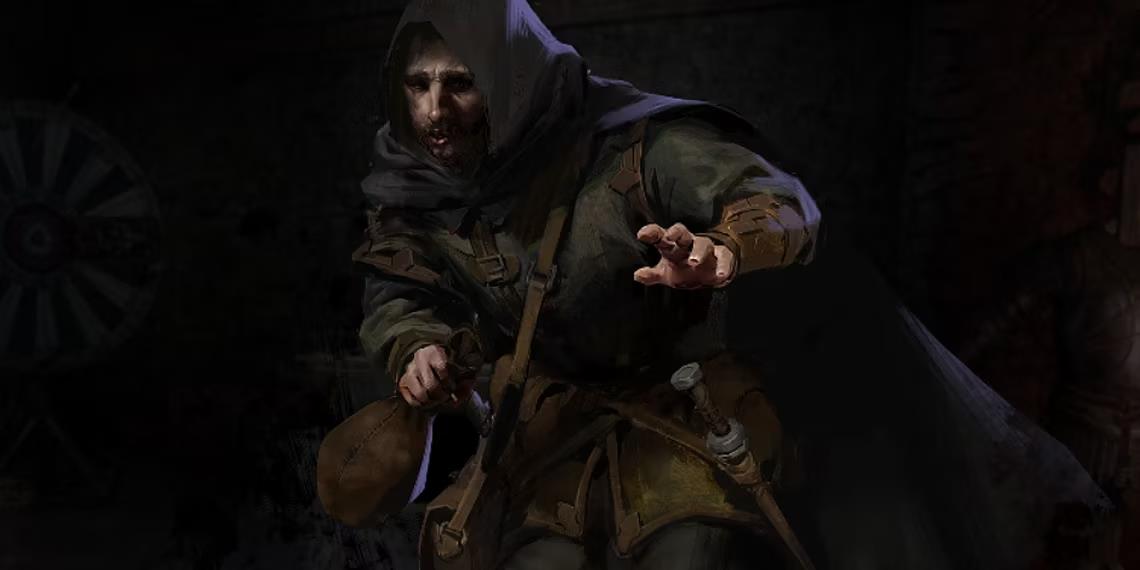 Being stealthy against an enemy is not an easy task because you need patience and virtue in such length where you need to wait for an enemy to approach and make sure you’re not seen, sneak behind them past them and kill them. Of course, not all the time you can use your sneaky skills by escaping and trying to make sure not to be seen by the enemy. Today we’re going to discuss about one of the character classes in the Dark and Darker game called the “Rogue.”

The cunning class in Dark And Darker is the rogue. With a dagger in hand and being confined to the shadows, you’re less likely to engage an adversary in direct combat than you are to prowl the shadows and wait for an ambush.

Though that is up for debate, it’s a ton of fun and our choice for one of the greatest solo classes in the game.

The rogue class is swift and cunning and has the capacity to become completely invisible. The Rogue is for you if sneaking around in the shadows and slashing foes in the back sounds like fun. But be careful—if you’re discovered, you’ll suffer soon as a rogue.

Rogue can be a little challenging to play at first in Dark And Darker’s Goblin Cave solo queue. That’s as a result of the Goblins and other adversaries dealing enormous damage and taking a beating.

However, Rogue can excel in this situation if you use your advantages and focus on other single players. Fighters and their shields, wizard fireballs, and a barbarian axe to the head are all things to be aware of.

The Rogue’s advantages and skills are listed below:

Poisoned Weapon is one of the greatest (if not the best) passive talents for the rogue and should be chosen for a beginner’s build.

When it comes to skills, we believe that Weakpoint Attack and Rupture are the most dependable and efficient at doing what Rogues do best: eliminating adversaries in the dark.

Although Hide and Smoke Bomb are sometimes useful, we still believe sheer damage to be the better option.

You can choose from four perks once you’ve reached level 20 and began to consider the ideal build for the Rogue.

Here is an example of a possible Rogue build:

Rupture and Weakpoint Attack will continue to be the primary Rogue skills we use.

We’ve added Poisoned Weapon, Backstab, Trap Detection, and Creep to our list of perk abilities. This is why:

Best Rogue Equipment to Watch Out For

Rogues have very few options for equipment because they can only use daggers, occasionally a rapier, and can only wear cloth or leather armor.