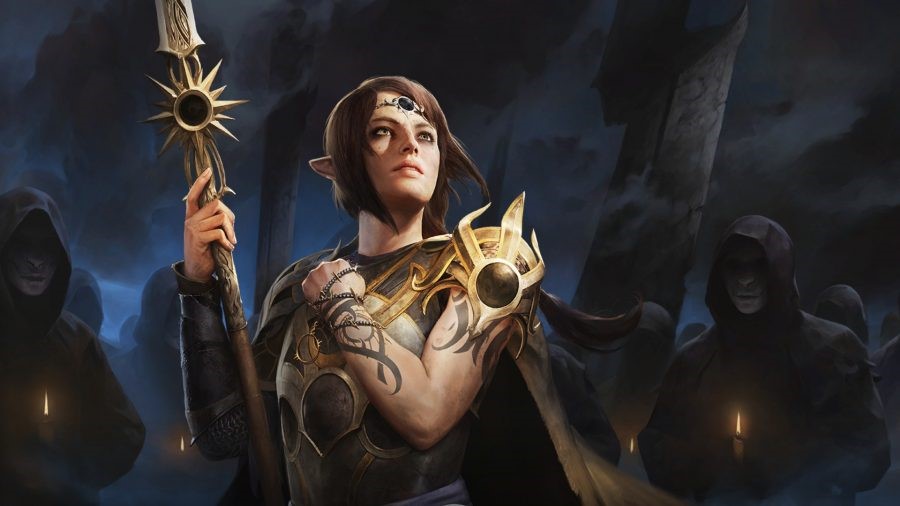 In Baldur’s Gate, companions are how you will round up your party of misfits. They come with their own classes, personalities, and perspectives, plus you can also romance them, at least some of them.

Shadowheart is one such companion, offering your party cleric spells and a lot of cool tricks from the trickery domain. She can charm a person, disguise herself as other races and genders, give her and others in the party a stealth bonus, and create illusions.

Just don’t bring her along if you have Lae’Zel, they don’t like each other.

How to Free Shadowheart in Baldur’s Gate 3

Shadowheart is one of the first companions you’ll encounter in Baldur’s Gate 3, second only to Lae’Zel. She’s trapped inside one of the pods in the Nautiloid. In the past, you were not able to free her from the pod and could only recruit her later during Chapter one, but that changed with Patch 5.

There are two ways to open the pod, either through an arcane check or using a key.

The arcane option is pretty straightforward. Choose the option named “There’s magic at work here, but what kind?”, upon which you’ll get an arcane check. If you pass it, you can choose to inscribe the runes on the console next to the pod to open it.

But if you didn’t choose a class with arcane talents, you can open it the old-fashioned way. Just head to the left path and all the way to the end you’ll find a corpse that has an Elaborate Key.

Then head back to Shadowheart’s chamber and use the key to open the Elaborate Reliquary. Within, you’ll find an Eldritch Rune. Use the rune on the pod console next to Shadowheart and you’ll be able to free her.

Once you exit the ship, you’ll find her on the Ravaged Beach.

If you failed to free her from the pod in the Nautiloid during the prologue, you can find her at the entrance of the Abandoned Ruines (or Dank Crypt) during Chapter One.