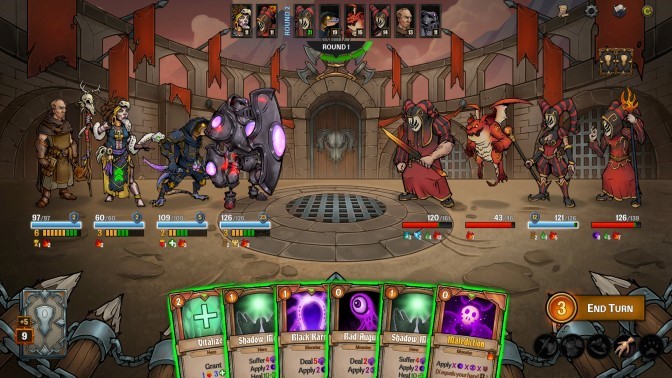 Deck building can either be the most daunting, or most exciting part of any card-based game. It all depends on how you look at it.

If you are starting Across the Obelisk or any game with deck building mechanics, you would often than not, stick to the default build deck and do minor tweaks on it as you go along.

There is nothing wrong with doing this but at higher levels, you might find yourself at a disadvantage as battles become tougher and enemies get less damage from certain types of cards or even at times, nullifying these damages completely.

Today, we are going to guide you on understanding the basics of deck building and how to create an effective deck for each of your character classes.

Tips and Tricks for Deckbuilding in Across the Obelisk

The first and most important tip we can give is to enable your expanded tooltip option. You can access it on the game settings option. This is for you to have a better understanding of each card’s effects that you would need to understand as you play through the game.

Monster and hero turns rely on speed stats. This sets the turn order for each character on the field. At encounters, the first character that has the highest speed usually sets the tone of the battle so it’s best to use this advantage when creating your deck.

Use cards that slow down opponents, examples for this are Piercing Howl or Rupture for your fighters. These would slow down enemies while your scouts or mages wait for their turns to unleash damage or soften enemies with damage buffs or status effects.

You should also prioritize cards that speed such as haste to speed up your turns.

In between rounds, the energy required to cast cards is retained so it’s best to store up your energy to when you can chain your damage or weaken enemies up and launch a series of attacks.

Keep track of your deck cards and their turn sequence. That way, you would have a better idea of when to deal damage or when to block attacks.

Always check the resistance or immunities of the enemy. If you use a card on an enemy that has high resistance to your attack, you would have ended up just wasting your energy on it. Examples of these are fireballs on fire imps or bleed damage cards on trunkies.

When building a deck for a particular character, check their default deck. That should give you an idea of what their strengths are before you start adding or taking from their deck.

When starting, you might have the urge to fill up all your deck space with cards. This happens often especially if you receive reward cards that are good but not necessarily essential to your deck.

Keep your deck as thin as possible

You shouldn’t do that since having too many cards reduces the chance of your good combination card appearing. Having an idea of what you want your character’s role to be should be your priority and focusing on one or two roles for them and building your deck on that.

So that’s the basic things you need for building up your deck. As you do your first few playthroughs you acquire more characters and cards.

If you keep these simple tips at heart, you would be able to create for yourself a good deck.