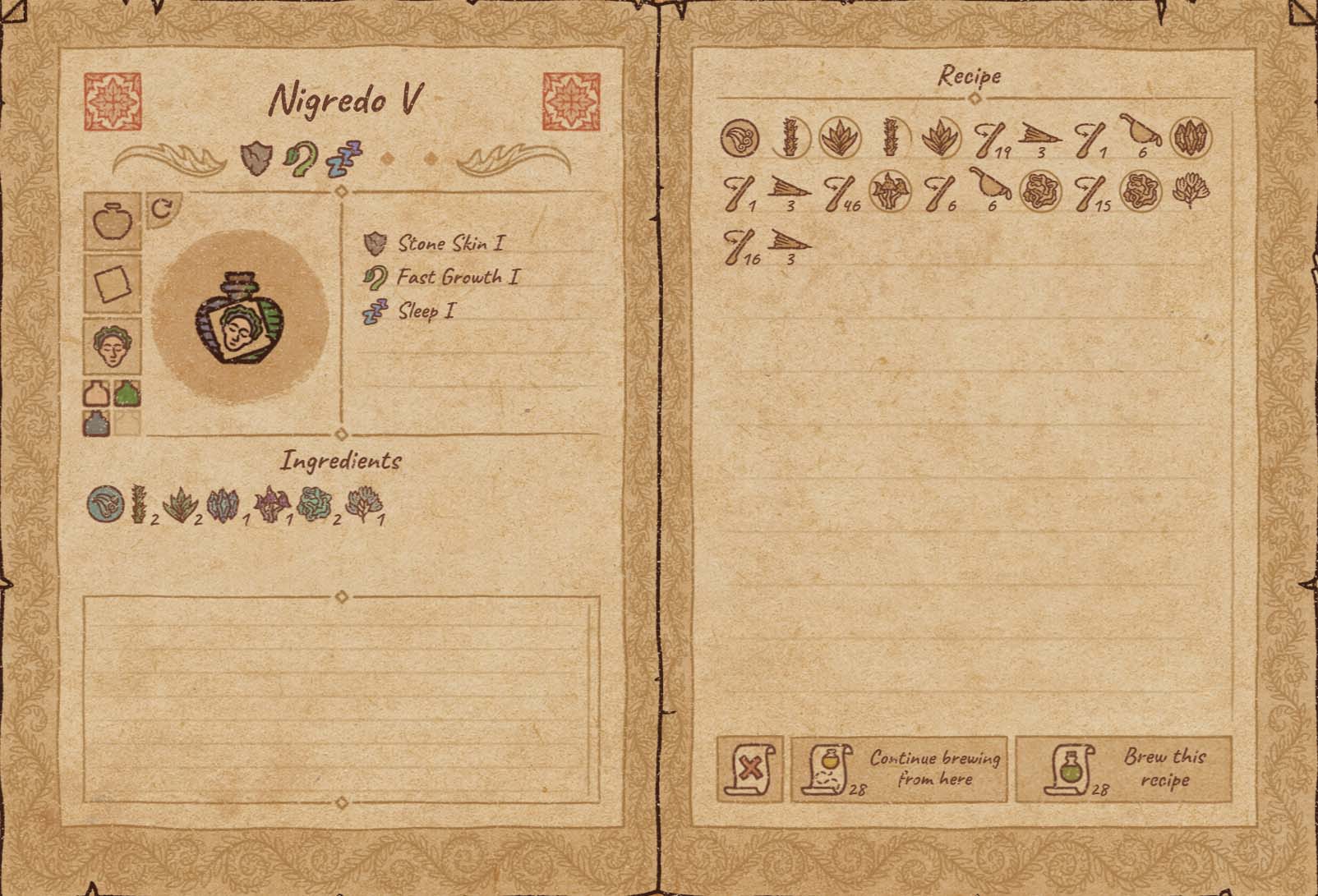 Potion Craft starts out by holding your hand through the entire first chapter, so the more complex tasks you’ll receive in the second chapter might come as a surprise.

But it’s not as hard as it may seem, once you’ll get a better understanding of how the potion brewing system works.

To make a potion with multiple effects, perform all the steps needed to make a regular potion, but without pressing the “finish potion” option.

Once the potion will change the color after heating it, it will gain the effect specified on the map.

From this point on, you can keep adding ingredients to move the potion along with the alchemy map, and once it’ll enter a node that will give it a different effect, you can heat the cauldron again and get a potion with multiple effects!

Which Effects to Choose

Of course, in order to apply the effects, you want, you should have them unlocked on your map, to avoid wandering around it randomly, wasting precious ingredients.

Depending on what you need the potion for, you might want to use different effects. If your goal is to make the simplest potion with two effects, you should combine the two effects that are close to each other on the map, like frost and healing.

But sometimes, your clients will ask for potions for specific purposes, and they will usually be satisfied more with a potion that has two effects. For example, if someone needs a damaging potion, you might want to make a strong fire potion with the additional effect of poison.

New World: How to Get the Woodworker’s Set

Get hold of your own Woodworker’s Set. Learn how to get it. 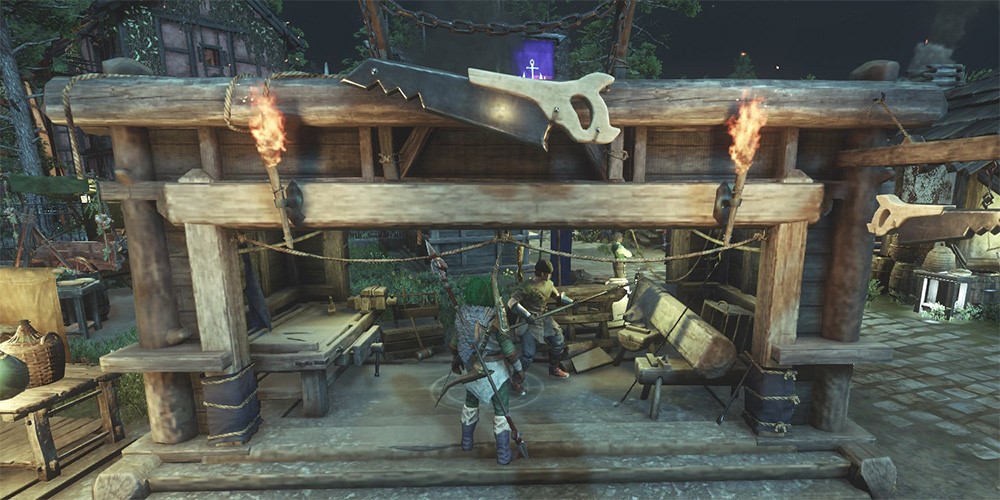 Level up your gameplays in New World by gearing up your armor by getting this Woodworker’s Set armor.

All the pieces that are included in the Woodworker’s Set are under the medium classification. Upon obtaining the complete set of Woodworker armor, you can acquire a total of 10% increase in yield. This is a big increment that is why players have been asking how they can get the Woodworker’s Set of armor.

Having said that, we made this guide to help you out in making your character stronger and tougher by acquiring the rare Woodworker’s Set armor.

How to Get the Woodworker’s Set in New World

All these pieces from the Woodworker’s Set will be obtained by the player by going to different map locations that you should find out at the end of this article.

Each piece will be tackled individually. Important information such as the location and how to get there will be mentioned to make it easier for you to get yours now.

This rare quality cap can be obtained from Slayer Rosellen.

Slayer Rosellen is located at the Northern Ebonscale Reach in the graveyard. However, you can only get this from SLayer Rosellen once you reach Player Level 51 and above.

The good thing about Slayer Rosellen is its quick respawn time. Due to this, you can have larger chances of obtaining this if you are really persistent. You can try several times, but it is guaranteed that Slayer Rosellen will eventually drop the Woodworker’s Cap.

For this one, you can get it after taking down Overseer Levi in the Upper Svikin Shattered Mountain.

Compared to Slayer Rosellen, Overseer Levi is a lot harder than it is. You will be needing to have a friend accompanying you in order for you to finish it quickly. You can go solo, though. But it would be very challenging for you because of the number of mobs that will be fighting you.

Another piece can also be obtained inside the Ebonscale Reach in the Imperial Palace. The Woodworker’s Gloves are dropped from Borvarn.

This is another piece that requires you to join a friend or a party because of the enemy.

It might look like ordinary pants, but the Woodworker’s Pants are obtained after defeating the boss enemy called Tzi-wang The Immovable. You can find this enemy in the Southeast Shattered Mountain.

The last piece is also inside the Ebonscale Reach. You can get this by defeating Daisy The Dancing Bear in the Imperial Palace.

This enemy is also a difficult one to beat because of the great number of mobs after mobs. Having said that, it is highly recommended for you to have a big group in facing this.