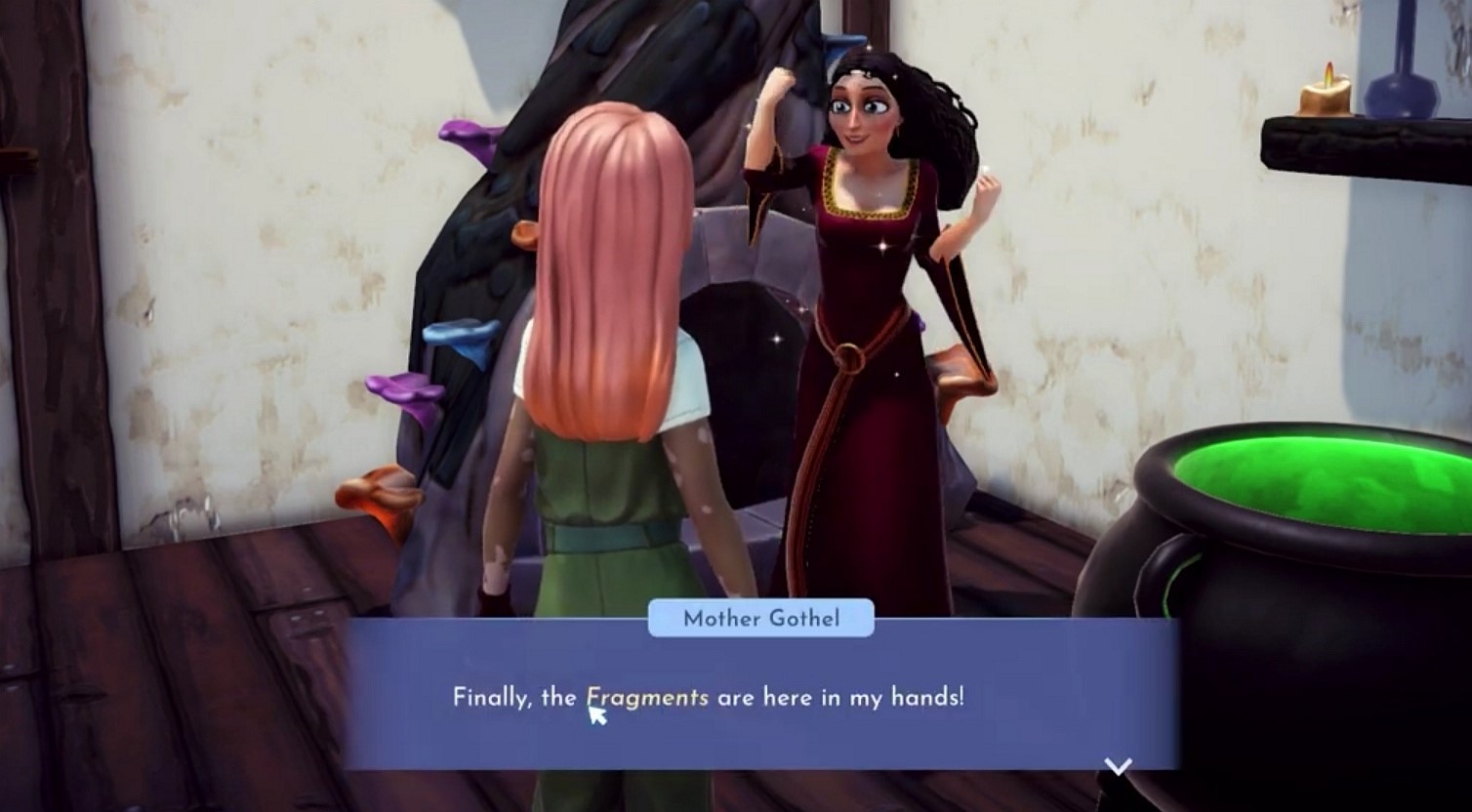 Contrary to what you believe about her, Mother Gothel isn’t such a “Bad Guy”, or is she? Sure, she can be manipulative, selfish, and focused on her agenda but don’t you unlock new quests and things to do when doing her quests?

Mother Gothel’s Quests focus on obtaining an item called a Sunstone. Raising your friendship with her unlocks new quests that take you a step closer to acquiring the item which will be unlocked at friendship level 7.

The long wait is over. In this guide, we will direct you on how to acquire the Sunstone and learn more of what it’s for via Mother Gothel’s Quest in Disney Dreamlight Valley.

As we explained earlier, Mother Gothel’s Quest will be available to you when reaching friendship level 7 with her and complete some of Merlin’s quests.

Finding these fragments are easy enough. But what makes it challenging is that you need to be logged in at three different times to collect these items. get your alarm set because this will take most of the day and end well into the night to collect them.

Start searching for the fragment at Sunlit Plateau from 8 to 10 in the morning. From the waypoint, head southwest towards Ariel’s place, the fragment usually spawns by the stream. The fragments will be easily noticeable since they float above the ground and shine.

When mid-day hits, head over to the Glade of Trust. Walk towards the upper left part of the map which is below Ursula’s Home. You can find the fragment by the tree stumps in the area.

When night sets in, head over to the Forest of Valor for the final fragment piece. It usually spawns near Anna’s Home at night.

Bring the Fragments to Mother Gothel

With the fragments in your inventory, head over to Mother Gothel and give her the fragments. Depending on the time of day, you would find her walking around the valley or at her home at night. Giving the fragments to her will finish the Sunstone Fragments Quest.

Unfortunately, this won’t is the end of her quest. To advance to the next part of the story for Mother, you have to raise your Friendship Level to level 10 and complete two other requirements. We will be releasing another guide as we continue in a few days.

Listen to the voices of those who came before. 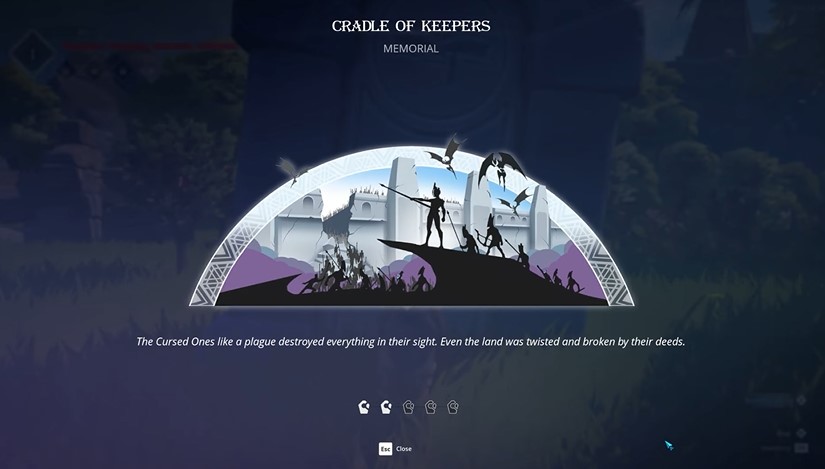 Combining Survival Action and RPG developed Dreamside Interactive’s Frozen Flame presents dozens of areas for players to explore! Within those borders, you’ll come across enemies, side quests, and collectables. One of those is the Memorial, tellers of the history of the world. This guide is here to show you all the Memorial locations in the Cradle of Keepers area.

Cradle of Keepers is the first and big area you’re thrown into when you start Frozen Flame. It can be scary, especially if you’re a completionist and worries about missing something! With this guide, you won’t miss the Memorials!

The first Memorial will be very close to the start. Once you exit the cave, walk a little and then turn left to find the stone.

Continue the path until you reach the checkpoint and trigger the cutscene. There’ll be a stone bridge on the right side of this area.

Cross it and you’ll find the second Memorial beside a tree.

Advance until you find the Portal Hub of Cradle of Keepers. Head downstairs to find the Memorial there, quietly sitting beside a tree.

For the next memorial, be ready for a little walking! From your last position, descend to the ground and you’ll see stairs.

It’s a long walk but march on and you’ll eventually reach the end as well as the fourth Memorial.

The fifth and final Memorial of Cradle of Keepers will demand some parkour. From the fourth Memorial’s location, you’ll descend to the western portion of the mountain, basically jumping down the rocks.

There are some bright-blue pillars on the way, so you can’t miss it. Be careful with fall damage since it might kill your character.

Finding all the Memorials of the area will reward you with the Book of Chronos. Teleport to the Portal Hub and bring this to the ghost dragon known as, you guessed it, Chronos!

He will exchange the Book for one of the following powerful rings: Ring of Light, Fire Ring, Cold Ring, or Antipoison Ring.

Thanks to 04AM for this walkthrough! For more content, please check out his video: Frozen Flame Memorial Locations: Cradle of Keepers – Unlock POWERFUL Rings!