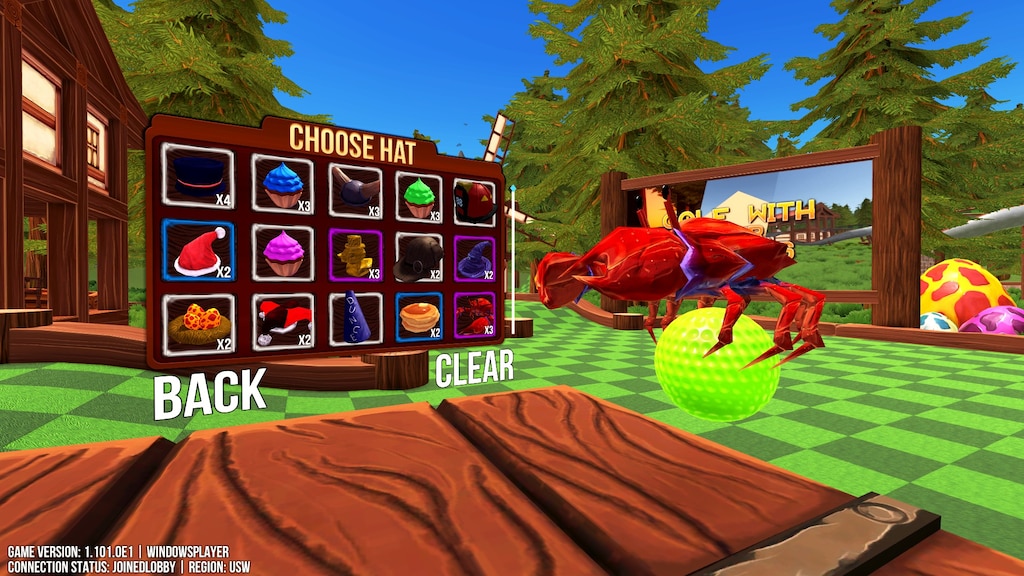 If there’s a universal rule to gaming, is that every game can be made better with hats. Team Fortress 2 built an economy around hats, Super Mario Odyssey is all about using the powers of a sentient cap, and in a Hat, in Time you get your powers from… well hats.

In Golf With Your Friends, hats don’t give you any special powers. But they look really cool. Let’s see how to win some.

How to Get Hats in Golf with Your Friends

There are 3 ways that you can get hats in the game: you can buy them off the community market, buy them directly in-game, or just unlock them by playing.

You don’t have to do anything special to unlock a hat other than just play. You will get a hat every 45 minutes you spend inside the game, but only after you play a match. However, there is a limit of 3 hats per day with this method.

There are 4 categories of hats in the game: Common hats, Rare hats, Epic hats, and mythical Legendary hats. There are over 40 hats in total.

At the time of writing, there’s a bug that messes with the acquisition of hats when playing online. However, you can get around it by playing offline. The developer already announced that they have a fix in the works that will be deployed with their next patch.

Related Topics:Golf With Your Friends