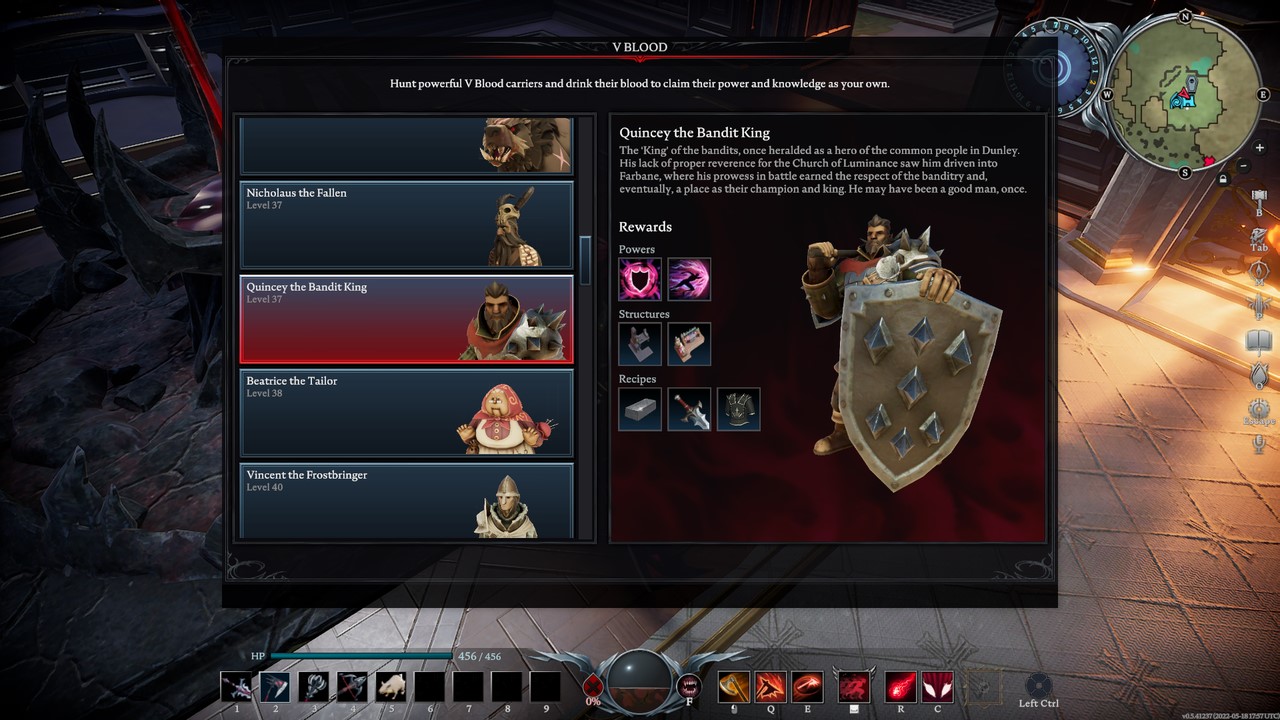 Even though you’re a vampire in V Rising, you are still relatively weak compared to some enemies in the game. One of these enemies are the so-called V Blood Carriers who are basically this game’s bosses. When slain, you’ll be able to absorb their V Blood which, in turn, grants you new abilities.

One of these bosses in Quincey the Bandit King. While he might sound like your average run-of-the-mill boss, he is anything but. In fact, if you fight him unprepared, you’re definitely going to get your ass kicked. Besides, Quincey has chaos-imbued attacks that will hit like a truck, not to mention he even has magical attacks in the form of chaos magic projectiles.

If you’re struggling to beat him or are yet to fight against him, then this guide below will help you.

How to Defeat the Bandit King in V Rising

Even though Quincey’s attacks deal a lot of damage and are hard to dodge, he doesn’t have any other notable attacks. As soon as you familiarize his pattern, it should be easy to deal with him.

Before you head to fight him, you have to make sure you’re using Merciless Nightstalker armor as well as Merciless Copper weapons. Also, make sure you have lots of Blood Rose Brew prepared to heal yourself during the fight.

Do take note that Quincey has an aggressive AI as well as a massive health pool. Moreover, he will deal damage over time with his shield-based moves, so make sure to avoid them as soon as possible. Most of his moves include charging from afar using his shield and then performing a shield bash when he’s up close.

Once he reaches low health, he will charge 3 times. However, you can use this to your advantage by directing him into a wall. If he collides into a wall, he’ll be stunned for several seconds, giving you enough time to deal some extra damage.

He’ll also attack in streaks of 3 consecutive hits during low health, so make sure to avoid those as well. As long as you’re patient enough, you should be able to take him down after some time.

Where to Find the Bandit King

To fight Quincey, you need to head over to the Bandit Stronghold located north of Farbane Woods. Here, you have to use explosives to destroy the entrance gate to access the location for the boss fight.

ALSO READ: V Rising: Best Settings To Use For PVP

Trouble using the weapon? Learn more by reading this guide! 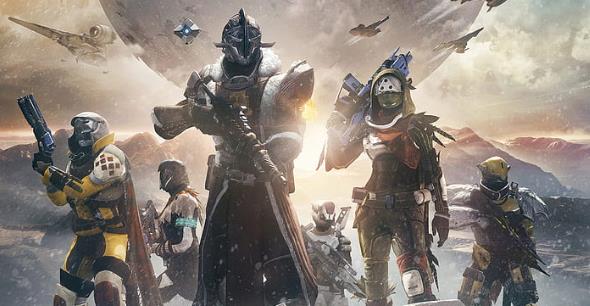 In Destiny 2 there are times after we either beat the boss or discovered loot boxes and gained access to legendary armor or weapons there are times we are confused about how to use them and unaware of what they are capable of, using a weapon without basic knowledge on how to use them is a no-no if you’re fighting against boss if you wanna be good at them you need to know the basics and create a combo on how to use them, don’t worry because we got you on that one and we’re gonna tell you how to use Gunnora’s Axe in Destiny 2.

After being absent during Season of Opulence, Gunnora’s Axe has made its way back to Destiny 2. Gunnora’s Axe, an Iron Banner Shotgun, has a limited number of perks that may extend the range stat to horrific distances and may work well with your boss-damage builds.

There are a few enticing benefits offered by Gunnora’s Axe for those who participate in the Crucible. But it struggles with a wildly unpredictable recoil direction, so controlling that will probably be a top concern.

Initially, try to get the recoil pattern to straighten out with the Arrowhead Brake. This should be followed by Accurized Rounds to significantly increase the range stat. Choose a different barrel if the sideways pull is not important to you.

Your preferred play style will determine which perks you should pursue. The range stat must be pushed out at the expense of everything else for this god roll. Moving Target is usually a wonderful option to keep the target acquisition quick. This will enable you to take those quick shots.

Speaking of quick shots, Snapshot Sights is something to think about, but only briefly. Iron Reach, despite kicking stability to the curb, comes out on top in this situation. In Crucible, there are only two shots (or thereabouts), so steadiness isn’t really necessary; just make the first shot matter.

Put on Sprint Grip for the quick ADS speed and look for a range masterwork. The only weapon you have left is a slug shotgun with a full range bar. Enjoy your brand-new sniper weapon.

Recoil direction is not crucial on the PVE front. You won’t be penalized if you’re a little bouncy. The focus of this Gunnora’s Axe god roll is boss damage. For certain bosses, slug shotguns have always been a great alternative, and this is your opportunity to grab one.

The Auto-Loading Holster is a fantastic perk that you can set and forget about. Use another weapon after finishing your current round to continue dealing damage. Switch back when you hear the click and take pleasure in skipping the reload line.

Vorpal Weapon, which does extra boss damage, should be the final perk. By including Boss Spec, you will have done all possible to give this shotgun its one true purpose.

Lean into Voltshot as a substitute for pure, boss-melting bliss. An effective Arc shotty is essential if you’re using one of our Hunter, Titan, or Warlock Arc builds.