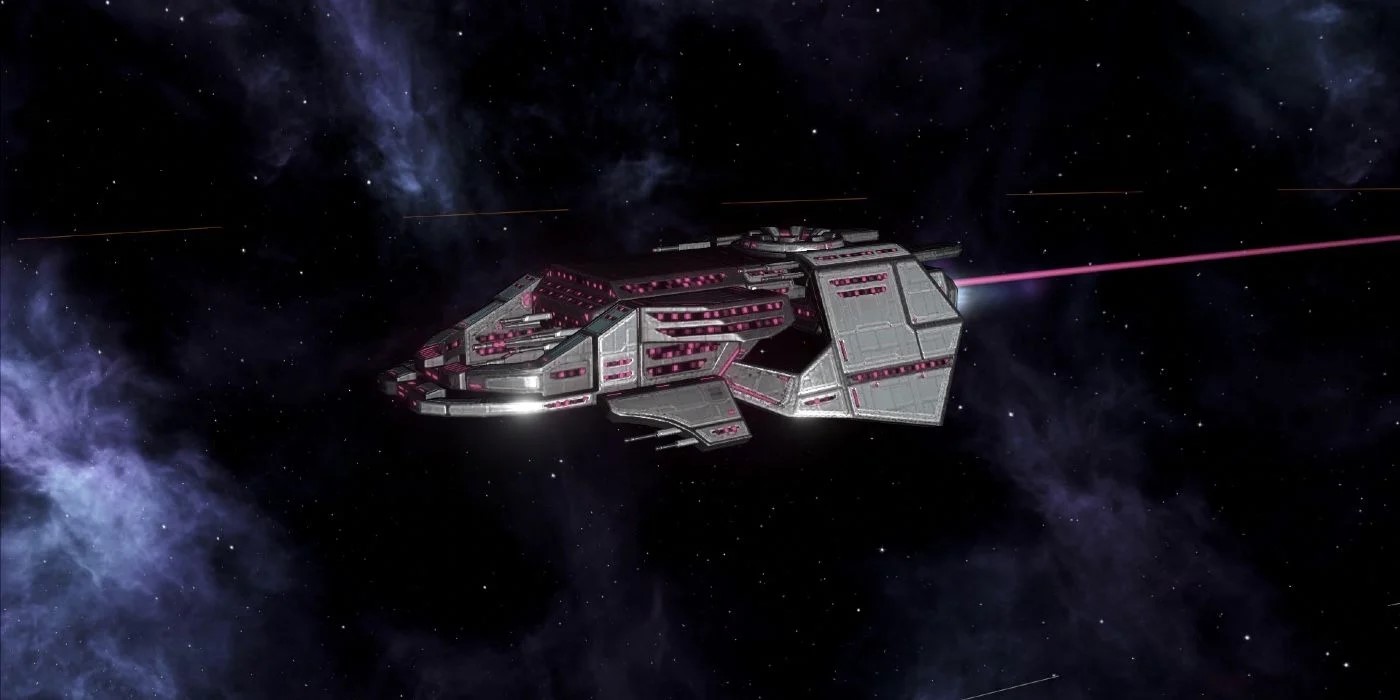 As mentioned, you can find tons of weapons and defenses in Stellaris when designing your ship. However, if you really want to maximize your ship’s defenses and firepower, you’ll want to go for only the best in their respective category.

Below, we’re going to take a look at the top tier when it comes to weapons and defenses for your ship. Let’s start with the weapons first.

I won’t be beating around the bush here and would instantly go to the S tier among weapons. First, we have the Giga Cannon which is no doubt the best weapon in the game as far as breaking through enemy shields goes.

From an economic standpoint, Giga Cannon is the better choice considering what it can be paired with. Since armor is twice as expensive as shields, if your target equips his ship with extra armor just to counter Giga Cannon, that means he’ll have to spend even more just to do so.

Besides, Giga Cannon as an X-slot weapon pairs well with another S-tier weapon which is the Neutron Launchers. Basically,  this weapon is an L-slot weapon, and just like any other weapon, it deals reduced damage against shield but has very massive damage against hulls and armor.

If we combine this weapon with the Giga Cannon, you got a killer combination that’s capable of dealing with both enemy shields and armor with ease.

As far as defenses go, you have three options to choose from. First is the Crystal-Forged Plating which you can obtain by destroying the massive crystal fortress which you can find in a specific system. It offers a lot of hull health which can make your ship a lot tankier.

Next is the Psionic Shields which provide far more shield health than Dark Matter Reflectors. As far as shield technologies go, this one is definitely a cut above the rest.

Also, if you pair these two with Auxilliary Fire-control, you can gain +5 to your accuracy which essentially increases the damage potential of your weapons that have accuracy below 100.

The last defense on this list is the Artillery Combat Computer which is arguably the best combat computer in the game. The reason is for the simple fact that this combat computer adds extra range to your weapons and even increases their fire rate by 10% as well.

Since there are various ways to increase your weapons’ accuracy, you can do without the Line Computer and install this one instead.

ALSO READ: V Rising: How to Choose the Best Base Location