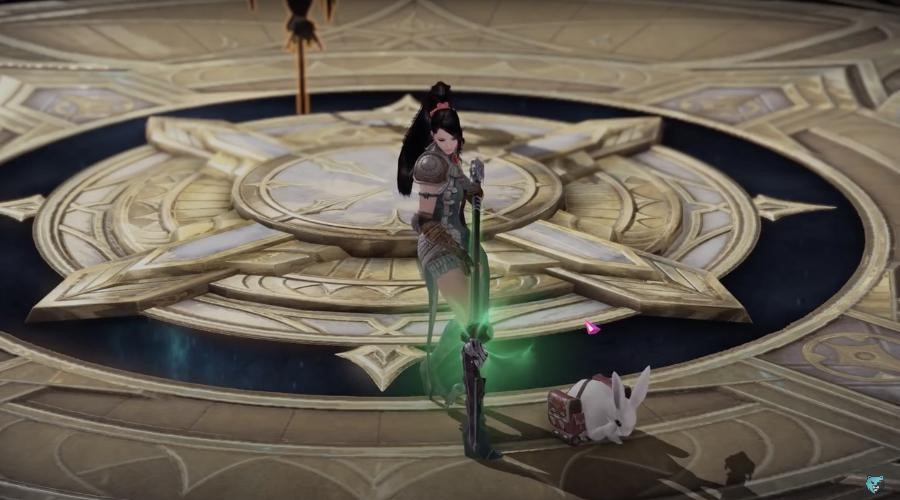 This April, Lost Ark adds a new class called the Lance Master, or the Glavier. In comparison to other Martial Artist classes, the Glavier is the most well-rounded. This class is perfect for players who are flexible and can take advantage of her two stances, maximizing the Glavier to her fullest potential.

The Glavier utilizes two weapons, the spear and the glaive. You can freely swap between the two which gives you different abilities.

On the bottom of your screen, the blue skills are from your glaive weapon, also called the Flurry Stance. When you switch to the spear or the Focus Stance, the skills will turn red.

There still might be a few changes on the Glavier’s skills as it is being launched in other regions but as it stands right now, the Vault is your only counter skill.

The majority of your stagger will come from your blue or Flurry Stance since the Focus Stance doesn’t have that much stagger ability except for Parry.

If you want the best stagger ability, go for Raging Dragon Slash, which is used in almost every build.

Like any other class, you have two Class Engravings for Glavier namely the Pinnacle and the Control, which determines the style of your build.

If you want to benefit from both weapons and swap stances from time to time, you may opt for the Pinnacle Build. This makes the buff that you get from swapping stronger.

If you want a build that solely focuses on the blue or Flurry Stance, go for the Control Build.

This build is recommended for starters who are using the Glavier class for the first time.

Keep a close eye on your meter as these abilities require a lot, but the extra damage will be worth it.