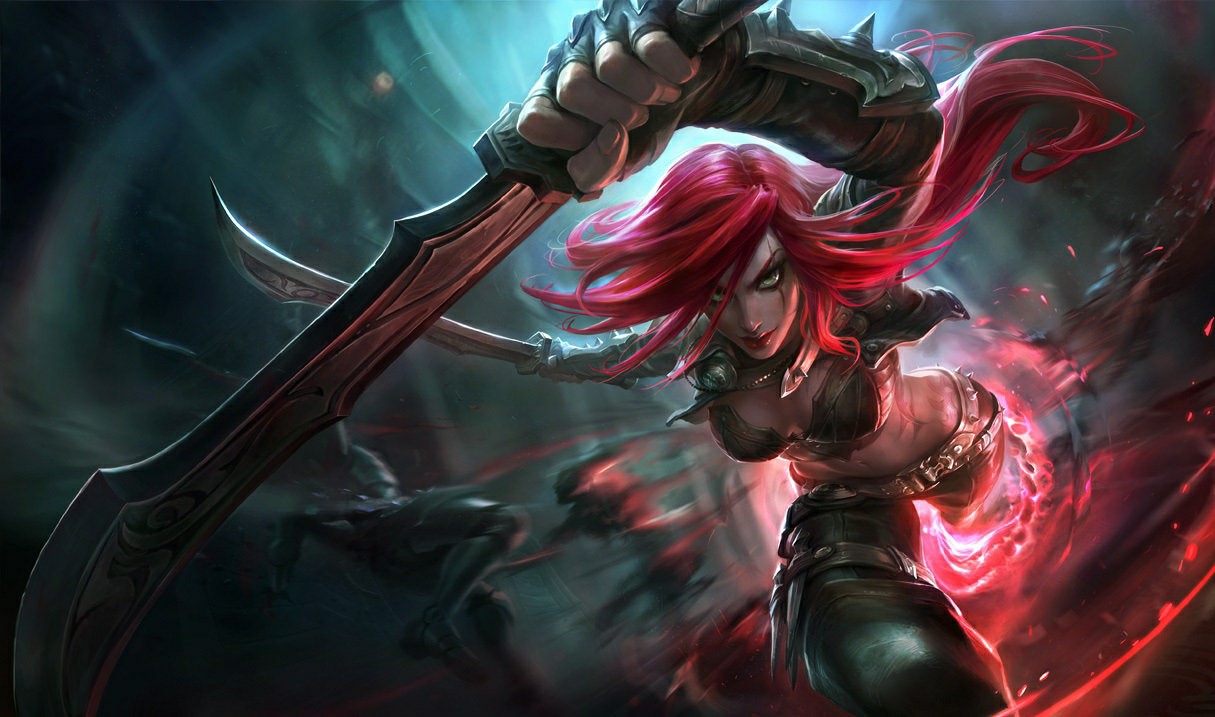 Of the many Champions in League of Legends, Katarina is no doubt one of the highest mechanical Champions out there. She’s capable of carrying the entire team ALL BY HERSELF, and there are only a few Champions that can do that in the game!

What makes her really interesting is her high-risk high-reward playstyle. If you’re interested in playing Katarina, especially this Season 12, then this guide is for you.

Let’s start off by talking about her strengths and weaknesses right off the bat. As for her strengths, all she needs is a single item to snowball through the game. When playing Katarina, you have to make sure that you lane properly for the first few minutes to get that item, then you can go on a killing spree afterward.

You have to make proper use of her Shunpo and Death Lotus abilities to roam around the map and start getting kills. With proper usage and timing, she can even dive into enemy towers as long as her enemies don’t have CC or if someone from the team is aggroing the tower.

Despite this, Katarina’s heavy counter is CC, especially ones that can cast instantly. If you used her Shunpo improperly, you can easily die once you are CC’d. Also, since Katarina relies on poor enemy vision to start roaming around the map, an enemy team that sets up proper vision can easily counter her.

What to Do During Teamfights

One crucial piece of information you should keep in mind when engaging in team fights is to make sure you get into the fight and then get out as quickly as possible, all while applying the most damage you can possibly do.

Since most of the time, you will have the highest damage output in the team, you will be very valuable during team fights. As such, you’d want to make sure you stay alive to keep up the consistent damage output as possible.

It’s important to understand that if you die as you engage in a team fight, your team will have a hard time winning that fight since they lose most of the team’s damage with your death.

So the best strategy is to be patient. Don’t just jump right into the middle of 5 people and die seconds later. Keep in mind that CC is Katarina’s biggest counter, so if you got CC’d in the middle of the enemy team, you’ll definitely die.

Instead, you’ll want to poke the enemies from afar using your Q ability, then strategically place your daggers and finish the enemy team’s carries. After that, you’ll want to get out of the fight as soon as possible.

The strategy here is simple. Don’t just rush in during team fights. Look for opportunities, and if there are none, don’t engage.

If your team decided to go all in, then go all in as well, but don’t go in blind. Come up with contingency plans before you dive in. Make sure that when you go in and engage, you can safely go out as well.

ALSO READ: Overprime: Honest Review | Is It Worth It