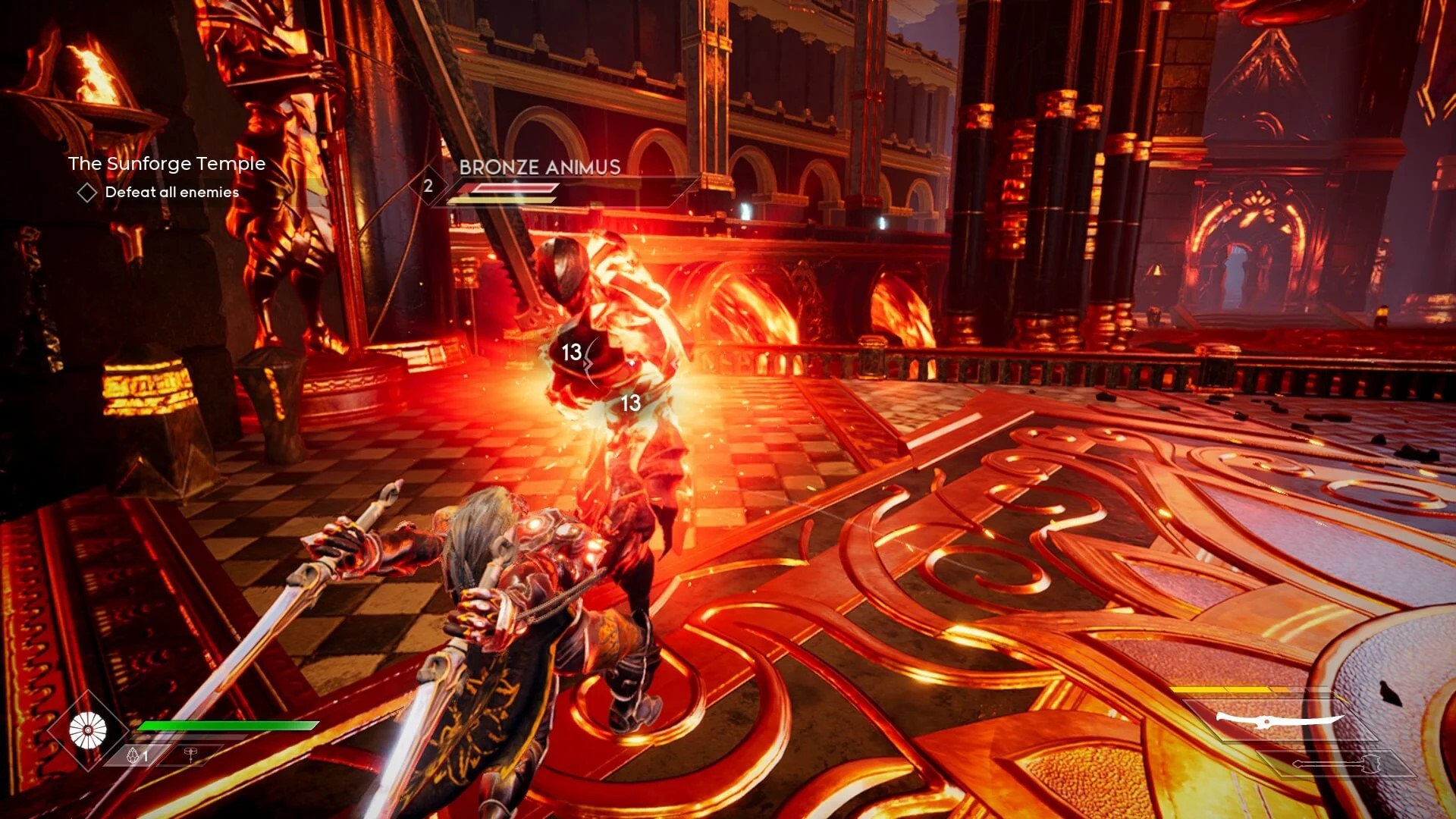 Godfall is a loot-based hack ‘n’ slash game that relies heavily on your items and builds in order to progress through the game. As such, if it’s your first time playing the game, you need to farm the right items and use the right build if you want to make it to the endgame.

If you’re looking for a beginner-friendly build that will let you farm legendary gear like crazy, then this guide is for you.

The best possible way to obtain the most legendaries possible is through dream stones and using the Dreamshaping system. You want to use the Lucidity you obtain in order to get additional rewards after which you can then increase their rarity up to Legendary.

To get started with the build, you need to farm for either a legendary Weakpoint or Weapon Technique item as well as a legendary ring. Through this, you’ll be able to obtain a Dusk Lord’s Signet as well as Surety which are the two strongest items you’ll need to get this build running.

Any of these items will help you significantly. Surety in particular grants you increased Weakpoint damage while Dusk Lord’s Signet exposes enemy weak points each time you inflict an ailment. Once you have either of the two, the next item you want to farm is an epic or legendary Overhealth item.

In case you’re wondering, Overhealth is a huge buff that grants you a temporary bonus to your health which massively increases your survivability. Then, you want to farm for both Force Barrier and Nightshade augments. Force Barrier allows you to spam your attacks without getting interrupted as long as you are above 50% Overhealth.

Meanwhile, Nightshade blinds nearby enemies whenever you’re hit by an attack that reduces your Overhealth. These two synergize with each other pretty well as they let you sustain your Overhealth and allow you to attack non-stop.

The next items to the farm are legendary Overhealth items, specifically Void Shell and Zwei’s Embrace. These happen to be the two strongest Overhealth items in the game. These two are a massive addition to your build as they will let you keep gaining Overhealth so you can stay alive as much as possible.

Now, the next item to farm is probably the most important item in the game. For this, you want to look for epic Critical Hit items, not legendary. Specifically, you’ll need the Seethe longsword, the Lion Talisman, and the Mesa’s Banderole banner.

With all these items synergizing with each other, you’ll be able to take on content that the game has to offer. Now that your build is ready, you now have the groundwork you’ll need to start min-maxing your build. It can be used on any Valorplate you want, and all you need to do is find rare augments that will complete the build.

At this point, all you’ll need is to obtain the same items but with the right secondary stats you’ll need. You can start farming those specific items mentioned earlier or do quests. You should make sure that all of your gear have Crit chance and your augments have either Weakpoint damage or Overhealth gained.

Ideally, you want Overhealth gained on your Vitality augments so you’ll be able to survive as you’ll end up gaining health faster than your enemies can damage you. With the build complete, you can then farm legendary gear and experiment with various other builds depending on your preferred playstyle.