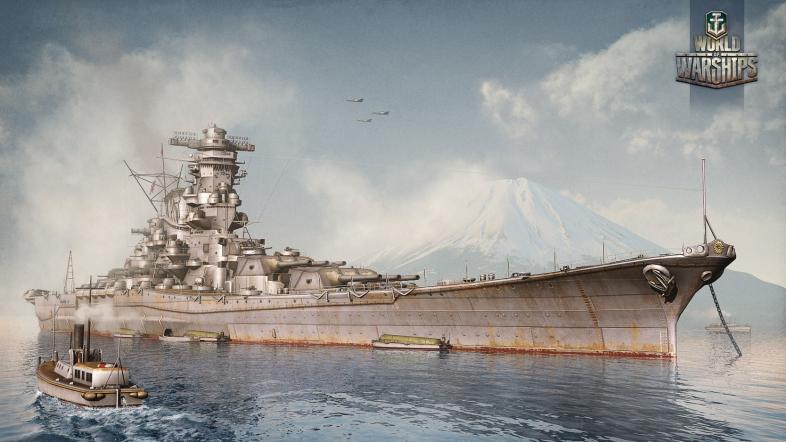 Being the heaviest ship class in the game, Battleships can prove to be a bit tricky to control on the battlefield.

With their slow movement and lack of maneuverability, you might find it difficult to stay afloat for long. Especially when enemy torpedoes come into play.

But, with a little bit of skill, you’ll be able to overcome these obstacles and grind your enemies to dust. But first, you’ll need to know the strengths and weaknesses of Battleships…

Commanding Battleships in World of Warships

The main thing Battleships can do is cause damage. Though they are often seen as tanks of the team, there are susceptible to torpedo attacks and their low speed makes dodging enemy projectiles almost impossible.

But, that doesn’t mean there’s only one way to use battleships effectively. Your playstyle will be mostly affected by the nation you’ll choose. According to most players, there are two nations with particularly powerful battleships, so let’s take a look at those first!

The Japanese Battleships emphasize long range shooting and favor offense in exchange for defense.  Most of the time, these are best positioned at the back of the map.

That way, you can use their powerful guns, without worrying that much about the damage received. And since they also have excellent torpedo defense systems, your main priority is to avoid enemy AP shots.

American battleships exchange some accuracy for better armor, making them better at mid-to-close range shootouts. Their shells also travel slightly slower, compared to other ships of their kind, but have better penetration.

Perhaps most importantly, they have the best damage control consumable duration and enhanced heal, making your consumable choice much more important when playing as this nation.

When commanding any battleship, team play becomes essential. Battleships lack the scouting capabilities of other ships, and they can easily get in trouble. Therefore, you should depend on other ship classes to give you intel on where to strike. Once your team knows your enemies weak pints, it’s the battleships job to pummel through them.

Who to Shoot at and How to Avoid Getting Shot?

There are a few common skills that become very important when steering a battleship. First is Armor Angling. Don’t show of your ship’s broadside unless you need to. Battleship’s citadel is as vulnerable as any other.

Don’t move in a straight line for a long time. Moving back an forth and changing your course every so often is the best way to survive a torpedo attack. Even if you think you’re safe, slowing down every so often will save you from surprise attacks more often than it will cause harm!

First, always target cruisers. Battleships are their worst nightmares, and if you can take a few down successfully, you might be able to secure a win for your team early on in the game!

And lastly, mind what consumables you choose. Though the ones you need are largely dependent on your playstyle, if you don’t have a better idea, these should serve you well in most situations:

Now since you are packed with Battleship knowledge, it’s time to start practicing. Good luck!

ALSO READ: World of Warships: How to Unlock Submarines?