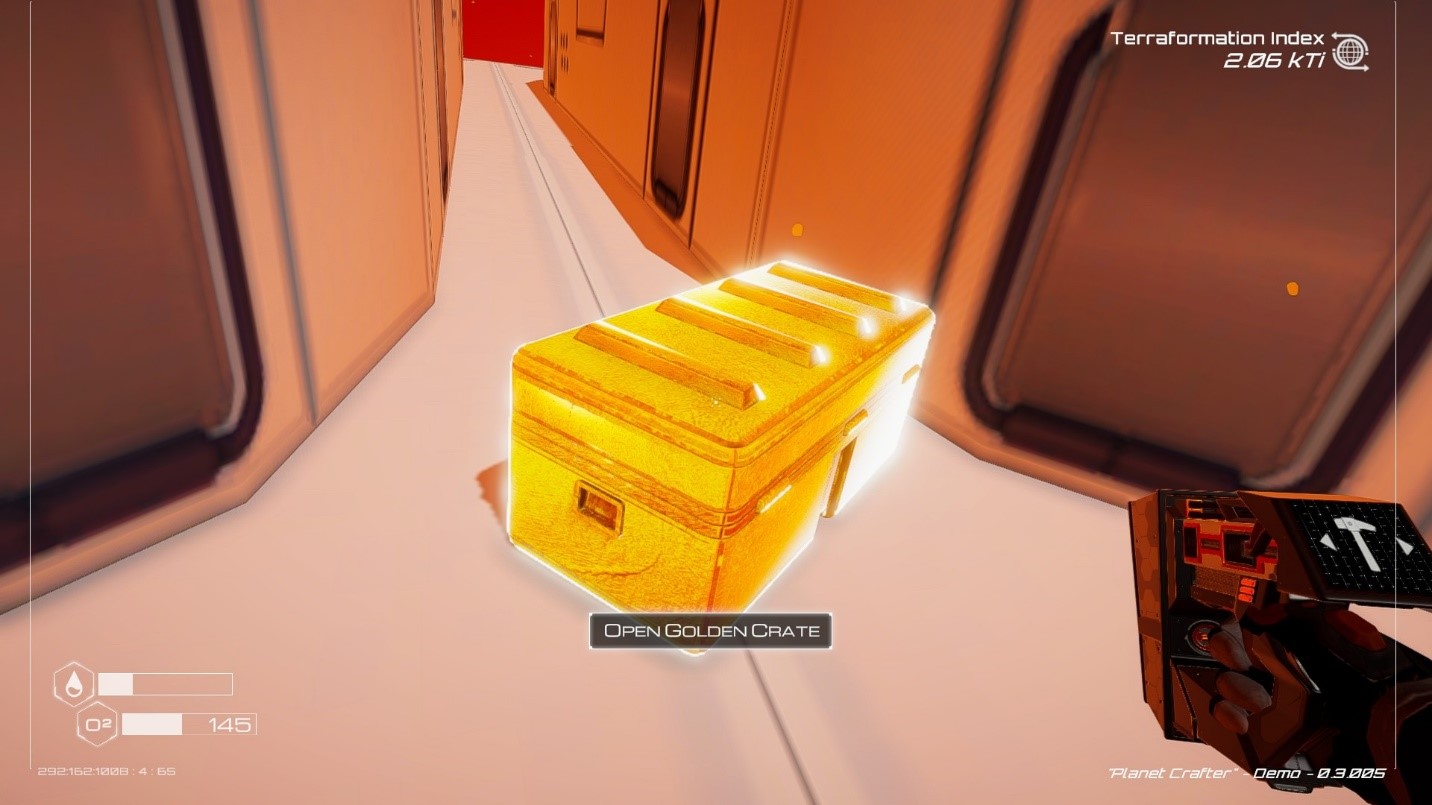 Golden crates also called golden chests, contain some really good loot. Currently, their locations are preset and not randomized. Following the instructions in this guide, you’ll easily find all 8 golden crates currently present in the game.

There are currently a total of 8 golden crates in The Planet Crafter. Currently, they are all set to spawn in the same place for every playthrough. However, as the game’s development progresses, they might become randomized. That means that their locations aren’t guaranteed to the same in future updates. However, we’ll give you their current locations.

One important thing to note first, also. On the bottom left corner, you’ll notice a set of 5 numbers. For example, 400:30:60:4:20. These are coordinates. Using them will make it a lot easier to locate the golden crates. We’ll focus on just the first 3 numbers, as they are more than enough to locate the chests. Note that the ones we provide aren’t 100% exact as they depend on the player’s precise location, but they’re good approximates of where the chests are.

This chest is in the Western Ridge area. It’s not really too far from the starting point in the game. It’s located on a curved ridge and can’t be seen from below.

Found Northwest of the Lake-bed starting area, not far from the general area of the previous chest. This one is on top of the wrecked freighter. Can be accessed through the sand dune to the right of the shipwreck’s cargo bay doors.

This one is found within the Iridium Caves. You’ll have to jump down onto the second level from the third level. It’s found nestled between some rocks.

You’ll have to head to the stone labyrinth near the wrecked Satellite Station. Should the labyrinth give you trouble, you can enter through the back. There’s an entrance around the southeastern area of the labyrinth.

This one is found hidden under a set of rocks in what looks like a ravine. It can be hard to find, but it stands out a lot if there’s water filling the ravine.

For this one, you want to look for a big bridge-like structure. This structure has a circular opening where the golden crate is hidden. If you’re coming from the previous golden crate, it should be on your left side.

The Field of Spiked Columns can be accessed by going west of the Lake-bed starter area. Alternatively, you can head northwest of the Aluminum Hills. The golden crate is hidden behind a tall pillar behind a metal structure.

Since this area can be tricky, here’s an extra picture showing the metal structure mentioned above. The golden crate is to the tall pillar closest to the camera on the left side of the picture.

The final golden crate, if you’ve been following this order. Found in a small cave made of rocks near the Sandstorm Wall. You might need to progress in the game until the ice melts to reach this easily. Simply find the set of rocks in the picture and walk inside. It’s a small cave-like structure. The golden crate is at the very end. 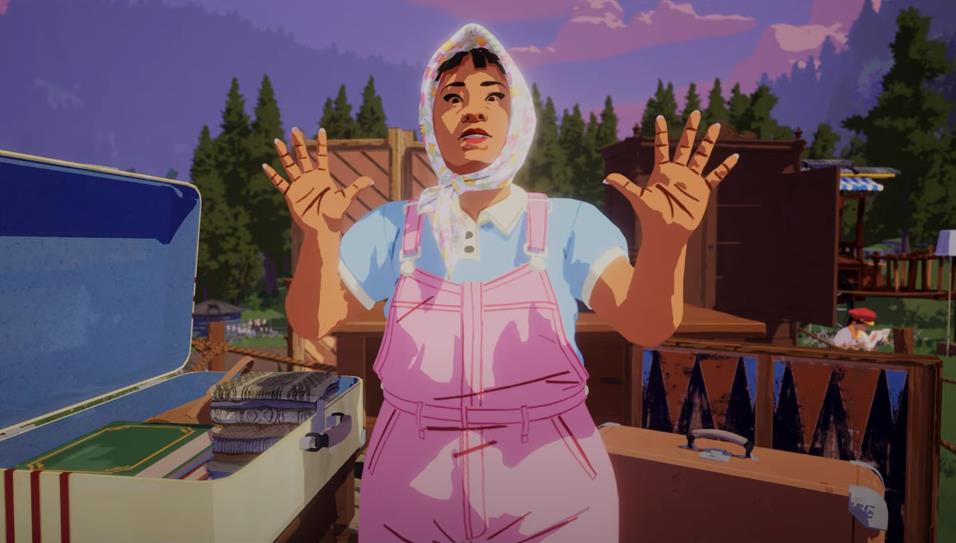