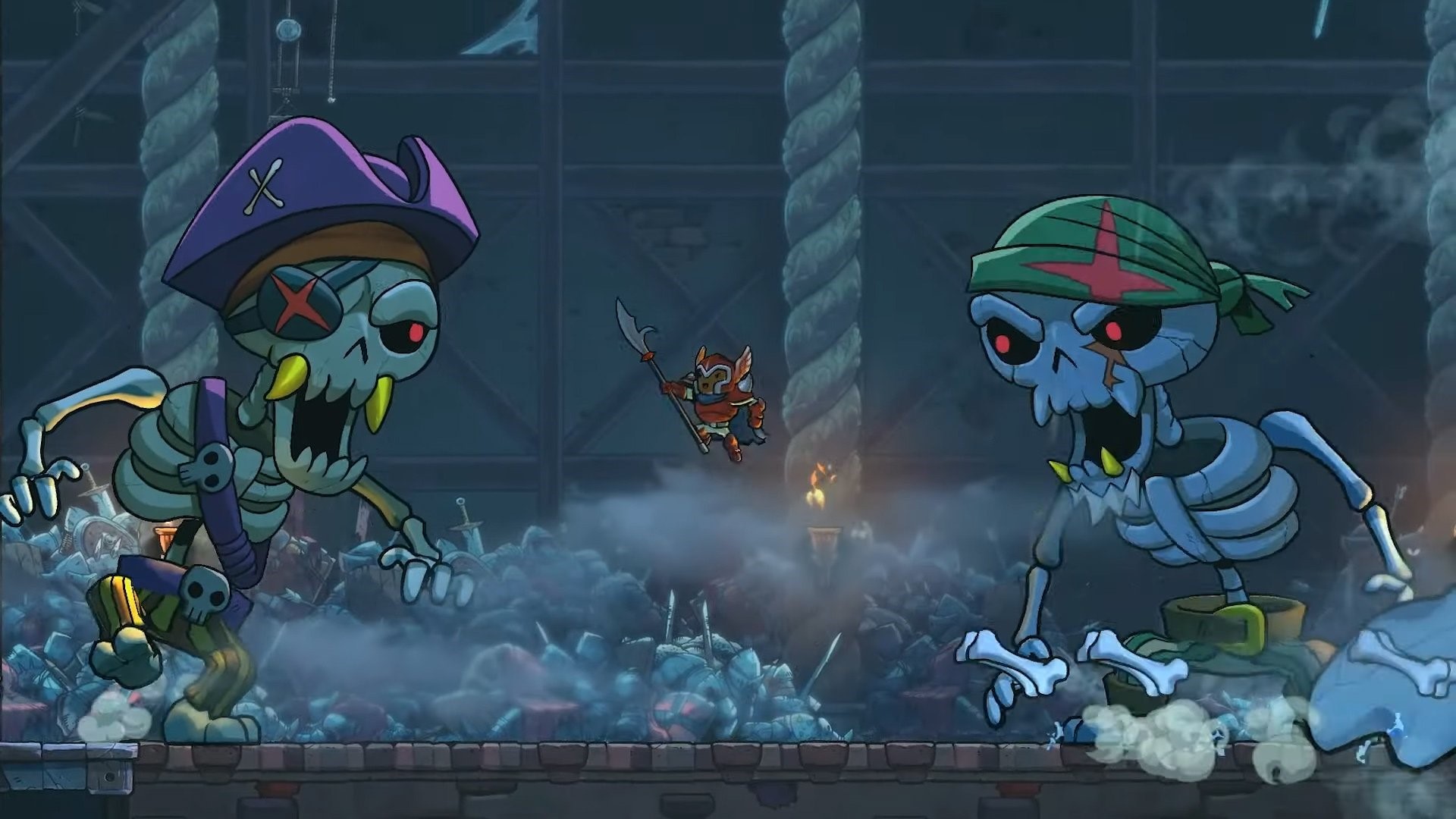 How To Beat Every Boss In The Game – Rogue Legacy 2

We’ll take on the technique to beat each boss.

You’ll challenge him in the Citadel Agartha, and his main strength is the sparks he shoots from his weapon. So you want to make sure to be behind him when you deal damages.

Avoid facing him directly and always attack from his back; this way, you’ll also be able to avoid his sparks.

For the void beats, you want to make sure you’re continuously attacking before they get the chance to retaliate. Watch out for the clubs they throw and get ready to be airborne at any time during the combat.

Estuary Naamah is always on the move during its attack.

So you want to make sure to use a weapon that shoots sparks or lightning while you’re also on the move and avoiding its attacks.

Estuary Enoch is a floating enemy with serious powers. You want to make sure you’re wielding double weapons and attacking continuously to wear it down quickly.

When you are not attacking, get ready to be airborne and behind it to avoid attacks.

This boss comes in the form of two eyes that shoots white balls at its challenger. At any chance that you get, attack an eye continuously, and when the other shoots balls at you, jump from the eye you’re attacking to attack the other.

Do these continuously, and you’ll defeat Estuary Irad in no time.

Estuary Tubal is a mighty boss with the ability to rain down fireballs.

You want to use a weapon that’s effective from a distance so you can attack and have time to evade his attacks and fireballs. Try getting behind him for most attacks too.

Jonah is a fast boss ability to rain down thunder and turn into a light ball. You should be as fast at it while using a spear. Match its speed and attack continuously to defeat him.

Cain is the most difficult boss, with abilities to throw clubs and floating balls. He’ll be hard to defeat, so you want to employ everything in your arsenal to avoid his attacks and attack him when he’s not summoning an attack.

Try getting behind him for most attacks and do it repeatedly.