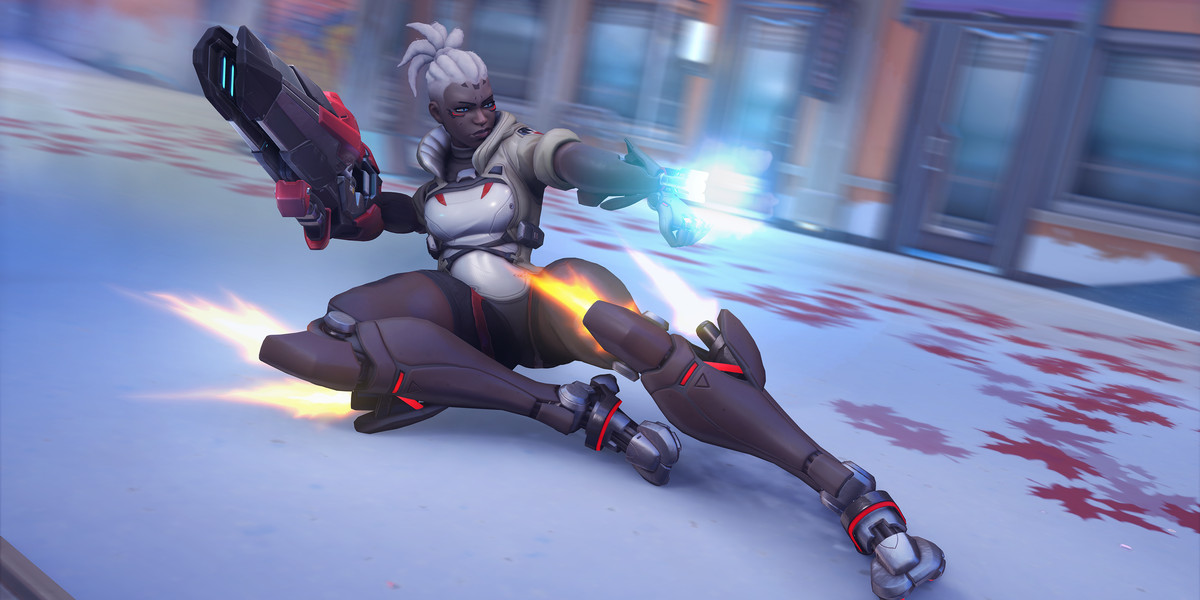 Sojourn is one of the latest addition to the Overwatch roster. Like most of the heroes in the game, Sojourn has incredibly high potential when mastered, though maintaining a consistent performance can be rather tough due to how reliant she is on mechanical skill and smart positioning.

In a way, Sojourn is more inclined toward the more advanced players due to that. However, if you aren’t to that level yet but want to know how to play Sojourn effectively anyway, then here are some tips for you.

Tips and Tricks for Playing Sojourn in Overwatch 2

Similar to other heroes, Sojourn’s abilities are what make her really powerful. Here’s a brief rundown on what those abilities are:

Railgun – Her main weapon, Sojourn fires rapid-fire projectiles that will build up energy. The stored energy can then be unleashed to fire high-impact shots.

Disruptor Shot – Fires an energy field that can damage enemies caught in it while slowing them down at the same time.

Power Slide – Allows Sojourn to slide in the direction you’re going and gain a speed boost in the process.

Overclock – Her ultimate ability, Sojourn’s Railgun will gain the ability to pierce multiple enemies. Not only that, but it will also cause her weapon to automatically generate energy for a certain duration.

How Sojourn is Played

Basically, what makes Sojourn really powerful is her Railgun which has two firing modes. The primary mode fires off rapid-fire projectiles that will gradually build up energy. Then, the secondary mode will use all those built-up energy to deal massive damage to enemy heroes. The more energy stored, the higher the damage dealt by the secondary firing mode.

Apart from that, she can also engage opponents via the Disruptor Shot ability. This creates a small AOE energy field that will slow down all enemies that pass through while damaging them at the same time. This is really useful for crowd control as it will allow your team to finish off any enemy hero that’s caught inside its area of effect. Of course, it has to be balanced, which is why it has a long 15-second cooldown.

If you want to master playing Sojourn, then remembering these quick tips can help you:

Don’t be afraid to spam the Railgun on your enemies. After all, it doesn’t have any recoil and Sojourn can reload it pretty quickly.

Fire at enemy tanks to build up energy since they’re pretty easy to hit. Basically, think of enemy tanks as “batteries” for your Railgun.

Combo your primary firing mode with the secondary mode. As long as you manage to hit a target with all shots, you can then fire off your weapon’s secondary mode to finish it off. This can easily take down 200 HP heroes in the game which is quite devastating if played properly.

Don’t get too close during team fights. Since Sojourn has no close-quarter abilities, you’ll want to keep your distance from enemies at all times. This will work to your advantage especially if you’re up against short-range heroes like Tracer and Reaper.

Use your Disruptor Shot ability wisely. Ideally, you want to fire it off on grouped enemies or ones that are retreating.

Don’t spam your Power Slide ability. It might be easy to get tempted to use it at all times, but then you’ll be caught up in a situation where you’ll have to use it but it’s not ready yet.

Sojourn works well with Zarya as the latter’s bubbles will keep her alive while she constantly spams her attacks on the targets. Also, Zarya’s ultimate will allow Sojourn to easily hit headshots with her Overclock ability.