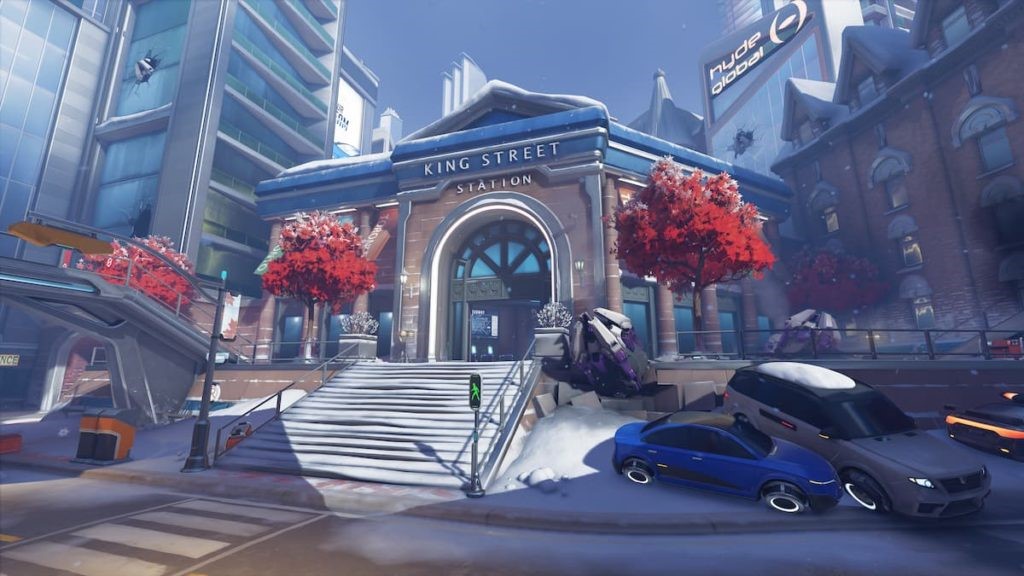 Midtown and Circuit Royal are the two newest maps that were introduced into the game. Each of them brings its own unique aesthetic and some cool new features that weren’t present in the already existing maps.

That said, let’s have a dive at what these maps feature and how you can work your way around them.

Midtown and Circuit Royal Tips and Tricks in Overwatch 2

The two new maps each belong to a separate category: Circuit Royal is an Escort map while Midtown is a Hybrid map.

First off, we’re going to start with Circuit Royal which is an Escort map that’s inspired by the real-life Monte Carlo casino. Here, you’ll find an immaculate map that’s devoid of any signs of war; a place where the ultra-rich appear to reside in.

As a highly advanced city, you’ll see high-tech cars going on and about the streets alongside alleys where heroes can hide for a surprise attack. The many hiding spots this map has to offer makes it a really lucrative map for snipers and heroes who have high mobility.

The strategy for this map is straightforward. For the defending side, they’ll have to rely on their snipers or mobile heroes to maximize the various real estate found throughout the map. This is where long-range DPS heroes like Ashe and Hanzo will shine.

For the attacking side, snipers won’t be that bad of an idea either. However, you’ll need at least one hero who has a vertical ability to take the ivy wall that’s located in Checkpoint A. Also, highly mobile heroes such as Tracer will be crucial in distracting defenders who are positioned on bridges and staircases.

It will be easier for the defending side to win as long as the attacking side won’t roll through points using mobile heroes. Meanwhile, the attacking side will face the dreaded “spawn camp” due to the presence of perches and staircases before Checkpoint A.

Midtown is essentially Manhattan’s smaller version, filled with iconic sceneries you can find in the Big Apple as well as its surrounding cities. As the newest Hybrid map, Midtown will feel quite massive compared to Eichenwalde and other similar maps.

However, it has tons of vertical spaces that players will have to keep an eye on.

The strategy for this map is a bit simple but will involve a lot of warding off attackers early on. The map’s initial capture point will involve a lot of disasters, especially in the train area. This is where heroes like Brigitte and Junkrat will shine as they can inflict major damage in the narrow space. If you don’t think you can win in a fight, then it’s best not to head into the train.

Shortly after, the time for defense will come. The defending side should have at least one long-range hero positioned in the streets to snipe enemies from the high ground. Heroes like the newly reworked Bastion or Sojourn could do well in this situation.

Chaos will be prominent in the Grand Central Station, as there are lots of hideouts and corridors located in the area. These will be a perfect spot for flankers like Cassidy and Reaper, though almost every hero can take advantage of them as well.