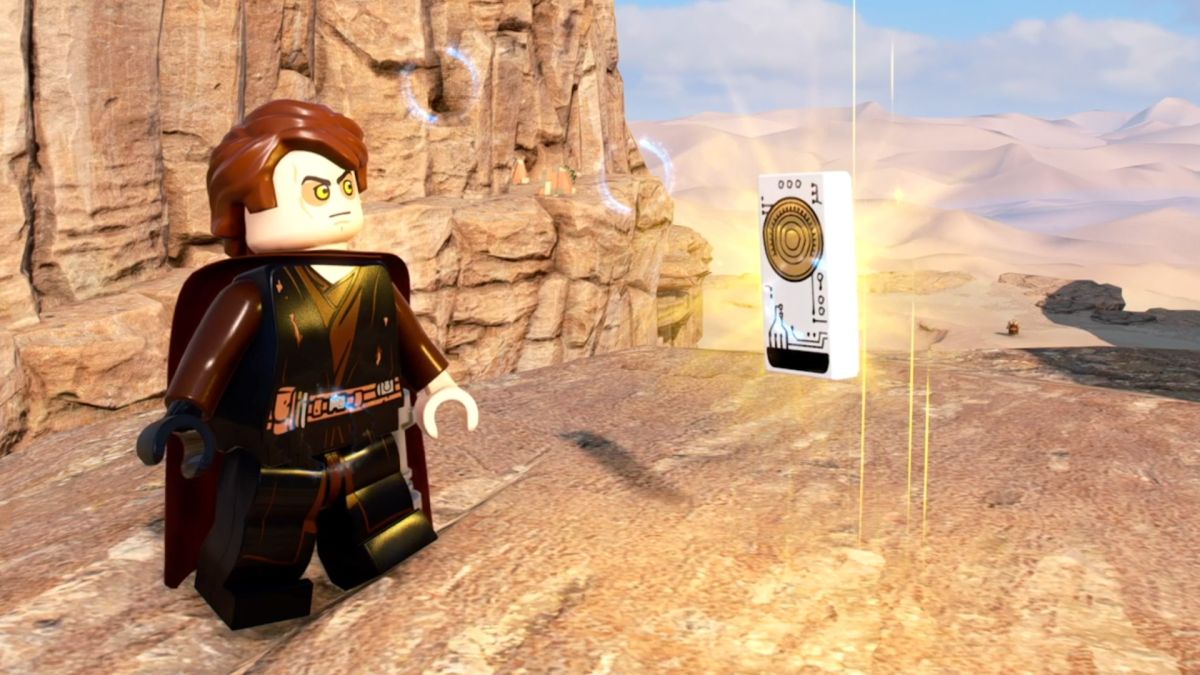 Some Datacards can be found extremely easily in LEGO Star Wars: The Skywalker Saga, but others are a pain. One particularly tricky Datacard is located on Coruscant.

How to find the Datacard on Coruscant in LEGO Star Wars: The Skywalker Saga

The card is located in the federal district. You need to go to the northwestern corner of the map, where you will find a black door. There should be an orange cable extending from it, which you should follow to a vent in the ground.

Path Below the City

You can destroy the vent with an attack, which will lead you to a road made up of a few ledges. Follow it all the way to the end – it’s rather lengthy. On the last stretch of the road you’ll find a red force field with the Datacard behind it.

Datacard Behind the Force Field

In order to get behind the card, you’ll need to turn off the force field first. To do it, you simply need to press the two red buttons on the ground simultaneously. You need to first position one character on the first button, then switch to the second character and press the other one. Or, if you’re playing with another person, both of you just need to stand on the buttons at the same time. Either way, the card should be yours.