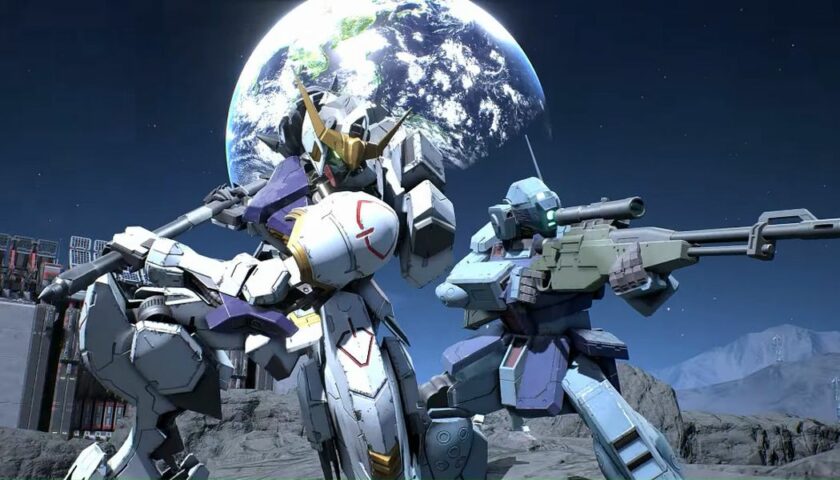 Not all mobile suits in Gundam Evolution are created equal.

Considering the nature of competitive online matches, it is important to understand which suits stack up best against the competition and what the best starter mobile suits to use are. This is particularly true for those sticking to the free-to-play aspects of the game.

Gundam Evolution’s range of mobile suits are ranked corresponding to different ‘tiers,’ with S-Tier being considered the ‘best’ and D-Tier considered among the least playable.

You can view the rankings as follows:

S-Tier mobile suits tend to be the most well-versed in terms of all kinds of situations and performance aspects. Barbatos and Sazabi, in particular, are noted as being the aggressive and most dominant of the suits for tank players.

We won’t be touching on the suits you can purchase, so we can keep this guide strictly to the free-to-play aspect, and suits that are available to all players.

Sazabi – more of a tankier bubble suit. As we mentioned, this is one of the strongest suits in the game outright. Sazabi is able to reveal enemy locales, boost around towards team allies and protect them, and the shotgun/shield combo can easily take on the competition in closer range combat.

The shield Sazabi has also increases its total HP by 1,600. This puts it at a whopping total of 3,000 health – making it by far the tankiest suit in the game. Melee attacks and stun attacks can break through the shield, meaning Sazabi players will have to boost around melee attacks/melee players and players using suits like the RX-78.

For Overwatch fans that are slowly migrating over to Gundam Evolution, Pale Rider might be worth giving a try. Pale Rider is actually quite similar to Soldier 76 from Overwatch, which can help to bridge the jump between games.

Pale Rider’s assault rifle deals massive amounts of damage. For those who just want an all-around buff suit with high damage output at all ranges, Pale Rider can destroy enemies easily that are out of cover or unshielded.

Those that are in hiding can be brought out using EMP grenades and frags. Pale Rider’s healing beacon can also help heal the entire team if they’re grouped together and within radius. Much like with Sazabi, Pale Rider’s primary weak spot is with melee-based suits.

An all-around healer and more balanced unit. Methuss functions as more of a supportive healing character, with the highest healing potential in the game.

Not regulated to a healing unit, Methuss can still damage other units while healing a single target at the same time – with its two dual pistol primary weapons. Active skills also include a deployable turret that can auto-aim to damage enemies.

The G-Maneuver with the Energy Cable can increase damage to a target unit, while also reducing the amount of damage that target does to you. This is extremely effective against the previous two suits we’ve mentioned.