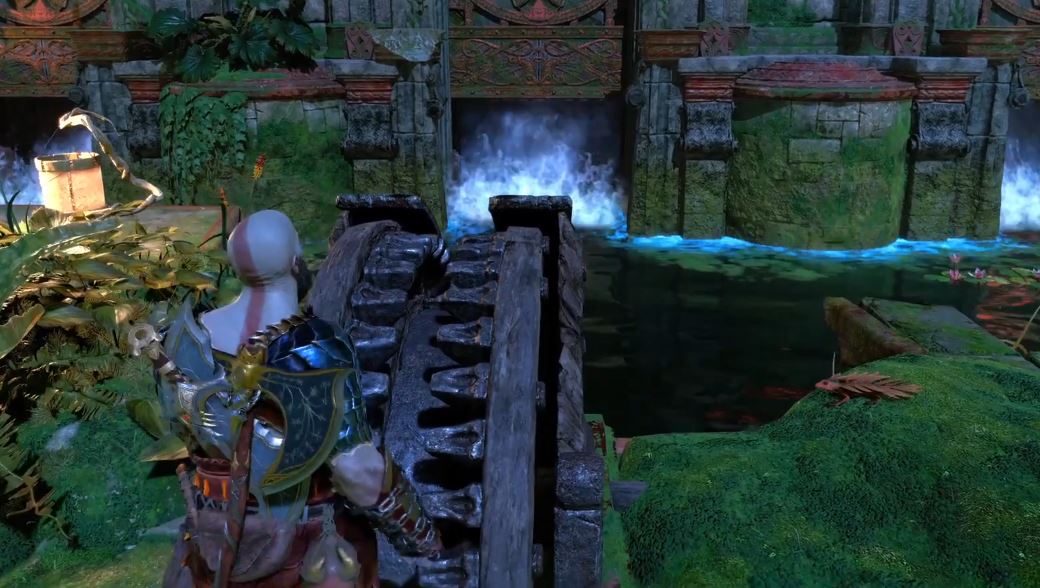 There are several optional areas that you can visit in God of War Ragnarok. One of them is the Crater which is a huge area in Vanaheim that also happens to be hidden. However, you can only get there in the later parts of the game.

That said, as you explore the area, you’ll come across dam gates that will prevent you from going further. This guide will show you how to open them.

To get to the dam gates, you first need to enter the Jungle region. After progressing a bit and reaching the upper dam, you’ll then come across the closed dam gates. This is where the puzzle starts.

The solution to opening these gates is actually pretty simple. As you can see, there are brambles that are blocking one of the gates. Your objective is to burn them so they will no longer clog the gates. To do this, you have to use Freya’s arrows and align them in a way that they can trigger an explosion. Here’s an example:

After that, throw your Blades of Chaos toward the leftmost rune to cause an explosion. This will then cause fire to spread through the other runes until it reaches the brambles. Once you’ve done burning the brambles, interact with the wheel in the middle.

This will then cause the floodgates to open, allowing water to return to the jungle. At the same time, you can now access the remaining areas of this region.

Want to become the best wizard? Read this guide! 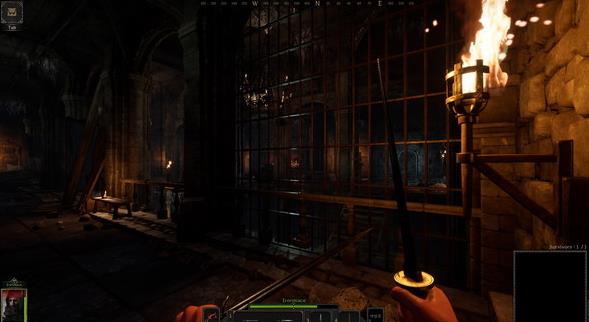 Although being a Wizard has its own flaws doesn’t mean you can swish and swosh magic you’re untouchable—there will always be a weakness for every character—playing as a Wizard is such a game-changer because you can actually help your teams and harass enemies to make an opportunity for your melee friends. But today we’re not going to talk about that—we’re going to talk about how to become a good Wizard player in the Dark and Darker.

The Ups and Downs of being a Spell Caster

In contrast, the Fighter only needs to watch out for blocking if they have a shield and swinging if there is an opening. In order to determine the greatest overall “build” that Wizards who appear to perform well are utilizing, let’s go over every element of the Wizard in all of the Dark and Darker.

Along with the Rogue, the Wizard is the other extremely vulnerable class in Dark and Darker. Both classes give up some of their base HP in exchange for more adaptability and the ability to deal out heavy damage bursts when necessary.

Wizard Skill Loadouts Don’t Vary All That Much

The Wizard’s Skills are significantly less creative or enjoyable to use than those of most other classes. Only one of the two active Skills—Intense Focus—feels “exciting” to use, and only half of them offer passive effects.

It’s not particularly pleasurable to push a button, sit down, and meditate in order to get several Spell casts back, even though meditation is by far the superior alternative.

With that said, the three main combinations employed by Wizard players are described below in order of decreasing frequency of use:

The Perks for Wizards That Offer the Best Bonus

One of the few classes that has a wide variety of Perks to choose from is the Wizard. Players can choose 2 alternatives from a total of 9, with the following 9 being the most popular ones:

Like the Rogue, a wizard has little to no knowledge of armor; all they are familiar with are tomes and spells; they have no idea what Chain Mail and Plate Mail are. But that doesn’t guarantee that a Wizard won’t switch to superior gear in the middle of a game.

Wizards typically wear one of the following items at all times:

However, Wizards should typically look at the stat bonuses on armor for anything connected to Knowledge rather than Defense, even if they can wear any gear that isn’t expressly dedicated to a particular class.

It’s not exactly a good combination when it comes to wizards and weapons. It doesn’t make sense for wizards to be good swordsmen since they are spell-casters first and foremost.

A Wizard does, however, have a few alternatives when it comes to melee combat and a few options for the catalyst they use to cast spells. These choices are the best for both:

What spells are most effective against a wizard, and why? And if not that, which ones are the most “meta”? Do these wizards fit into the category of specialists, such as those who utilize White, Green, Red, or even Blue magic, or are they a little more stereotypical?

These appear to be the findings after conducting some study, ranging from least to most frequently used:

This class is undoubtedly one of the hardest for a new player to play out of all the classes the game currently offers.

Players should pay close attention to any stats that increase magic damage, Knowledge, magical power, spell capacity bonus, Will, and buff duration. Additionally, there are a few additional, more general advices to bear in mind:

ALSO READ: Dark and Darker: How to Play the Fighter Class Guide