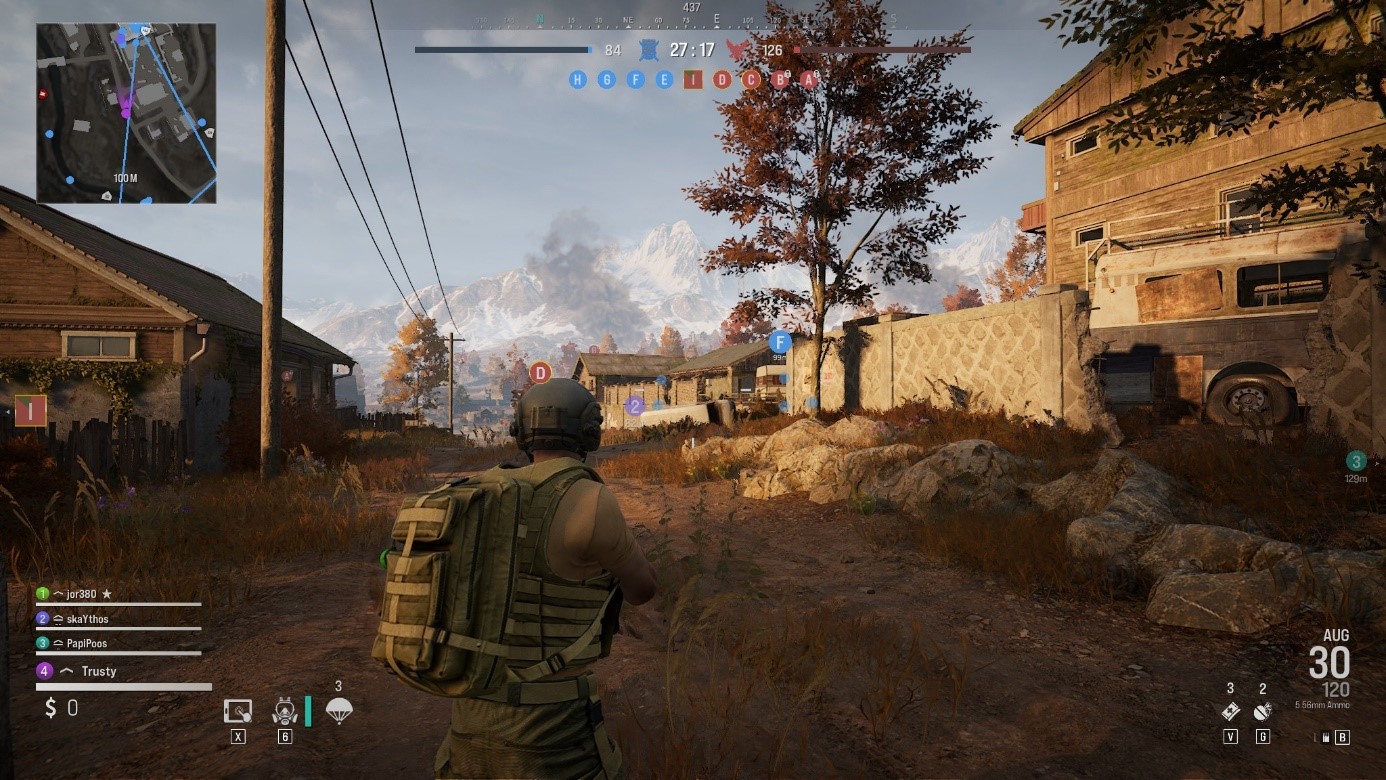 With every free-to-play FPS game comes a set of rules unique to it, and Crowz is no exception. Though the game isn’t all that different from other shooters, it has a few of it’s own gimmicks to keep in mind while playing.

In Crowz, you take a role of a mercenary deployed into different hot zones in order to collect the game’s unique resource called Q-on. Your main goal is to gather enough in order to summon the Evac Helicopter. Of course, this also happens to be the goal of every other player on the map – and there’s only so much Q-on for everyone…

The game has two modes – Squad Operations and Blood Zones. Squad Operations, despite their name, focus less on teamwork, dumping you into enemy infested territory where you’ll have to gather Q -on yourself. In Blood Zones, you’ll play as a part of a squad, fighting to capture specific Q-on extraction points.

The Q-on come in two forms – there are solid ones, that can be picked up, and those in form of a gas. The gaseous ones need special eq2uipment to be collected, and this process takes time, which might require you to protect your position.

After gathering enough Q-on to summon the helicopter, the game’s still not done. Every player will be alerted, and the one who ends up getting in the helicopter wins the match, so expect a violent fight if you’re trying to get out with your loot.

In the Blood Zones mode, you’ll be fighting over two types of command points – rectangular ones and circular ones. The rectangular points can be captured any time and give more Q-on, while the circular are less profitable and can only be captured at specific moments during the match.

Before deployment, you’re given a chance to customize the equipment of your mercenary. Choose the types of weapons that suit your playstyle, but keep in mind that these are only basic pieces. Better equipment can be found on the maps, and it comes in a few colors, indicating it’s rarity. You’ll also have limited inventory space, so don’t be afraid of discarding common items in favor of rarer ones,

You’ll also find some vehicles on the map that can give you an advantage over other players. Some of them, like tanks and helicopters, are particularly powerful, with no way to damage them using conventional weaponry. You’ll need tactical equipment, such as sticky bombs and rocket launchers to deal with them, but in most cases, the best course of action is to avoid confrontation with those entirely, by sneaking pas them.

These are all the basic information you’ll need to understand the general rules of Crowz. Of course, as you play, you’ll probably come up with your own, advanced strategies, but these few simple tips should make your first contact with the game a little smoother.