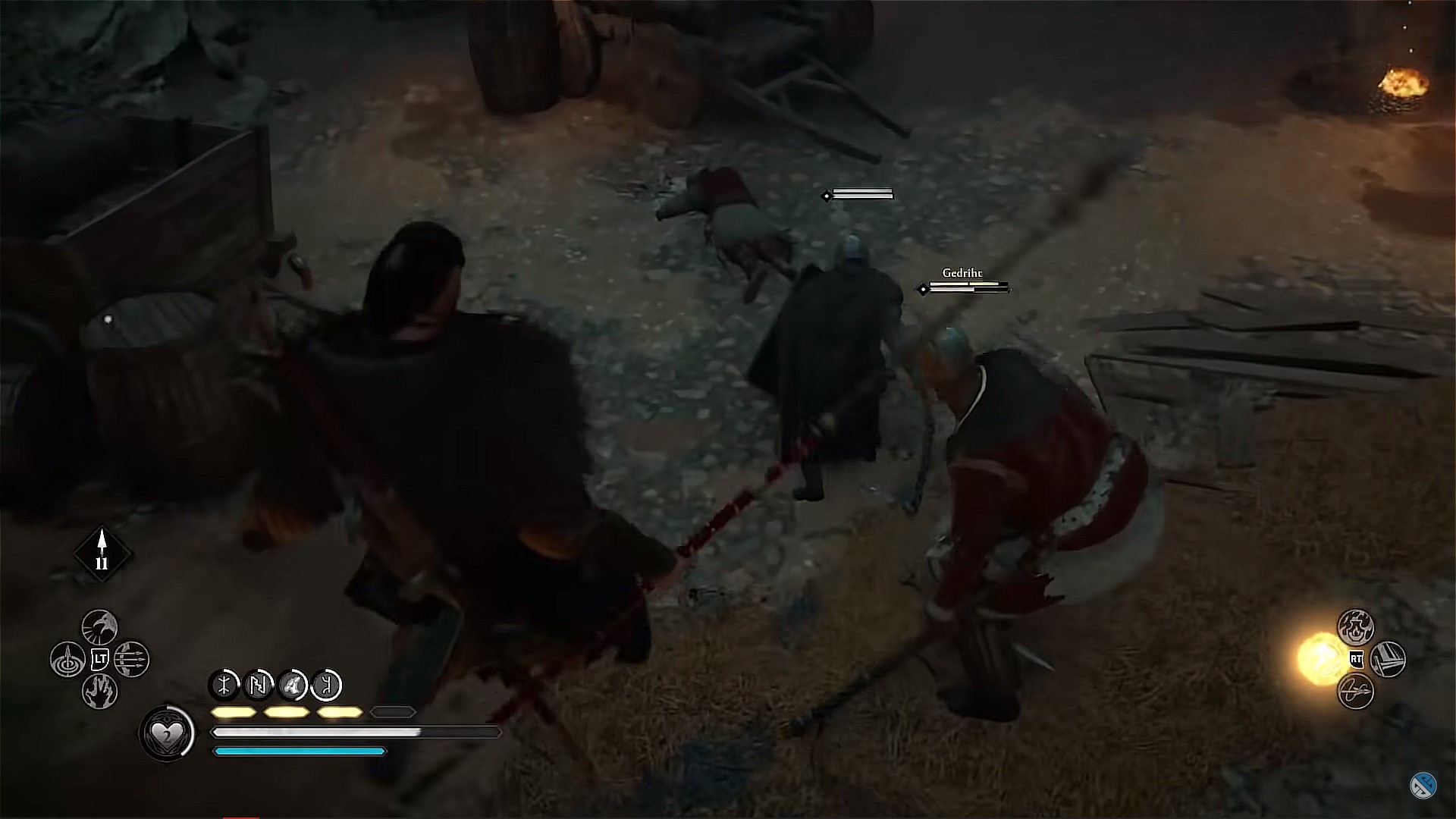 Assassin’s Creed Valhalla is filled with a plethora of unique and terrible weaponry. While playstyles are going to vary between players, making some weapons more or less useful then they should be, there are some weapons in the game that are just so strong it’s hard to go wrong with them. While stats are important, what primarily sets weapons apart in Valhalla is their secondary effects.

The blazing sword is a Mythical level short sword. Besides its impressive stats, it also boosts a unique ability that allows you to fling an energy projectile whenever you do a light attack.  While the energy projectile doesn’t do much damage, the distance it gives you combined with the light stun from the hit to interrupt attacks allow you to get in for more damage than you might expect.

The game doesn’t hand it over easy though, as you’ll have to complete the Tombs of the Fallen challenges and collect the appropriate artifacts, then continue on to the Eden Ring Station and complete all the puzzles associated with that section. Not exactly easy, but absolutely worth it.

The Gae Bolg is a divine spear that packs a punch powerful enough to run roughshod over your enemies. Why is this spear so powerful beyond its incredible stats? Because after 3 hits, a lightning strike will hit your enemy causing extra damage, but most importantly, has a chance to stun your enemy. With most normal enemies, dropping them into stun mode leaves them wide open for a kill animation attack.

Being able to reliably down just about any regular enemy with 3 hits and an animation is not only incredibly powerful, but also very convenient. This spear can only be found after defeating the final boss of the Wrath of Druids DLC, but the power of this weapon alone may justify taking on that mythical boss to get your hands on this spear.

Fans of our Bearded Bruisers are going to love the design and look of this beautiful axe, but what’s going to convince you to use this thing is that it has the best stats of any axe in the game, but once again, its incredible perk sets it apart. After each kill, your speed will increase for 40 seconds, stacking 3 times.

So not only do you have one of the most powerful weapons in the game, but because of your increased speed negating the downside of the axes slow attacks, you end up with one of the highest DPS weapons in the entire game. Sadly, this weapon is locked behind the Helix Credits, which means that if you’re not willing to shell out real world money for it, you’re going to be stuck rolling the dice with Vendors like Reda and hope that they have the weapon available at the time.

Powerful spears are common in stories and history, and it’s no different in AC: Valhalla. Gungnir has the same legendary stats, but combines them with an extension force field. While personally, I believe that the extended arrow field of the spear is more than a little silly looking, the gameplay advantage such a ridiculous reach gives you without negating your ability to deal damage at mid/short range is super important.

Stashed in the region of Hordafylke, accessible after the Brother’s Keeper mission, the spear isn’t all that hard to grab, it’s just very, very remote, down the left hand corridor in the cave near the final mission.  Simply yank it from the wall, and the spear of Odin is yours.

Are you worthy to lift Thor’s Hammer? You’ll have to prove it by collecting all the pieces of Thor’s armor, which is no easy task. But just like Gae Bolg’s lighting stuns prove to be incredibly powerful, Mjolnir ups the ante by giving you a chance to lightning strike on every hit, and gives you an absolutely wicked looking electric blast to all your finishers.

Combined with just the power of its stats, Mjolnir is a weapon worth hunting down and obtaining. Plus, who doesn’t want to summon the power of the god of lightning with an almighty hammer strike?