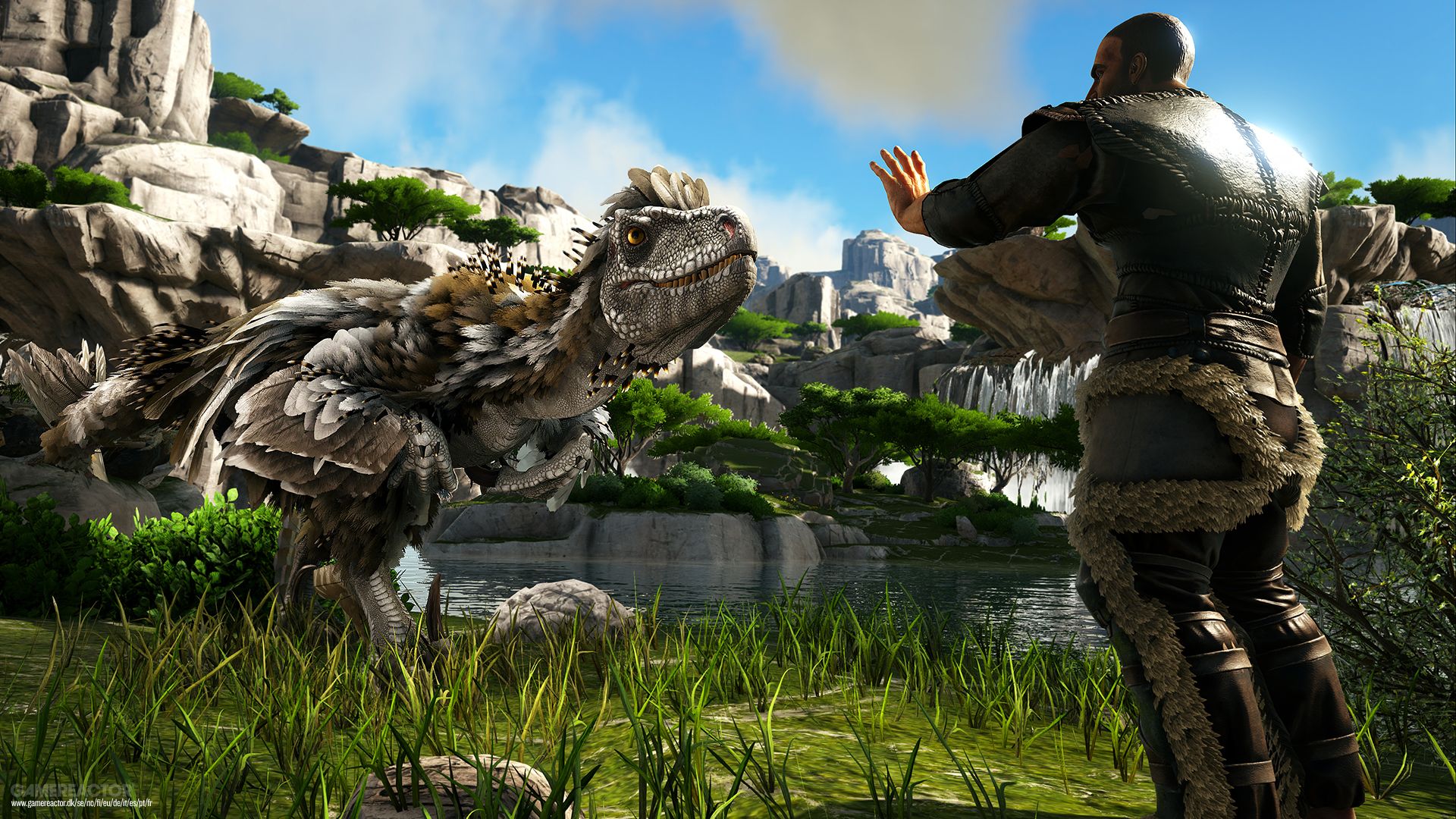 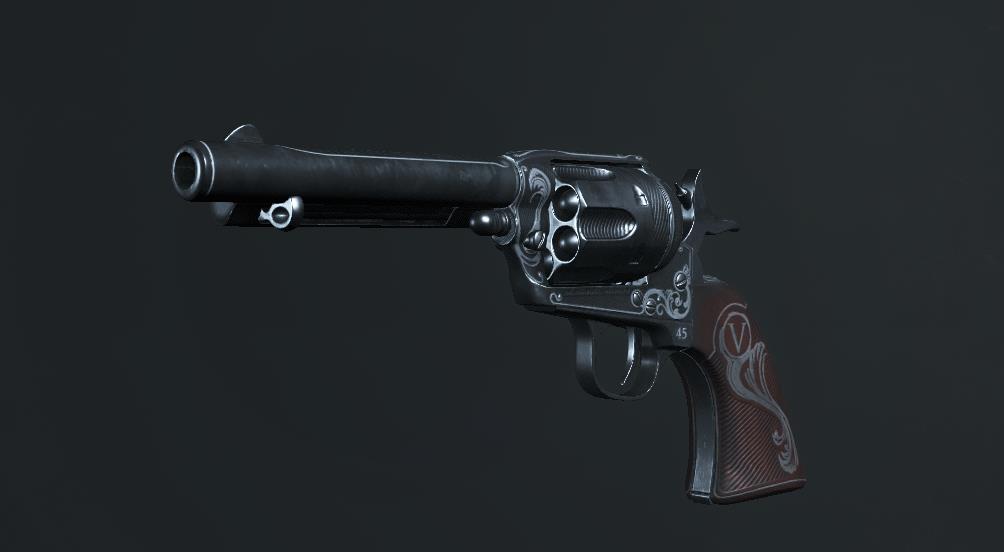 If you ever get an itch to shoot guns that don’t fire automatically then Hunt: Showdown would be one of the many titles out there that will definitely fit your fancy. Shooting guns never felt more fun and exhilarating at the same time as you remember that every shot counts along with every peek you take. However, there are times where you don’t feel like fanning your six-shooter or blowing someone’s kneecaps off with a 12 gauge. So instead, you end up in the store looking at the other guns and you start to realize that you’ve seen some these before somewhere.

As you may know, the 19th century was a very good time for firearms innovation and Hunt: Showdown takes a lot of inspiration from that. It would be no surprise if you recognize some of the firearms presented here but we’ll start with ones that are easy to take in first!

One of the new additions to the bounty hunter’s arsenal, the Caldwell 92 New Army is the second double-action revolver that’s made available to players in the game. (With the first one being the Nagant M1895 Officer, another interesting piece of hardware that we’ll touch up on later.)

Its real life counterpart would be the Colt Model 1892 which would shortly be upgraded or replaced with the Colt M1909 and 1911 as people found the caliber it used to be insufficient. The model was mostly known for its swing-out cylinder, the first of its kind.

Your first “sniper rifle” at the beginning of the game. Usually overlooked at by new players due to its punishing two second reload, that and you only have one shot until another round needs to be loaded in. Quite handy to have if you’re strapped for money however.

This machine was based on the Trapdoor Springfield, a rifle with a breech-loading mechanism (hence the name). A welcome change compared to shoving powder, a piece of paper, and a metal ball in that order while constantly getting shot at.

If not for the Caldwell 92, the Nagant Officer would’ve been your first Double-Action revolver. Used by players who want freedom from their first sidearm, which is the Nagant M1895. A good choice if you’re not in the habit of using the suppressed version.

Named after the real Russian Nagant revolvers, both models also have their own single and double-action variants. The cylinder does not swing out while reloading so it relies on you having to utilize the ejector rod to push out spent casings, as with most pistols during that time.

This is given to you at the start of the game now just like the Nagant. The Scottfield is a top-break revolver, this means that the barrel is pushed downwards upon release which exposes the cylinder. Reloading this pistol is made easier, especially if you use all six rounds before doing so.

The real piece behind this one is the Smith & Wesson Schofield Model 3. Sadly it wasn’t used as much compared to the well-known Colt Single Action Army, one of the concerns were its inability to fire higher caliber rounds due to the top-break mechanism it had.

The nine plus one surprise! You receive this just before you wander into double-action territory. The LeMat Mark II has nine rounds and one barrel underneath that houses 20 gauge fury. Great to have thanks to the ten shots including the shell, quite a different story when you have to reload though.

The original Lemat was a cap and ball model, a somewhat strange option made by the developers as gun experts have said that there are models out there that used cartridges during the time.

More on reloading, you also have to load the original with powder first and then follow up with a ball that needs to be pushed in using the rod seen in the image. That needs to be done nine times if you’re not including the shell so emptying this in the heat of battle means that it has done its duty for the day.

Your first semi-automatic pistol! If you’re Scrooge Mcduck then you’ll never be seen with the players complaining about this and the Dolch’s (Mauser C96, you know this pistol well.) price tag. A fun contraption to play with if you don’t mind losing it to someone with a Derringer.

If you saw Big Jake (1971) and The Mandalorian then that would be the only two times in history that you’ve seen this weapon in popular media, besides the game itself of course. In real life it’s called a Bergmann 1896, the prototype was made three years before the famous Mauser C96 but Star Wars: Episode IV used the latter first so the Bergmann had to deal with the obscurity for a little longer.

Leave the pistols and revolvers behind for good with the trusty Bayou SMG! Assuming you have the Fanning trait of course. With 17 rounds available to shoot (34 if you’re using two) you’ll definitely have the ability to intimidate and suppress enemy bounty hunters nearby. Pray that your friends can cover you while you reload.

Reloading is a funny word to think about when looking at this piece, in a practical sense it’s not. Simply having this on your holster is enough to slow you down, let alone trying to aim down the sights with it. The original six-shooter model is a Colt 1872 Open Top.

The bicycle madness version that you’re seeing is based on the Treeby Chain Gun, a model that’s slightly more pleasing to look at. It can fire 30 rounds in just one minute and thirty seconds which is a very impressive figure for a rifle made in 1855. Sadly, only two of it were made.

Moving away from break-action double barrels and revolvers, here we have the grandfather of all pump-action shotguns. It has a distinct sound in-game making it easy for you to realize the danger you’re going to partake in. You will need some good jazz hands if you want to reload this device under fire as well.

Resembles nothing else but the Spencer 1882, a very important figure in shotgun history as it’s the first of its kind that successfully went into mass-production. The well-respected Trench Gun or Remington 870 would’ve never existed without it.

Another first timer that shouldn’t be taken lightly. Just like the Spencer, it too has a recognizable sound when you’re out in the Bayou. Jazz hands not required as this technological marvel was made to remove all the convoluted hand movements at the cost of burning a hole in your pocket.

Known in the real world as the Browning Auto-5, designed by none other than John Moses Browning himself. If the Benelli M4 ever gets a chance to think autonomously this would be the first thing to cross its mind. Even John himself called this semi-automatic miracle his greatest achievement!

What isn’t so great is that another shotgun that functioned differently but basically did the same thing was also made one week later somewhere in Sweden, resulting in the Sjögren Inertia Shotgun settling for second place. Firearm manufacturer Benelli would later on take some inspiration from the work they’ve done, which is nothing short of a huge understatement.

Feared by rats and players who avoid Call of Duty due to their lack of patience in handling an automatic firearm, the Avtomat prides itself in coercing the inhabitants of the bayou into doing two things: Something rather clumsy like walking into its line of fire, or something smart like becoming its new owner.

A somewhat anachronistic addition to your arsenal as the Huot Automatic Rifle was designed in 1916 and Hunt is set twenty-one years prior to that. The in-game model is from a modified Mosin-Nagant while the Huot was conceived from the Canadian Ross Rifle. And those are the most popular yet somewhat unusual firearms that you can also see in real life! If you have the resources to do so. Now you have an idea on what to use as your main once you step out into the bayou.